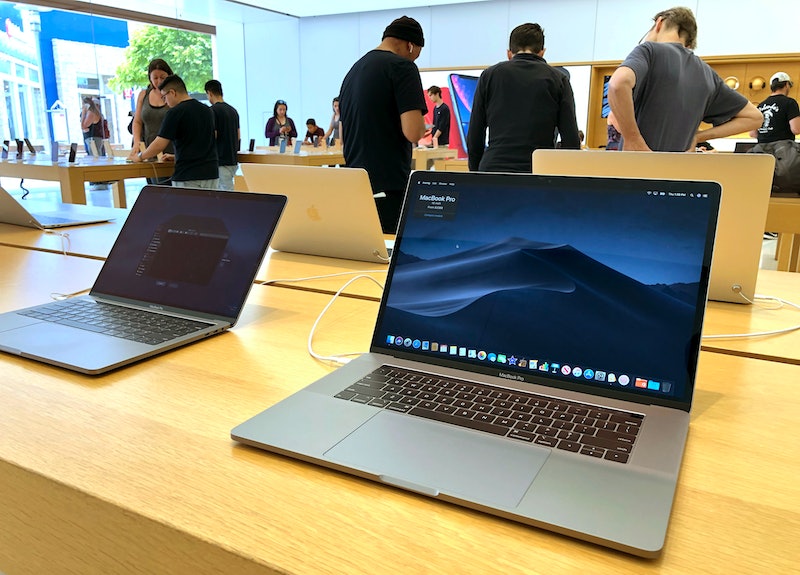 Apple launched its newest operating system on Oct. 7, and it comes with lots of exciting new additions including Apple Arcade, Sidebar, and Voice Control. But if you have older versions of certain apps, macOS Catalina might not be compatible with all of them. Fortunately, there's an easy way to check and see which apps you need to update before downloading the new operating system.

MacOS Catalina is compatible with up-to-date versions of most major apps you use. However, you might find that older 32-bit versions of apps like Pages, Keynote, Final Cut Pro, Logic Studio, iTunes, Photoshop, Microsoft, and Scrivener don't work with it. This has to do with Apple's transition to 64-bit technology, which began over 10 years ago. The transition, according to Apple's Support site, facilitates more memory access and improves performance speed, among other things. "Starting with macOS Catalina, 32-bit apps are no longer compatible with macOS," the page explains. "If you have a 32-bit app, please check with the app developer for a 64-bit version."

In fact, in 2018, Apple informed its developers that macOS Mojave — the previous software update — would be the last one to run 32-bit apps. Aside from checking which of your apps are 32-bit before updating, you can also check with the developers of your favorite apps to see if there are newer versions that'll be compatible with the software update.

Still, some people are Tweeting about reported compatibility issues with updated versions of certain apps like Scrivener, a word-processing program designed for authors. For that reason, Scrivener asked in a Tweet that people give it time to work out some glitches before deciding to upgrade their operating systems.

Furthermore, with the introduction of macOS Catalina, iTunes will no longer be available as Apple Music takes its place. And with iTunes, XML file support, which some DJs use to organize their music files, will disappear as well. If you want to update your MacBook but are worried about losing your iTunes files, there's an easy solution: you can make a full backup of your Mac with Time Machine, a built-in Mac feature for backing up files.

And if you're concerned about which of your apps are outdated and might not be compatible with macOS Catalina, your MacBook will tell you. As Apple explains on its support page, you go to the Apple menu, click on "About This Mac," select "System Report," and then choose "Legacy Software" in the sidebar. From there you can see all of your apps that are 32-bit and therefore won't work with the new software update. If you attempt to use one of these 32-bit apps in the macOS Catalina update, you'll be prompted with a pop-up that tells you that the app is not optimized for your Mac.

So in a nutshell, before downloading and installing the new Apple operating system, just make sure to check which apps need to be updated beforehand so the process goes as smoothly as possible.