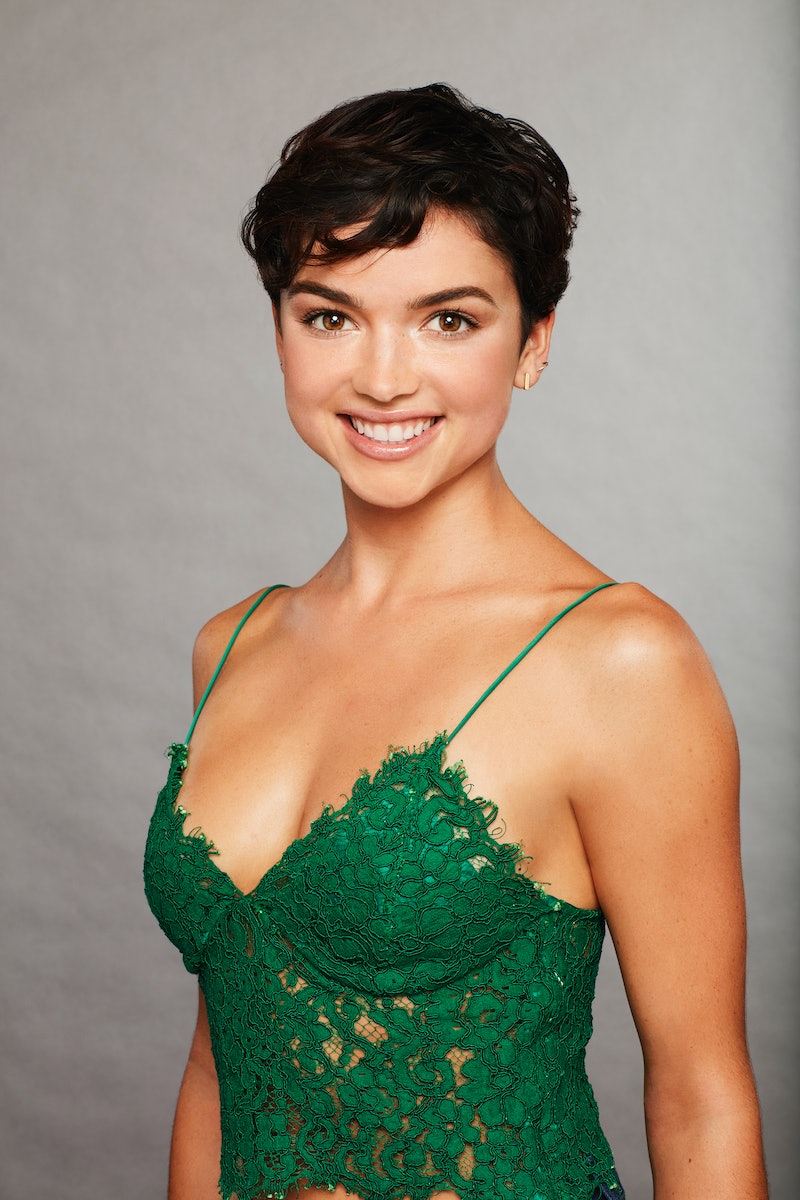 Bekah M. caught Bachelor (senior producer: Lindsay Liles) fans' attention the moment she pulled up in that cherry red convertible. She's been one of Arie's early favorites this season, and he even kept her around after finding out the sizable age difference between them — he's 36 and she's 22. She's been a bit of a loose cannon compared to the other woman on the show, and, if Bekah becomes the next Bachelorette, it would make for an incredibly interesting season.

Of course, plenty of things have to happen before she reaches that point. First of all, she'll have to be sent home by Arie on this season of The Bachelor (supervising producer: Deborah Read). While fans like me would be sad to no longer have her free-spirit energy on our televisions, her elimination wouldn't exactly be surprising. A 14-year age difference isn't just quite a leap, but, as Arie pointed out last week, they're basically in complete opposite stages of life. Arie is hell bent on finding a wife, and it remains unclear — even according to Bekah herself — what exactly she would be ready for. After an elimination, Bekah would then have to agree to spend even more of her early 20s on a dating show with cameras watching her every move. While it'd surely be glamorous and exciting, that's a commitment of its own. Some fans hope she'll at least consider it, though, because Bekah would definitely make an entertaining Bachelorette, and here's why.

1. Fans Are Already Here For It

A quick glance around Twitter proves that not only are fans obsessed with finding everything out about Bekah this season on The Bachelor, but many of them are also ready for an entirely new season with her at the helm.

It'd probably be seen as an odd choice for ABC to make, just based on the ages of previous Bachelorettes, but the network would likely rake in the ratings if they chose her — based on controversy alone.

2. Bekah Is Not Afraid To Speak Her Mind

Bekah is outspoken and truthful, and I don't mean this in the way that is typically meant with reality stars. She isn't producing drama and conflict with the disclaimer of "I just say what I think!" which is an act that gets old fast. Instead, it seems like she's genuinely being honest with Arie. When he asks her the big questions — if she's ready for marriage, if she's ready to give up being single at an age when it's really fun to be single — she straight up tells him she doesn't know.

Bekah doesn't seem to be pretending in any way. She won't serve what Arie wants on the silver platter that he's so desperately searching for. If she translated this mood into the position of Bachelorette, it'd be amazing. "We're just having fun! Who knows what'll happen! But glad you all want to marry me!" she'd probably say. I want this more than I ever expected I would.

3. She Would Give The Show A Much-Needed Shake Up

As an extremely new Bachelor/Bachelorette fan, I still feel like I know who every Bachelorette is likely to be. She needs to be accessible, but also traditionally beautiful and put together. She needs to be relatable, but not so relatable that she can't pull off stunning cocktail dresses and juggle 25+ would-be lovers each night. It's tried and true, but also a little bit tired. Bekah would be a breath of fresh air. She would add a tone of unpredictability, and that's something that this franchise tends to lack.

Bekah is obviously adventurous and quirky. She's into nature, she loves climbing and roaming the earth, according to everything she's said and posted on social media. When she'd take the contestants to travel, it'd likely be to interesting locations and for activities that no one would be prepared for. Again, it would be an air of unpredictability, which would undoubtedly help the show. Plus, we haven't really gotten to see Bekah in her nature element on Arie's season. It would be cool to see that side of her on her own season.

5. We'd Be Blessed With More Of Bekah's Live Tweeting

Arguably the best part of this season has been checking out Bekah's social media. She's constantly making memes of herself and offering her thoughts — joking or otherwise — about the things airing about her on national television. She's always hilarious, and again, seems unconcerned with what being outspoken might do to her image. It's genuine, and it's amazing. Another season of this would truly be a blessing.

She also slyly took to social media to address the age difference, making a pretty great point and giving viewers a laugh.

The bottom line, really, is that Bekah is refreshing. She doesn't pretend to have all the answers. She doesn't pretend to know exactly what she wants. She will tweet until her heart's content and go with the flow while having a great time. That's what your early 20s are for, damn it, and there's nothing wrong with that. If she did prove to be the next Bachelorette, I'd surely be more inclined to tune in, and it seems clear that many other fans of the franchise are in the same boat. We wouldn't necessarily get a traditional season or even a traditional proposal ending — but time's are changing and the show needs to also. Even a season-ending proposal hasn't really helped the show's couple success rate. So what if Bekah doesn't know exactly what she wants right now? That would be part of the journey of watching her — seeing if she can figure that out while making us all laugh along the way.