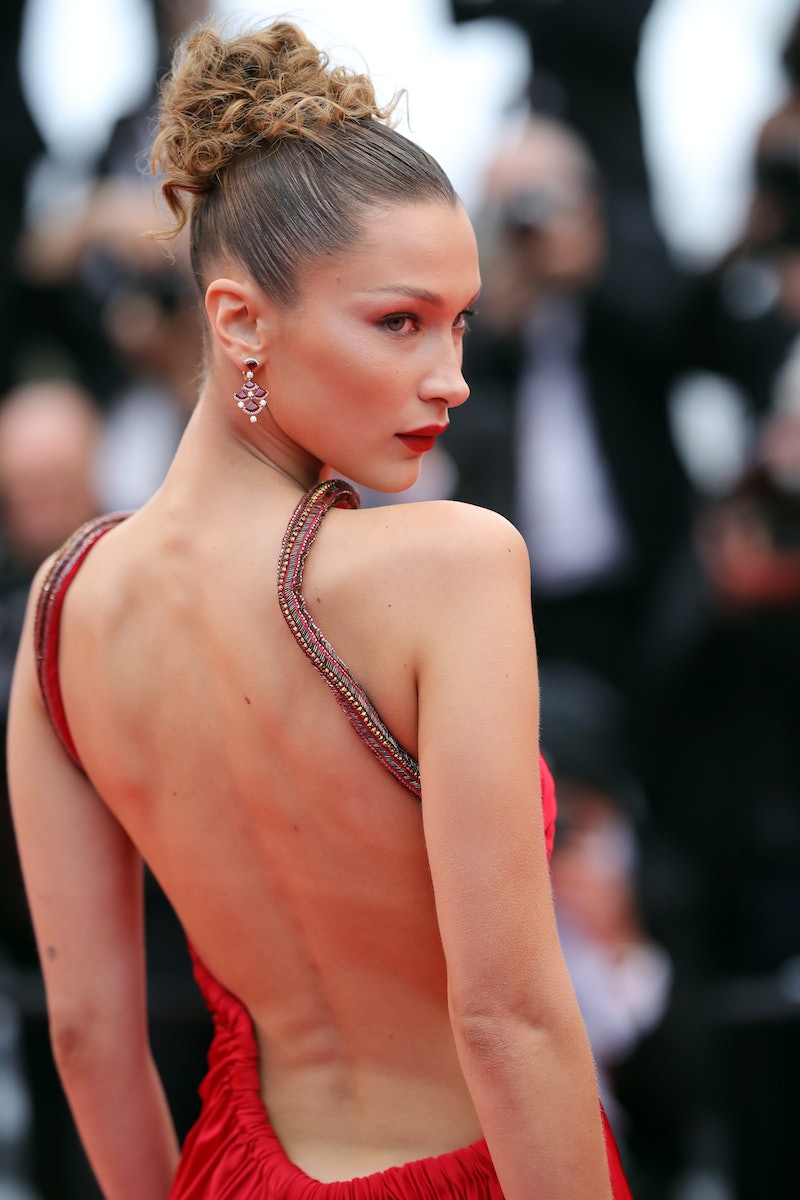 Summer 2019 has been a season of constant change for one of your favorite supermodels. Bella Hadid has long blonde hair now and this style looks longer and lighter than her sister Gigi's famous coif. Bella has been steadily going more and more blonde with her hair in recent months. However, she just posted a photo on her personal Instagram showing off loose, golden blonde locks. Her latest style also appears much longer and more layered than fans are used to seeing. Bella, who is the younger of the supermodel siblings, is known for her chestnut brown, glossy, and straight strands, while Gigi's blonde waves are her signature. Now, Bella and Gigi are now essentially twinning with their tresses.

Hadid has been playing with her hairstyle for much of 2019, having opted for temporary, shaggy bangs before returning to her natural dirty blonde shade at the encouragement of fashion photographer Mert Alas. Hadid also shared an Instagram story back in mid-July in which she debuted bright blonde ringlets. She tagged W in the caption, suggesting that her lighter locks were for a specific magazine shoot. The model has shown off that same golden shade in several selfies since. However, this recent longer look boasts loads of face-framing layers, which are super versatile.

It's possible that Hadid added some wavy extensions to achieve this length. You can't quite tell from the photo. The only thing that is truly certain is that Hadid looks as amazing with blonde strands as she does with brown ones. As of press time, this shot of Hadid has garnered nearly two million likes. Her fans are clearly feeling her lighter and longer locks. It's an excellent cut and color for the end of summer and it could very well inspire you to book an appointment with your own stylist to replicate this entire style. Hadid did not add a caption to the image, either. It's as though she wanted her new 'do and hue to speak for itself. And that's exactly what it did.

Here's Hadid and her blonde hair from earlier this month. Her job most definitely allows her the freedom and flexibility to change things up to suit a shoot. However, Hadid previously told Allure back in March 2016 for her cover story that she switched from blonde to brown for a very specific reason. She wanted distinguish herself from her sister, saying, "I just have a darker personality. And my sister being blonde and me being brunette, it's a good separation."

While Hadid admittedly preferred darker locks just over three years ago, she is clearly having fun switching things up and going blonde and Gigi-like during the hot and hazy summer months. Both models are so well-established in their careers at this point that they can have the same hair cut and color without being confused with one another.

That said, Bella Hadid can easily go back that brunette life sooner than later because she likes it or for a gig. Whatever the case, it's been a blast watching Hadid have fun with her coif this year.