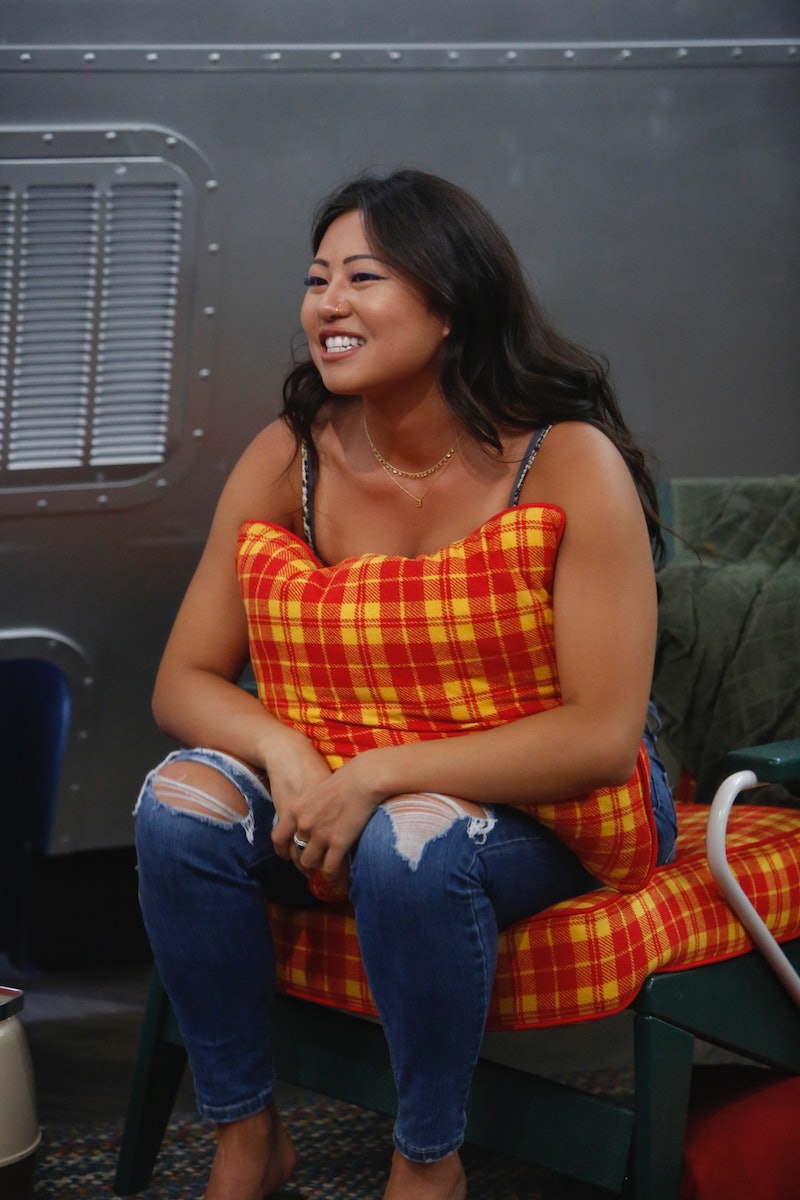 It came down to Jack and Bella on the July 25 Big Brother 21 eviction, and Bella got sent home in a vote of 8-2. But while Bella's game was cut short by her former alliance Gr8ful, she was grateful for at least one part of her experience. Bella said her showmance with Nick was the real deal, even though they only spent a handful of weeks together.

In her exit interview with host Julie Chen, Bella said that she initially didn't expect to get into a showmance. She even questioned the authenticity of Swaggy and Bayleigh's romance on Big Brother 20 in the beginning — only because she couldn't imagine falling for someone that hard in only a matter of days. But, then, along came Nick. At first, Bella wasn't interested in him. She told Julie, "I hated him. I thought he was so annoying."

But by, like, Day 5, she came around. Soon Bella and Nick were in a bonafide showmance, calling each other boyfriend and girlfriend, saying "I love you," and everything. At one point, on the feeds, Nick told Bella that — if she went home — she could contact his mom and stay at her house. Meeting the parents already? That must mean they're pretty serious.

Bella confirmed as much during her exit interview. "I think it is real," she said. "He's a great guy … he's been by my side through this entire game." She added that she was "so, so thankful for him." Nick appeared to feel the same. He whispered to Bella that he loved her on her way out and sobbed when she left the house for good. His pre-taped farewell message to Bella was similarly emotional.

"Isabella, if you're seeing this, I'm devastated right now," Nick told the cameras. "I literally love you. I can’t say enough good things about you." He added that he would choose her every time, a thousand times, and then he spoke to her in some of the Mandarin Chinese she taught him. Their bond, even though it was forged in a short amount of time, is clearly strong.

Big Brother has a history of successful showmances, even when couples are split between getting sent home to the real world and getting sent to Jury to wait out the remainder of the season in sequester. Swaggy and Bayleigh were one such couple, and now they're getting married. There are a couple more weeks before Jury begins, though, which means there's still a chance Nick could get sent home to Bella early.

The Six Shooters have made it clear that Nick is one of their big targets, and he already lost the HoH competition, which means he can't guarantee his safety for the upcoming week. He would likely be sad to be nominated, but if he did go home next week, at least he'd be able to reunite with Bella in the real world.

Time will tell if their bond can last outside the Big Brother house — especially if they aren't able to reunite until after Jury and the show's conclusion in September. But they weren't a fake showmance, at least, according to Bella. So that's one step in the right direction for them to make this thing work IRL. Is another BB marriage in the future? You never know.