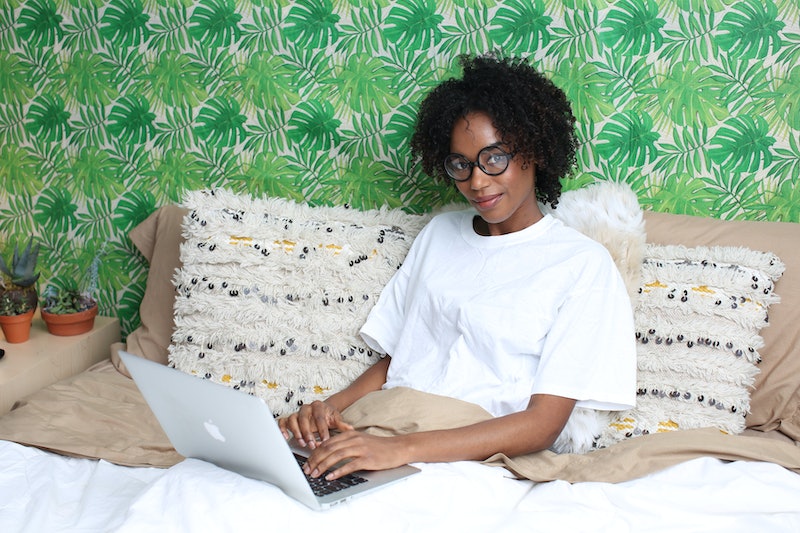 UPDATE: After receiving criticism that Bellesa, a free porn site for women, was actually disempowering women in the industry by being "a piracy curator," the site apologized and removed the video platform on 9/21. In a statement shared with Bustle and posted on Twitter, Bellesa founder and CEO Michelle Shnaidman explains that the video structure unintentionally conflicted with their initial mission of "supporting and respecting the women of the sex-space." The video section was removed from the site, and in October the company partnered with Mile High Media, a production company, to feature exclusively videos through direct partnerships they've made with studios.

Unfortunately, the market for services meeting women’s sexual needs is often neglected due to the myth that women are less sexual than men. Shnaidman encountered people with this assumption often in the process of building Bellesa.

"We need to put an end to slut-shaming and to the antiquated idea that sex is something men do to women."

“Society has placed a weird stigma around female sexuality,” says Shnaidman. “And if we could neutralize that, if we could truly end slut-shaming, sexual inequality, sex-related violence, I think that would have a massive ripple effect in the everyday female experience.”

Editor's Note: This story has been updated from its original version.