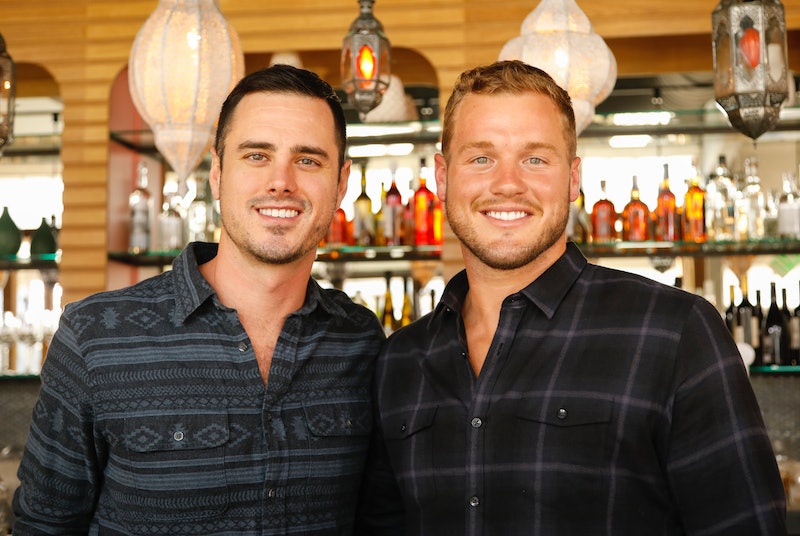 Let's face it: Up until the very end of this season's Bachelor finale, things weren't looking very good for Colton Underwood and Cassie Randolph. Around the time he was hurling himself over a fence in Portugal, it was hard to imagine that a happy ending was coming. But it did, and if you were surprised, you're not the only one. In a new interview with Us Weekly, Ben Higgins admitted Cassie and Colton have proved him wrong by continuing to have a successful relationship post-show, because even now, months after the finale was filmed, they're still going strong.

According to what the former Bachelor told the magazine, when he watched Cassie and Colton's brutal breakup on the show, he was convinced it meant that Cassie just wasn't as into Colton as he thought she was. And to be totally fair, it did seem that way — although they were both clearly very upset during that scene, it also seemed like Cassie was trying to convince Colton to move on to one of the other remaining women.

“What do I think about their relationship now?" Ben said. "I think they proved me wrong, which is the best thing possible. I watched it as a fan and as a viewer, and when I saw the breakup, I was like, ‘This doesn’t feel right. It doesn’t seem right. She’s obviously not that into him. She’s telling him she wants to go home.’"

But then, after Ben saw their happy ending on the show — and the fact that they're still happy today — his opinion totally changed. He told Us Weekly:

“Then I see their story kind of take a turn and for them to come back together and build this relationship that now is existing to this day, and so I’m excited for them. I’m happy for them. I’m glad they proved me wrong. I know that Colton is head over heels for her, and she is for him, so I’m wishing them obviously the best. Yes, maybe it wasn’t the traditional way that relationships typically play out, but it doesn’t change the cool complexity that exists in their relationship that will hopefully be a story that they can tell forever.”

And it does seem like Colton and Cassie are really happy. Now that Colton is living in Los Angeles near Cassie, they've been spending a lot of time together (and sharing all of their adventures on social media). Living life as a more "normal" couple, away from the reality TV cameras, seems to be working for them, so who knows? They could keep proving Ben wrong for years to come.

Colton and Cassie's relationship is obviously still new, but so far, it seems like things are going really well, and maybe that's because they did do things on their own terms, fence jump and all. It'll be fun to see where things go from here, and if their recent Instagram posts are any indication, it looks like they'll continue taking fans along for the ride.