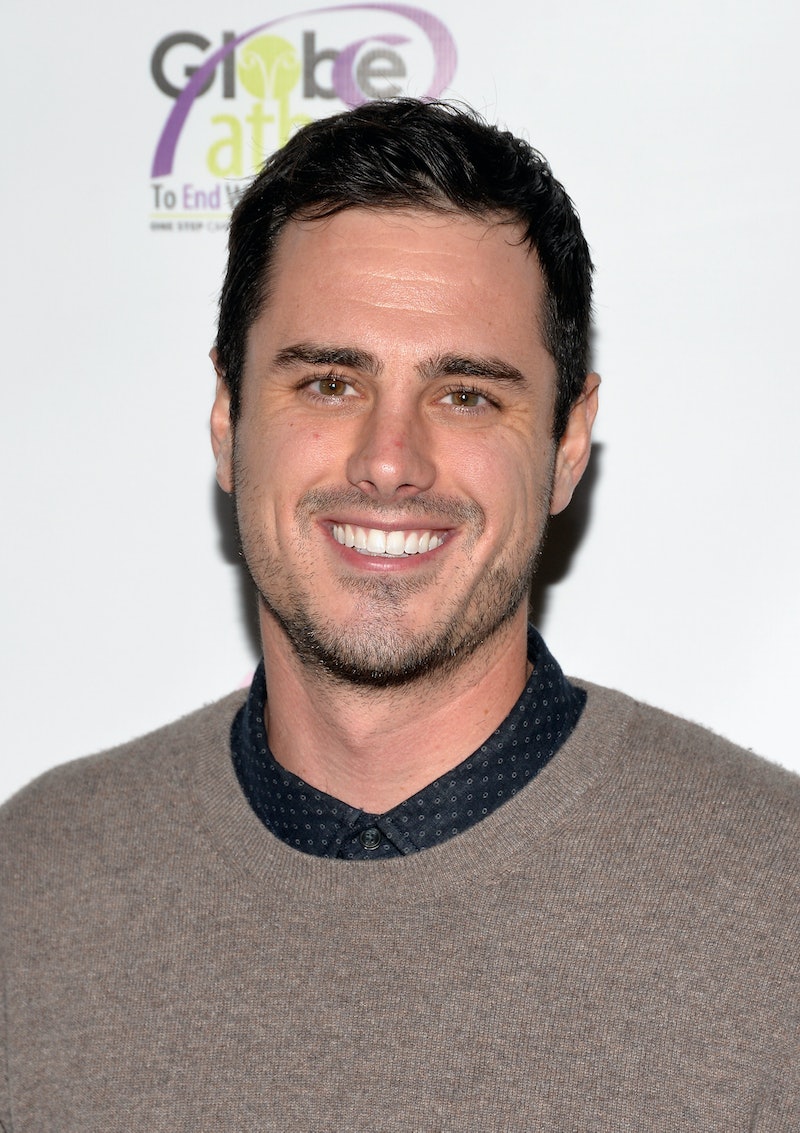 Not everyone in Bachelor Nation loves revisiting their past reality television glory, and nor do all of their post-Bachelor partners. In fact, Ben Higgins' fiancée won't watch his Bachelor: GOAT episode when it airs on Monday, June 22. Higgins' season will re-air as part of ABC's The Bachelor: Greatest Seasons Of All Time summer series, but his partner, Jessica Clarke, has no interest in revisiting the old episodes.

Clarke, who is not part of the Bachelor franchise, apparently told her husband-to-be that, though she will make an appearance during the episode, she has no intention of watching the season unfold, as per Us Weekly. "I don’t want her to feel any sort of heartbreak or sadness from that," Higgins said. "I think she’s decided. And if she wanted to, I’d let her. I mean, I don’t really want to tell her what to do."

The Ben and Ashley I Almost Famous podcast host added that the couple are preparing for the emotional reality of the season re-airing, noting that, "she’s going to get through that day, and probably the week afterwards, with all the comments about my season, and then we’ll move on." He also said he understood why she wouldn't want to watch it, adding, "It’s not healthy, I don’t think, for her to probably watch it."

Higgins, who has a reputation as one of the nicest suitors in Bachelor history, still managed to have have a drama-filled season. Finalists JoJo Fletcher and Lauren Bushnell created a memorable love triangle, and other contestants, such as Olivia Caridi, who infamously told the suitor "I wanna talk smart things," delivered plenty of drama.

Bushnell and Higgins got engaged in the March 2016 finale on ABC, but the two split a year later. In October of 2018, Bushnell married country singer Chris Lane, as per People. Fletcher, meanwhile, went on to become The Bachelorette, and got engaged to Jordan Rodgers during the Season 12 finale. Fletcher and Rodgers had to postpone their wedding date due to COVID-19 pandemic, but remain happily together.

Despite not finding love on The Bachelor, Higgins still looks back on the experience fondly. He told Us Weely that the show "changed my life forever, and in the best ways, for the most part." He also said that he didn't regret his public breakups, noting that he "learned from a lot of that," and saying that the experiences were "all on my way to Jess."

Higgins met Clarke after he DMed her on Instagram, and the two developed their relationship away from the cameras. In March, Higgins proposed to Clarke at her parent's home in Tennessee, where the two were self-quarantining due to the coronavirus pandemic. All in all, Higgins seems to have made peace with his past, but given the drama, it's not surprising that Clarke might not want to revisit that Bachelor history with him.