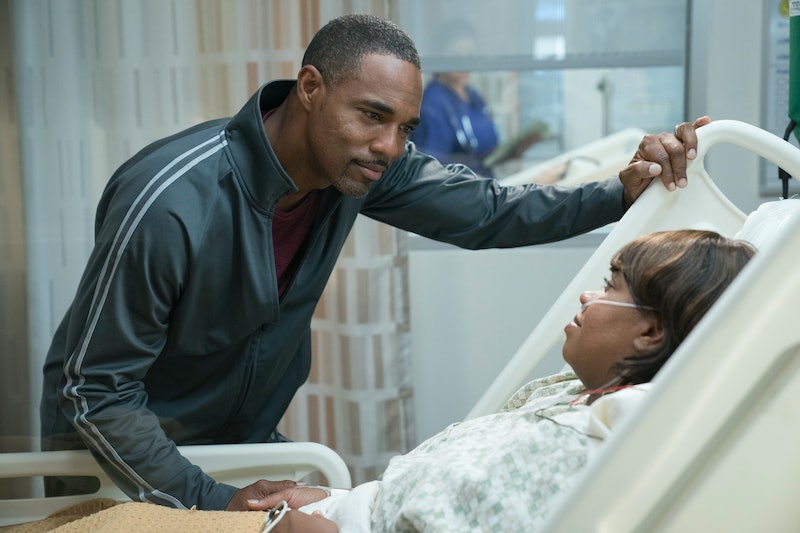 Grey's Anatomy writers love a plot twist, and this season a major one came for one of the show's most beloved characters. Miranda Bailey is pregnant, which means she's now pregnancy buddies with Amelia, who also decided to have a child this season. For Miranda, the news was a much bigger surprise, given that just an episode before, she learned she was pre-menopausal. Turns out, as she told Ben in the Oct. 24 episode, both things can be true.

While another Grey’s baby is welcome, what’s even more welcome is how Ben, Miranda’s husband, took the news of their impending arrival. Ben and Miranda didn’t really talk about having children together, considering that Miranda already has her son, Tucker, and Ben is a doting stepfather. But Ben’s overjoyed reaction shows that this is the right thing for them. This is a new chapter for the pair, but in this joy, they can’t lose sight of their marriage and the anxiety that almost ended it.

There’s no doubt that Miranda is a world-class surgeon and teacher, but there have been moments in her career where the stress of the job take over her physical and mental health. For example, she has experienced symptoms of obsessive compulsive disorder in the past, and in Season 10, she was removed from operating at the hospital until she and her therapist, Dr. Alma, could get her symptoms to a level that they both felt comfortable with.

Miranda's general anxiety is also exacerbated by the nature of her husband’s work, given how dangerous being a firefighter is. In the Grey's Anatomy spinoff Station 19 episode "Do a Little Harm...", Miranda and Ben decided to take a break from their marriage because Miranda found an insurance policy Ben took out for her and Tuck in case he was killed on duty. Miranda also needed a stress sabbatical at Grey Sloan because she had a heart attack in Season 14's "(Don't Fear) the Reaper," which the show spun into a lesson about taking care of oneself begore taking care of others.

Miranda simply has more anxiety than Ben, and having a new baby could heighten their feelings and their different ways of coping with stressful situations. Of course, being mindful of this difference in perspective is key here, and Miranda and Ben just need to work through this together to ensure that their soon to be expanded family is both physically and mentally healthy. They've never been to a therapist together on Grey's Anatomy, but perhaps now is the time to start. Being excited about the baby is wonderful, but maintaining that joy takes a little bit of work.

Until then, Miranda will have another pregnant mom who is also unsure of her future in Amelia if things start to get rough with her and Ben, although Amelia isn't exactly always the most calming presence. Then again, 9 months is a long time and so is a Grey's Anatomy season. With both Amelia and Bailey pregnant, something terrible could happen to either one. Remember: Grey's Anatomy writers love a good plot twist.