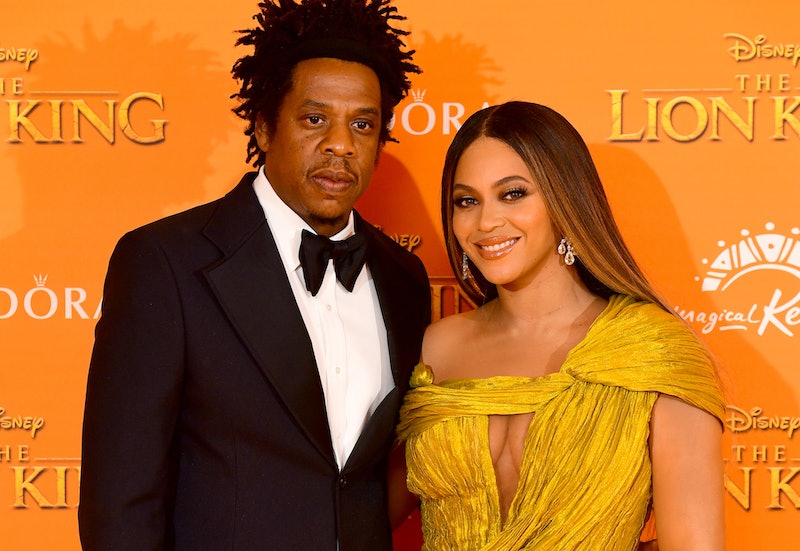 Calling all members of the Beyhive: Beyoncé and Jay-Z brought their own champagne to the 2020 Golden Globes on Sunday — and Jennifer Aniston and Reese Witherspoon scored a glass of the Carters’ bubbly. In Instagram Stories on Monday, the two Morning Show actors shared snapshots alongside producer Kristin Hahn with drinks from Jay-Z’s champagne brand Armand de Brignac, colloquially known as Ace of Spade. As per Aniston’s Instagram Story, the trio ran out of water at their table, so, naturally, Witherspoon asked the Carters for a glass of their champagne.

On Witherspoon’s Instagram Story, she wrote alongside a selfie with Aniston and Hahn, “When Jay-Z gave us his #AceofSpade champagne, we were like,” complete with the cat heart-eyes emoji. Both Witherspoon and Aniston were on hand to celebrate their nominations for their respective roles in Apple TV’s newsroom drama The Morning Show.

Beyoncé, on the other hand, received a nomination for Best Original Song at the ceremony for her track “Spirit” from Disney’s The Lion King. The film also garnered a nom for Best Motion Picture - Animated. “I’m Gonna Love Me Again” from Rocketman and Missing Link ultimately took the wins. While the Carters opted out of red carpet arrivals, they were spotted arriving in the middle of the ceremony with their bodyguard and two Ace of Spade bottles in tow.

Jay-Z first purchased Armand de Brignac in 2014, as per Bloomberg. The bottle of bubbly was famously featured in Beyoncé’s “Feeling Myself” music video with Nicki Minaj in 2016, in which the Lemonade singer pours an entire bottle into a hot tub. As per Newsweek, Rihanna is also a fan of the product: the “Diamonds” singer reportedly served the bubbly at the launch of her visual autobiography at the Guggenheim Museum last year.

As per its winemaker notes on Wine.com, a bottle of Ace of Spades is made up of 40% Pinot Noir, 40% Chardonnay, and 20% Pinot Meunier. The products consist of peach, apricot, and red berry aromas, with a palate rich with cherries, exotic fruits, lemon, vanilla and honey. On Wine.com, a standard 750ml bottle can be purchased for $299.99. The website also has a store locator to find bottles in stores locally.

While the duo didn't make their way down the red carpet, Beyoncé shared her own set of pre-ceremony photos on Instagram on Sunday. As for her elaborate Golden Globes gown with massive gold sleeves, the Beyhive will surely raise a glass of Ace of Spade to it.