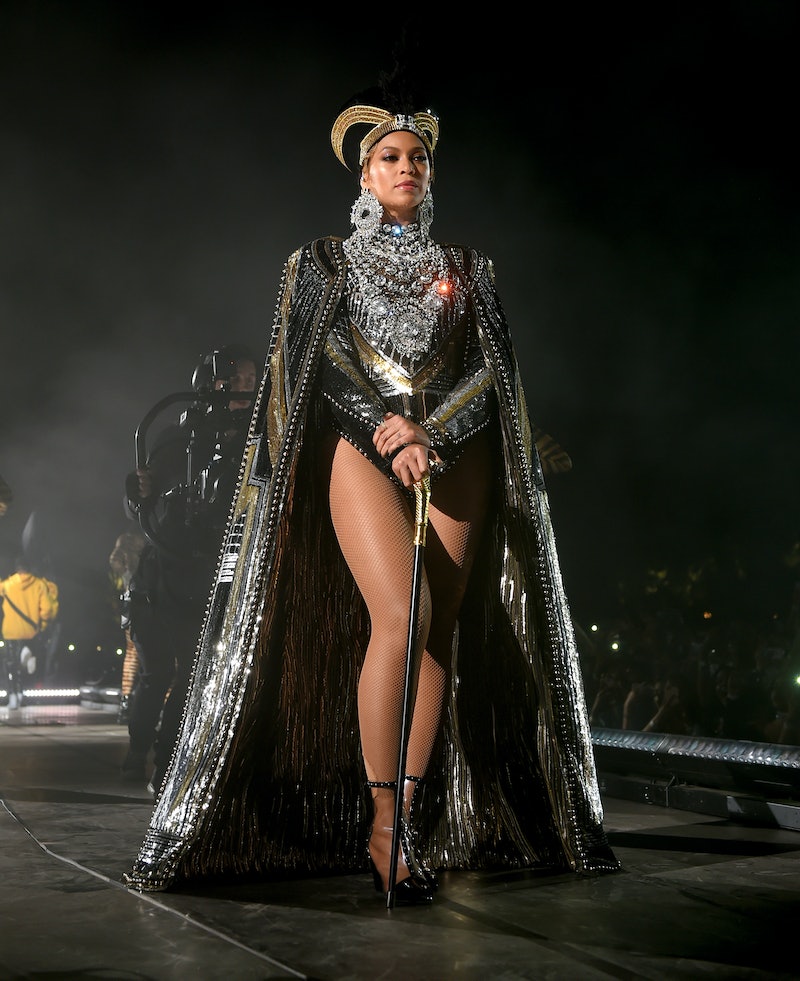 Finally, Lion King fans are feeling the love. That's because a new Lion King teaser features Beyoncé singing "Can You Feel The Love Tonight" with Donald Glover. It's the the first time anyone's heard Queen (of the Jungle) Bey sing in the upcoming live-action remake, in theaters July 19. And no surprise, Twitter is having trouble containing its excitement over this enchanting moment.

A month before the new movie hits theaters, fans are finally hearing Beyoncé sing the Lion King classic in a new international TV spot, posted on Twitter by the Beyoncé Legion, aka Beyoncé's biggest fansite. This comes two weeks after Beyoncé finally made her Lion King trailer debut as the all grown-up Nala. Not to mention, the release of a video of Blue Ivy singing "Can You Feel The Love Tonight," which it turns out was an adorable precursor for this new TV ad.

In this 30-second spot, Beyoncé is doing what she does best, singing the hell out of this song. Without warning, this promo begins with Bey and Glover in perfect harmony singing the unforgettable chorus that many memorized when they were little kids, but never quite sounded like this. Sorry Elton John.

This version is spare, there's no booming instrumentation just a few repeated piano keys that allows these two to sing the chorus together in a capella. No one was ready. Seriously, listening to Beyoncé's version of the song is enough to clear your skin and pay down all your credit card debt.

That's the power of Beyoncé, who seemed to be using that power for good on The Lion King set. Shahadi Wright Joseph, who plays young Nala in the movie, said that Beyoncé pushed the Lion King cast to be better. “When I found out she was going to be playing older me, I really had to step my game up and think about what Beyoncé would want," the 13-year-old, who played Lupita Nyong'o's daughter Zora in Us, told EW.

Mostly, now this Beyoncé-filled Lion King promo is pushing fans to unleash all their favorite crying gifs. Fitting, since Billy Eichner, who plays Timon, told the podcast Keep It back in January that Beyoncé's version of the song made him cry. "I will just say that honestly, it made me cry and I was not expecting that," he revealed.

Tiffany Pollard's iconic "Beyoncé?!" gif also came in handy for a fan named @feebeng who used it in response to all those who say, "The Lion King movie is not all about Beyoncé." Sure, it's not, sure.

While some fans just couldn't handle anything after hearing Bey sing this Lion King classic. Not work, not their emotions, not anything.

If this was so many people's response to a teaser trailer, let's assume there's going to be a lot of puffy-eyed people coming out of The Lion King theaters opening weekend. And it's all Beyoncé's fault — she did that.