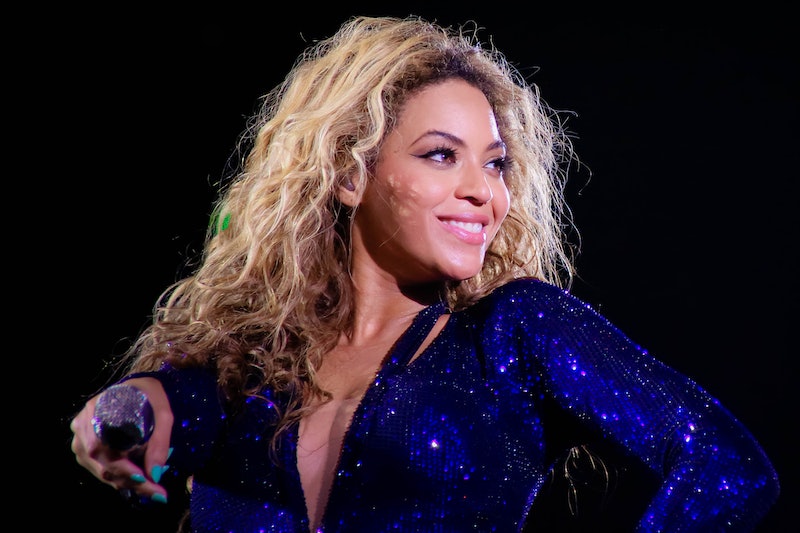 Lots of celebrities have shared their appreciation and for frontline workers and well wishes for those affected by the COVID-19 pandemic. From Rihanna donating $5 million (£4.2 million) towards organisations in the US through her Clara Lionel Foundation (CLF) to Lady Gaga donating a percentage of profits from her beauty brand HAUS to support food banks in the US, some have even stumped up cold hard cash. In the latest in a slew of famous faces to raise awareness and spirits in these unprecedented times, Beyoncé delighted fans with a surprise digital performance on Thursday evening.

Beyoncé appeared as a surprise guest on The Disney Family Singalong special on ABC Thursday evening, performing a surprise rendition of “When You Wish Upon A Star” from Disney’s Pinocchio via video recording. The show was presented in partnership with Feeding America, a U.S. charity operating food banks and providing support to those in poverty and hunger. Beyoncé also dedicated her performance to the healthcare workers on the frontline of the current coronavirus pandemic, and even with minimal equipment it was, of course, in true Queen B form, flawless.

“Hello to all of the families across the world,” she said. “I’m very proud and honoured to be a part of the Disney family. I’d like to dedicate this song to all of the healthcare workers who have been working tirelessly to keep us healthy and safe. We greatly appreciate you.”

Beyoncé joined the Disney family when she voiced the character of Nala in the 2019 remake of the The Lion King. Her most recent album release was the accompanying The Lion King: The Gift album which also featured artists including Childish Gambino, Pharrell Williams, Kendrick Lamar, Burna Boy, Wizkid and Jessie Reyez.

After performing the cover, she said, “Please hold on to your families tight. Please be safe. Don’t give up hope. We’re gonna get through this, I promise. God bless you.”

The 38-year-old multi-hyphenate joined a number of celebrities for the star-studded digital event, hosted by Ryan Seacrest. Performers from Ariana Grande to Demi Lovato used minimal equipment and “a whole lot of harmony” to encourage everyone watching to join in via the lyrics at the bottom of the screen bouncing with a golden Mickey Mouse in true singalong fashion.

Unity was the overarching theme of The Disney Family Singalong, with Christina Aguilera also performing an emotional rendition of “Can You Feel the Love Tonight?” from the 1994 original animated classic The Lion King. Aguilera has rerecorded “Reflection” from the 1998 animated film Mulan for the upcoming live-action remake, along with an additional original song for the soundtrack.

Ariana Grande revealed her all time favourite Disney film is the 1997 Hercules before she applied her inimitable vocals to “I Won't Say (I'm in Love)” from the film. In true singalong fashion, Grande sang as both Megara and the Muses and even acted out key moments of the song with props.

The hour-long event also featured appearances from Marvel Cinematic Universe stars including Elizabeth Olsen and Jeff Goldblum, the cast of High School Musical — including Zac Efron, Vanessa Hudgens, Ashley Tisdale, Corbin Bleu and Lucas Grabeel — for a rendition of the original film’s hit “We're All in This Together,” as well as performances from Josh Groban, Little Big Town, Donny Osmond, Tori Kelly, Josh Gad and many more, all expressing gratitude to frontline workers in healthcare, foodservice and travel industries.

Demi Lovato was joined by Michael Bublé for a heartfelt rendition of “A Dream Is A Wish Your Heart Makes” from Disney's Cinderella to bring the uplifting evening to a close.