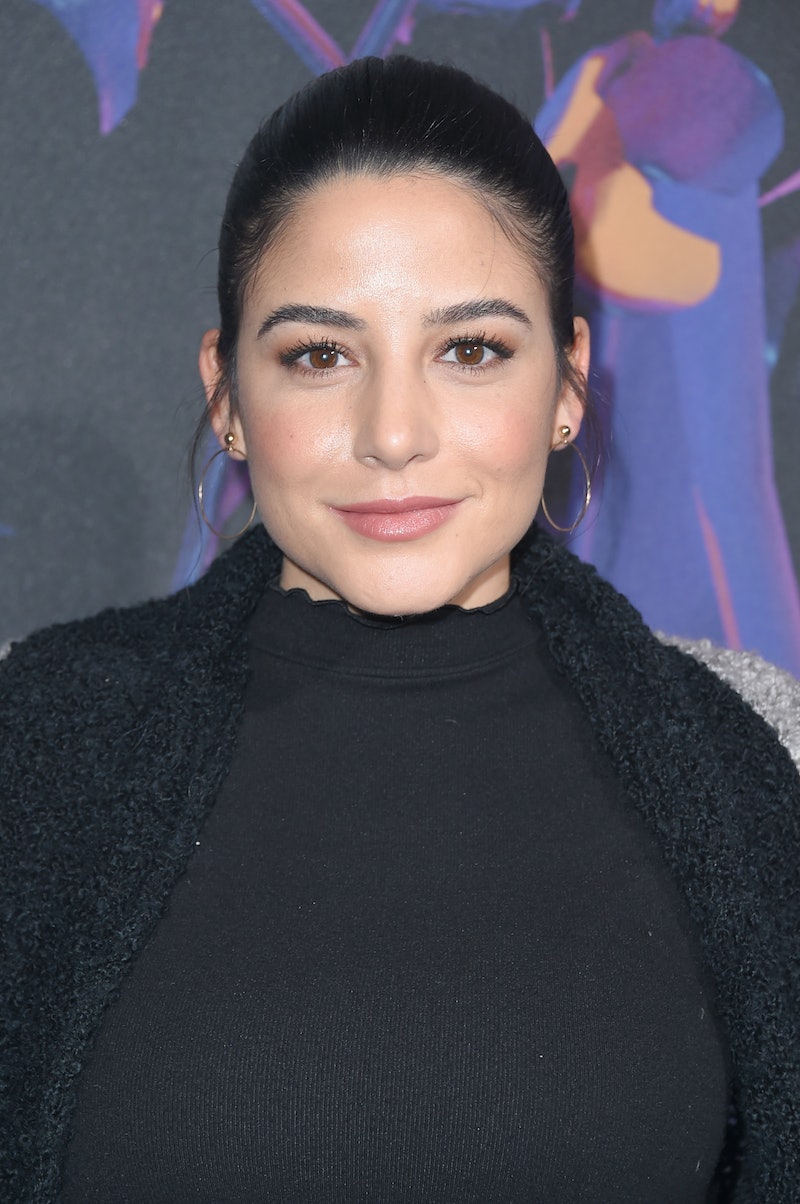 What is really going on with Bibiana Julian and Peter Kraus? The pair was spotted sitting together at a basketball game recently, and Bachelor fans can't help wondering if they're dating. Now, there finally seem to be some answers: Bibiana shut down the Peter dating rumors, and she even hinted at a new guy in her life during her appearance on the Dec. 17 episode of The Almost Famous Podcast With Ben & Ashley I.

Ashley Iaconetti cut right to the chase and asked, "What is really going on with you and Peter Kraus?" Bibiana adamantly declared, "Nothing is going on with Peter Kraus and I. Absolutely nothing."

But was there something going on before? After a very long and audible pause, Bibiana seemed to backtrack a bit. She remarked, "I wouldn't say there was something serious." Bibiana continued,

"I'm just going to clarify, but I don't know if you'll be happy with it. Him and I actually connected right after I got back from Paradise. That's when it actually like started off. Then, we stayed friends."

As vague as the explanation was, that was essentially a confirmation of something happening. Then, Bibiana addressed the now-infamous sighting. She explained,

"He was visiting Miami, so I was like 'Why don't we go to a Heat game?' and one of my good friends hooked me up with sick seats. It turns out that Hassan Whiteside decided to walk out in the fourth quarter."

And that's when they were spotted. The Bachelor in Paradise Season 5 cast member concluded, "We happened to be sitting right by the locker room and I guess Bachelor fans caught a glimpse of it and it just exploded into something."

Sports website Bleacher Report shared a video of the Heat player walking to the locker room. The Ringer's Rodger Sherman must be an avid Bachelor viewer, because he managed to look past a major moment during the game and noticed Bibiana and Peter sitting together. Then the tweet took off.

But it turns out that spotting was so two weeks ago. Bibiana told Ashley I .and Ben Higgins that she has a potential new prospect in her love life, admitting, "I don't want to jinx it, but this guy is kind of too good to be true." Bibi even said that he is "everything I would want in a person."

The Bachelor alum explained her philosophy to find the ideal partner: "I believe in projecting the kind of person that you want and acting a certain way just to kind of attract that person in your life." She also shared, "I think I may have found that guy, but I think I want to tread lightly. Hopefully, we will be spending New Year's together." And just to be clear, she emphasized, "Nobody knows him and he's not Peter Kraus."

Well, there you have it — sort of. A social media investigation unearthed a few intriguing factoids about where things left off. Peter and Bibiana don't appear to be following each other on Instagram at the moment. But interestingly enough, Bibiana shared photos on her Instagram Story at Peter's Miami gym on Dec. 19.

So maybe they are actually on good terms, but they just hit "unfollow" to quell all that speculation? Or maybe Peter's gym is just a great/convenient location to work out. Those are answers fans may never get.

No matter what went down between the reality TV alums, it seems like Bibiana is looking forward to the future with someone outside of Bachelor Nation. Thank u, next.