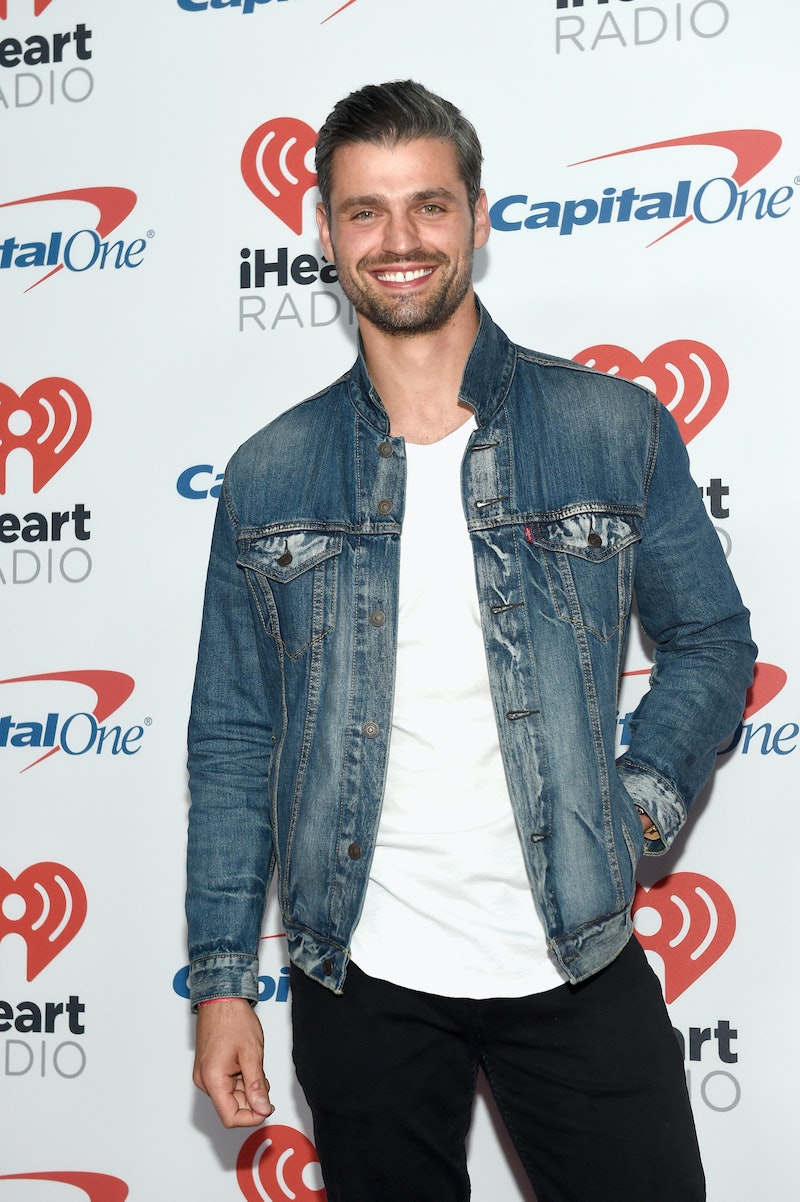 For all you naysayers out there, Bachelor Nation does help its contestants find love matches. And there may be one particular, and unexpected, match between two Bachelor faves. As Marie Claire noted, Peter Kraus and Bibiana Julian from Bachelor Nation might be dating. Could this be the power couple fans have been waiting for? (Bustle reached out to Peter and Bibiana's teams for comment, but did not receive an immediate response.)

These dating rumors sparked from a rather surprising source (as far as Bachelor Nation is concerned): basketball coverage. Yes, really. Marie Claire detailed that Bleacher Report, a website focused on sports culture, posted a video on Twitter that could reveal the latest and greatest reality TV couple. In the video, the main focus is on Miami Heat player Hassan Whiteside, who's leaving the stadium. But the most interesting part of the clip was that it revealed Peter and Bibiana on what looks to be a date. To add even more fuel to the dating rumors, Peter's hand appears to be resting on Bibiana's knee in the video, a seemingly romantic sign they may indeed be an item.

The possible reveal appears to have been first pointed out by Rodger Sherman, a journalist for The Ringer, on Dec. 5. He retweeted Bleacher Report's clip and wrote, "Watch this video in full for a huge ex-Bachelor/Bachelorette contestant couple reveal." "Huge" is an understatement. If everyone's favorite from Arie Luyendyk Jr.'s season of The Bachelor and the man who should have been the Bachelor are actually a couple, that would be the most exciting news to come out of Bachelor Nation in a long time.

Judging by some of the reactions to this news, fans are definitely on board with this possible couple. One fan wrote, in a reaction to a Cosmopolitan article detailing the news, that they are "1000% HERE FOR THIS." Another fan said, "I could ship theeee f*ck out of Peter and Bibiana!!!!!" And, honestly, same.

Neither Peter nor Bibiana have commented publicly on these latest relationship rumors. Similarly, neither of the reality contestants have posted anything on social media that hints at this new coupling.

But if this news is indeed true, it would make a lot of sense, especially considering they have a lot in common being from same reality TV franchise and all. So, they both know what it's like to date a fellow reality TV star. Peter rose to fame during his time on Rachel Lindsay's season of The Bachelorette in 2017, where he made it all the way to the final two.

Bibiana first appeared on the latest season of The Bachelor with Arie, which aired in early 2018 (she's since also made appearances on The Bachelor: Winter Games and Bachelor in Paradise). Coincidentally, it was rumored that Peter would be the lead during that season. So, the pair could have made a love connection way back then.

Considering that they just missed out on making a match during The Bachelor, maybe it's fate that they've made a possible love connection now.