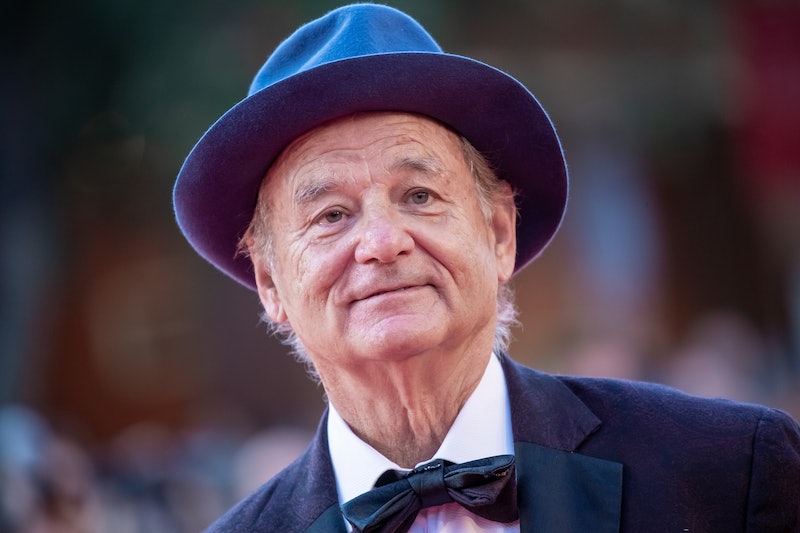 A familiar face has taken the call to strap on his proton pack one more time. In a new interview with Vanity Fair, it's confirmed that Bill Murray will appear in Ghostbusters: Afterlife. Murray will be joined by his fellow original Ghostbusters, Dan Aykroyd and Ernie Hudson, who are reprising their roles in the film, too. The movie will also feature appearances from Ghostbusters alums, Annie Potts and Sigourney Weaver, although it should be noted that it's still unclear just how much screen time the original cast will have in the new film.

Ghostbusters: Afterlife is directed by Jason Reitman, the son of the original movie's director, Ivan Reitman. The Up in the Air director's close ties to the original means that this reboot is set within the universe of the classic films, unlike the all-women 2016 update. As a result, when the first trailer for the 2020 movie was released in December, the nostalgia was felt in every frame. The director has crafted a love letter to the first two movies in the franchise, and it's one that simply wouldn't be complete without Murray on board in some capacity.

Still, the new movie is unavoidably missing a key Ghostbuster: Egon Spengler, who was played by the late Harold Ramis. Ramis died at the age of 69 in 2014. And although Reitman is carefully guarding plot details, the trailer for Afterlife suggested that Spengler is the deceased grandfather of the two young kids who have to take up ghostbusting duties when their mom moves them to a small town where there's something strange afoot.

In addition to reuniting the original cast, Afterlife will also introduce viewers to a new generation of Ghostbusters led by Mckenna Grace's Phoebe, and Finn Wolfhard's Trevor. The cast is rounded out with Carrie Coon as the kids' single mom, and Paul Rudd as their science teacher and resident expert on all things ghostly. Reitman explained to Vanity Fair, that it was the idea of Phoebe that led him to make a Ghostbusters movie in the first place. "Before I ever thought I could make a Ghostbusters film, the image of a 12-year-old girl carrying a proton pack popped into my head and just wouldn't leave," he said. "Eventually, I knew who she was."

If Phoebe truly is Spengler's granddaughter, then Reitman may have found the perfect way to connect his film to the original. While moviegoers will have to wait until the July 10 premiere to see how the director's idea pans out, the movie already has one important fan. Murray told the outlet, "The script is good. It's got lots of emotion in it. It’s got lots of family in it, with through lines that are really interesting. It’s gonna work."

And OG Ghostbusters fans can rest easy knowing that the star will be part of it.