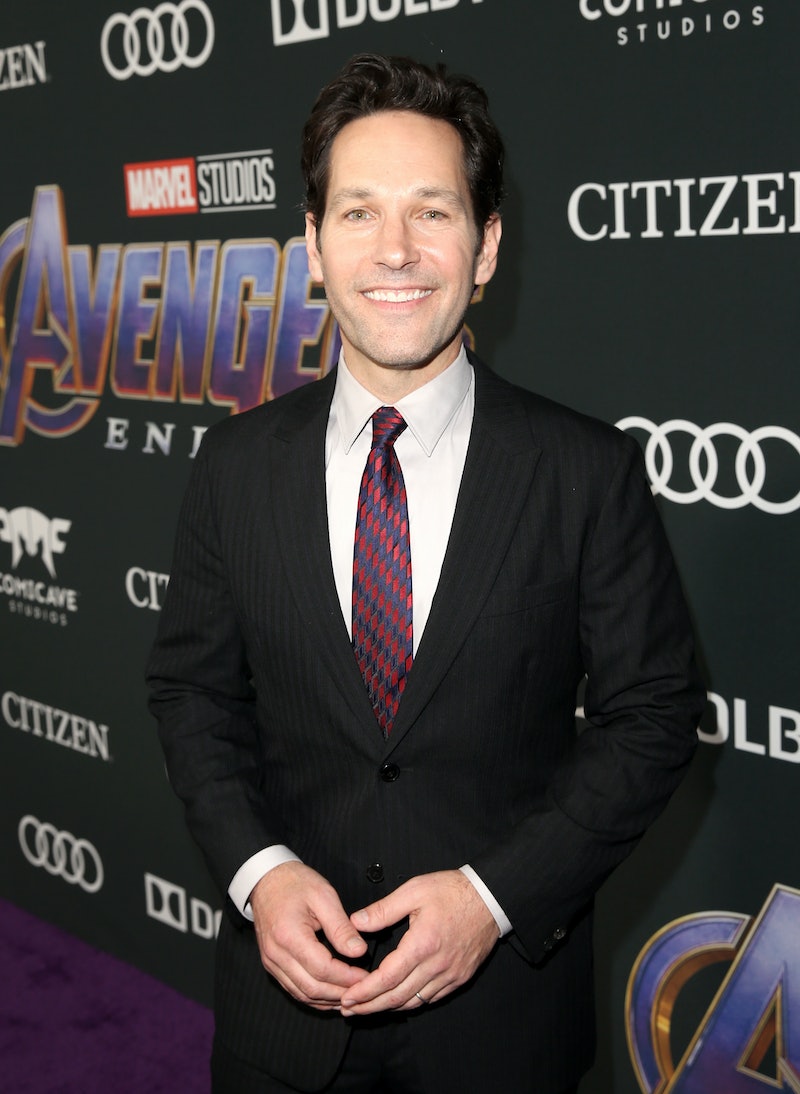 This Avenger clearly isn't afraid of no ghosts. As first reported by Variety, Paul Rudd has joined the latest Ghostbusters movie. The franchise was previously rebooted in 2016, but the new film, directed by Jason Reitman, will not be connected to the all-female 2016 effort from director Paul Feig. Instead, it's set to follow-up the original Ghostbusers, and as a child of the '80s, Rudd appears to be thrilled to be joining the beloved franchise.

Shortly after Variety reported the news, Rudd released a video on YouTube confirming his casting. In the video, he stands in front of the famous Ghostbusters firehouse building as he makes the announcement. "When I heard they were going to call me, well, as you can imagine, I nearly slimed myself," said the Ant-Man actor. "I can't wait to join the cast, this fall for Ghostbusters. In fact, I'm sliming myself right now."

For now, Sony is keeping the film's plot details under wraps, but per Variety, the movie is expected to be a continuation of the original film, which was directed by Reitman's father, Ivan. In addition to Rudd, the movie is also rumored to star Carrie Coon, Stranger Things' Finn Wolfhard, and Gifted's Mckenna Grace. It's still unclear how the movie will connect to the 1984 film, but Sigourney Weaver is rumored to be in talks to reprise her role as Dana Barrett, the Ghostbusters' first official customer.

Meanwhile, Coon is reportedly set to play a single mother with Wolfhard on board as her character's son. Sources told Variety that Rudd will play a teacher in the film. In his own casting announcement, the actor would only say that he's playing a "young... semi-young, strapping man."

The new Ghostbusters is expected to premiere next summer, and with filming set to get underway this fall, there should be firmer details soon. For now, knowing that Rudd is part of the new film is reason enough to be excited. As the actor reveals in his video, he's a fan of the franchise, and he also tends to bring a sly sense of wit and goofiness to his roles that is very much in line with the spirit of the original Ghostbusters.

For his part, Reitman is certainly excited to have Rudd join the cast. "I've been wanting to work with Paul Rudd since my short film opened for Wet Hot American Summer at Sundance," the director said in a statement to Variety. "I'm thrilled he'll be joining this new chapter in the original Ghostbusters universe."

Ghostbusters isn't the only project that the always in demand Rudd has coming up. He's also set to star in the Netflix series Living with Yourself, which is expected to premiere on the streaming site this fall. And while Marvel hasn't shared many details about Phase Four of the MCU just yet, it seems likely that Rudd will reprise his role as Ant-Man again at some point in the future.

Until he suits back up as Ant-Man, it's nice to know that Rudd is preparing to make his mark in an another famed genre franchise. And hey, if he gets to bust some ghosts along the way, then that's just a happy bonus.