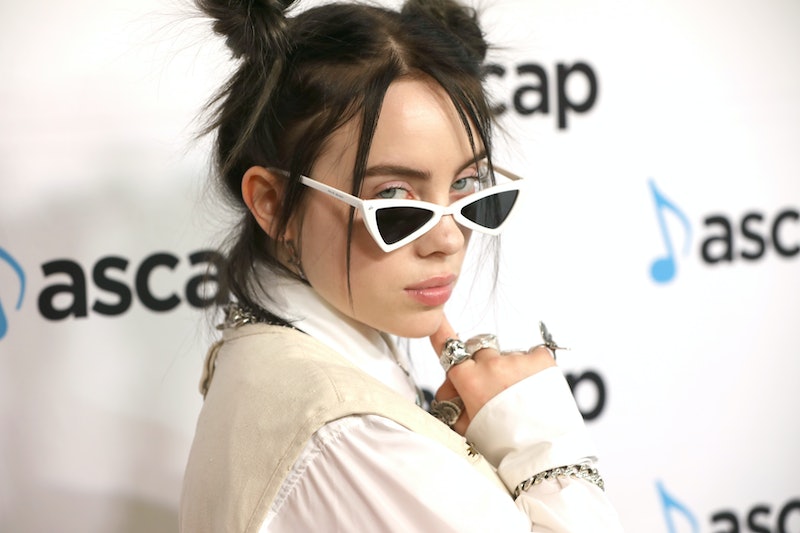 The artist known for her hit song “Bad Guy” just did something so very good: Billie Eilish will donate part of her upcoming festival fee to Planned Parenthood. On Instagram on Friday, Sept. 13, Eilish announced her plans to donate a portion of her paycheck from her upcoming performance at the Music Midtown Festival in Atlanta, Georgia to the organization. Eilish wrote in her Instagram Story, “ATLANTA. One of my favorite places in the world, to be in, and play shows!! But I do not love the state’s lawmaker’s decision to take away women’s rights."

She continued: "I still cannot believe we are even having this conversation in 2019. I’m donating a portion of my guarantee tomorrow to @plannedparenthood. We need this organization more than ever. Swipe up to learn more and sign the petition, and if you have any spare change, donate. You can seriously help someone. See you tomorrow atl.”

Eilish’s donation could be interpreted as a response to the state's latest legislative action: In May, Georgia Governor Brian Kemp signed a restrictive abortion bill that would ban abortions about six weeks into pregnancy — a timeframe in which women may still be unaware that they’re pregnant. As her Instagram Story also suggests, Eilish’s donation is also part of a larger campaign with Planned Parenthood: In August, the organization teamed up with the music industry to launch Bans Off My Body, a petition that seeks to combat the stigma around sexual health care. The campaign is backed by nearly 140 artists across the music industry, such as Meghan Thee Stallion, John Legend, Kacey Musgraves, and more.

Eilish isn’t the first major artist to donate festival earnings to the organization. In May, Travis Scott told crowds at the Hangout Fest in Gulf Shores, Alabama that he would donate the proceeds from his merchandise sales at the show to Planned Parenthood. “We feel for those out in Alabama,” Scott reportedly told the crowd, as per Pitchfork. “I love y’all and I just want everyone to know that love is the strongest thing we can have.”

At the time, Alabama Governor Kay Ivey signed what has been described as “the most aggressively anti-abortion law in recent American history.” And, in June, Ariana Grande donated $250,000 to the organization, the proceeds of which came from her concert in Atlanta in an effort to protest the state’s restrictive abortion laws.

Basically, the industry’s leading artists are making their voices heard. Shortly after Eilish’s announcement on Instagram, Staci Fox, president and CEO of Planned Parenthood Southeast, praised the singer in a statement. As per UPROXX, it read, in part, “My favorite thing in the world is when people use their superpowers for good just like Bille did today. On behalf of Atlanta, and everyone in the Southeast, we say thank you. “We all have a responsibility to do everything we can to fight back against these bans and we don’t take our responsibility lightly.”

Fox continued, “I can promise you that we will continue to do everything in our power to protect reproductive health and rights so that the next generation of bold, brave, beautiful leaders like Billie can continue dreaming up a better future.”

It's been a contentious couple of months for reproductive health care, so it's refreshing that Eilish — as well as her fellow artists on global platforms — is lending her voice to the cause.

More like this
Twitter Is Identifying With Sally Field & Jane Fonda’s Friendship In New Viral Video
By Jake Viswanath
Harry Styles Is Performing At The 2023 Grammy Awards
By Jake Viswanath
Brad Pitt Wants To Share The Spotlight With This Celeb In Shania Twain’s “That Don't Impress Me Much”
By Alyssa Lapid
We’ve Entered The Hot Boy Reader Era
By Samantha Leach
Get Even More From Bustle — Sign Up For The Newsletter
From hair trends to relationship advice, our daily newsletter has everything you need to sound like a person who’s on TikTok, even if you aren’t.