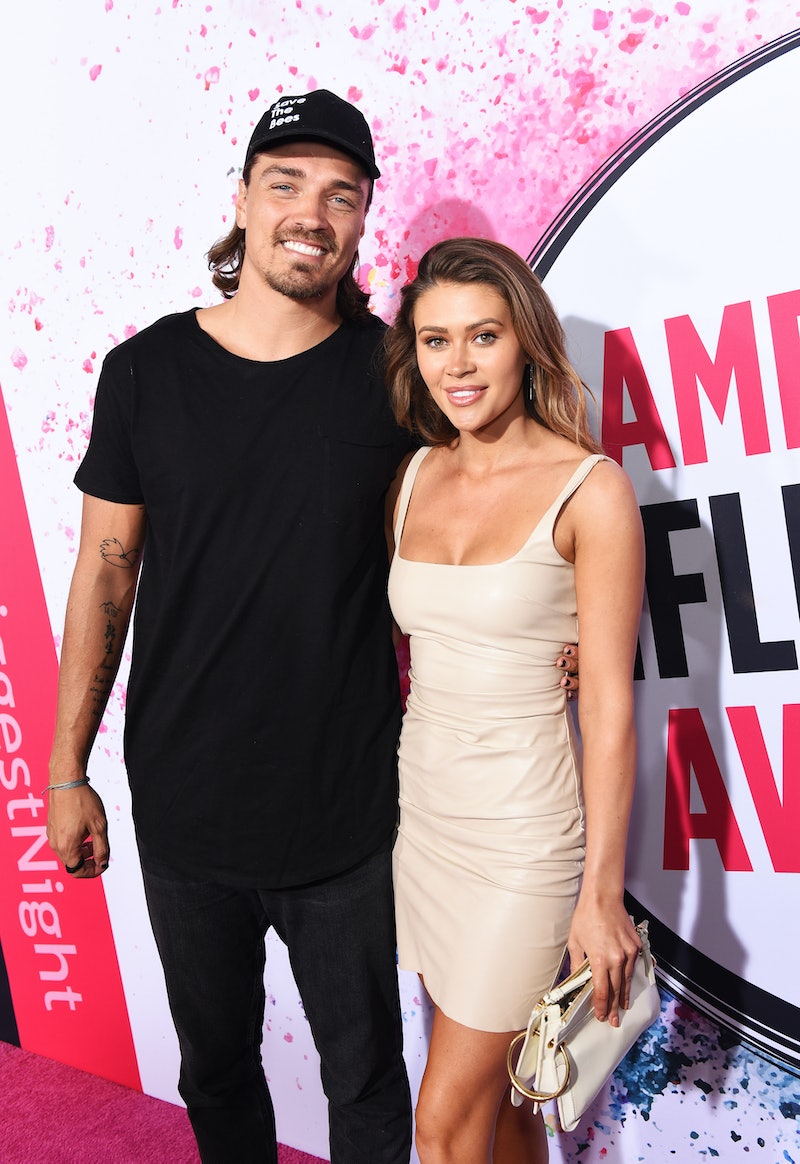 While most of the happy couples who met on Bachelor in Paradise marked their commitment with an engagement ring, one pair is still happy to continue riding off into the sunset together, without any impending wedding bells. During a recent interview with People, Dean Unglert revealed that he and Caelynn Miller-Keyes won't get engaged any time soon — despite the "pressure" for most Bachelor Nation couples to tie the knot. "There’s no, like, impending engagements or anything like that," Dean said, backstage at the KIIS Jingle Ball in Los Angeles, which he attended with his former beauty queen girlfriend.

"We understand that with the Bachelor franchise, you kind of get put in a pressure cooker with your relationship," he continued, "and we’re just traveling together, exploring each other, and having fun and doing what we’re doing." Though Dean did note that Caelynn might have a slightly different idea in mind for their future. "We’re on a good path at the moment," he said, adding that he doesn't want to "set relationship goals" until they've been together for a little while longer.

However, in another interview with Us Magazine on the same night, Dean said that he and Caelynn would probably "never" tie the knot. "That’s never going to happen," he told the outlet. "She does joke around about us getting married all the time, and I always say, 'Sorry, it’s not going to happen.' I don’t know, I’m super unconventional and she obviously is a little more conventional."

Caelynn and Dean's love story on Bachelor in Paradise was just as unconventional as they are. Dean abruptly left the beach mid-show, telling Caelynn that they wanted different things, and their contrasting lifestyles would make them "miserable." However, shortly after she began spending time with Connor Saeli, Dean returned to Paradise, and asked Caelynn to run away with him in his van. While Caelynn told People that the pair are planning to continue to travel around the world in the future, she does have one idea for her future with Dean.

"We’ll move in together when the time is right, but I don’t want to rush anything and I don’t want it to be contingent on a lease ending or something like that," she told the outlet, though it's unclear whether she plans to permanently move in to Dean's van with him. Still, even Caelynn noted that they're not planning to rush anything: "Maybe next year. Maybe in 2 years," she said. "Who knows."

While it's unclear whether or not Dean and Caelynn will ever make it official in front of Bachelor Nation, it's clear that the pair are very committed to their relationship, as well as to having plenty of adventures together in the future.