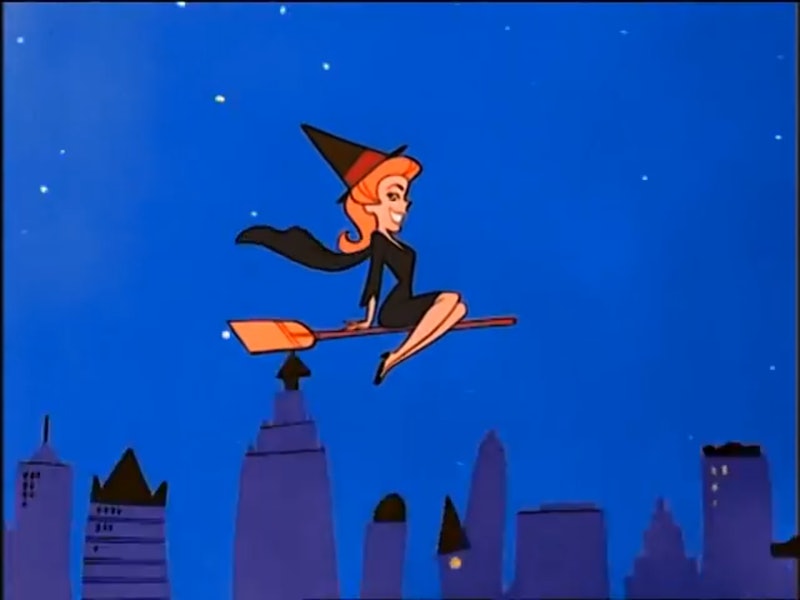 This just in — Black-ish creator Kenya Barris joined forces with writer and actor Yamara Taylor to bring a cult-classic back for another round, and the details are, well, pretty magical. According to Deadline, a Bewitched reboot is officially on its way, but this time, Barris' reimagined story will be centered around a black lead. ABC confirmed the news to Bustle as well.

The official description from ABC read:

BEWITCHED is a half hour, single camera, interracial blended family comedy based on the popular 1960’s sitcom of the same name. SAMANTHA, a Black hardworking, single mom, who happens to be a witch, marries DARREN, a White mortal who happens to be a bit of a slacker. They struggle to navigate their differences as she discovers that even when a Black girl is literally magic, she’s still not as powerful as a decently tall White man with a full head of hair in America.

Calling ABC home from 1964-1972, the original Bewitched ran for a total of eight seasons, and starred Elizabeth Montgomery, who played the lead role of Samantha, and Dick York, as Samantha's normal, mortal husband Darrin. The show picked up a slew of Golden Globe and Emmy nominations during its time on television, taking home a total of three Emmys (Marion Lorde and Alice Pearce for Outstanding Performance by an Actress in a Supporting Role in a Comedy, and William Asher for Outstanding Directorial Achievement in Comedy), and is still revered as a fan favorite amongst many today.

Contrary to popular belief, the 60s-70s classic wasn't taken off of air for a drop in popularity, but instead, cancelled because Montgomery was ready to call it quits, according to Fox News.

According to The Wrap, Barris sold the Bewitched reboot to Black-ish's home network ABC, just before his overall Netflix deal was announced, and in addition to being the writer and creator, has signed on to executive produce through his company Khalabo Ink Society. ABC confirmed to Bustle that the network has given a production commitment to the reboot of the classic '60s comedy, BEWITCHED., and a full-on premiere date has yet be set in stone.

Though buzz-worthy, the concept of placing people of color at the helm of cult-classic reboots, in which the cast was predominantly white in the original, isn't being introduced with Bewitched. In fact, Barris' version fits within the mold that reboots, such as Charmed and Buffy the Vampire Slayer, are carving out in the industry — giving people of color a chance to see themselves in the same light that was once, seemingly, only created for white actors. Backlash surrounding the reshaping of these television staples is almost expected, however, and according to Twitter, a lot of people admittedly exhausted by Hollywood's lack of originality.

But there's also an audience out there filled with folks who are looking forward to seeing new takes on their favorite classics, and Barris' remimagining of Bewitched is definitely one of them.

There have been a couple of attempts to revive the hilarious love story of Samantha and Darren in the past (including a television show centered on Samantha’s granddaughter and Tabitha’s daughter, Daphne, that didn't see the light of day, and the 2015 film Bewitched starring Nicole Kidman and Will Ferrell). But even still, Barris and ABC just may have a hit on their hands with its newest version.