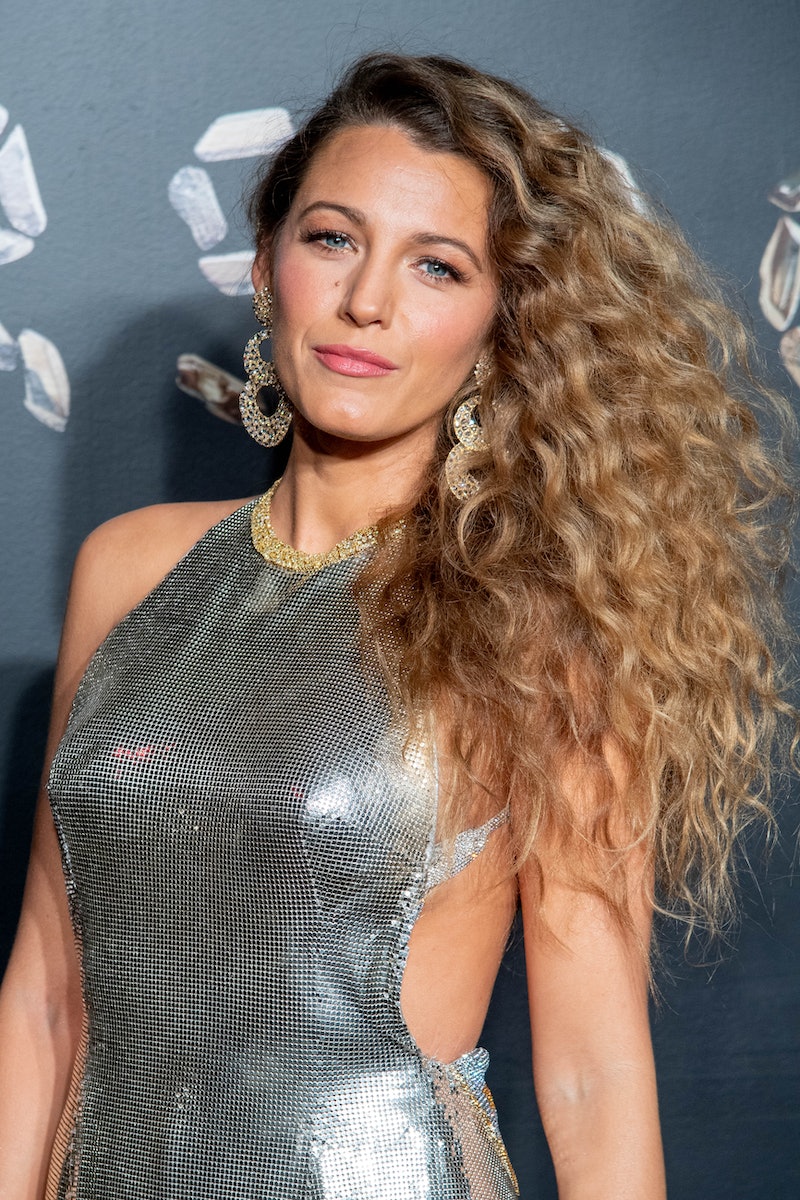 Gigi Hadid turned 24 on Tuesday, and plenty of her A-list pals shared Instagram tributes in honor of the occasion. Blake Lively's post about Hadid's birthday shows how much she values the model's positive outlook.

Lively first posted a photo of her and Hadid with a Christmas tree, writing, "Happy Birthday @gigihadid. Who is more fun than you? ... No one." And in her second Instagram Story slide, the A Simple Favor star shared more reasons she loves Hadid's company. Atop a photo of the two stars at a Taylor Swift concert, Lively wrote,

"More proof. Live it girl. You're doin it right. You love and celebrate others. You build people up rather than tearing them down. You work so hard. You have so much appreciation. You're present. And kind."

Lively went on to describe some of the model's lesser-known talents, which apparently include amateur furniture-making. Who knew? The actor wrote in her Instagram Story post,

"You're insanely talented at things no one is good at — like making chairs from scratch out of resin. And you love everyone around you so fully. I'm happy to know your sweet spirit. Yeah. I just spoke about your spirit. Things have gotten deep"

Hadid reshared Lively's post on her own Instagram Story, too, along with other birthday tributes from her friends. Evidently, the Christmas tree photo was taken after a Versace event. And after Lively's second message, Hadid wrote, "woowwww I love you B," adding a Deadpool sticker for good measure.

On Lively's birthday in August, meanwhile, Hadid also shared a sweet Instagram tribute for her friend.

"B- You make being a Legend (and also being kind, hilarious, perceptive, grounded, hardworking, the hottest mom, AND wildly stylish- all at the same time) look easy. I feel lucky to have a friend like you to look up to," the model wrote in her post. "Thnx for bein my # 1 go-to gal for Home baking challenge dreams-come-true & serious, unapologetic @taylorswift backup dancing. Love you. Happy Happy Birthday @blakelively !!!!! ❤️."

Lively and Hadid have known each other since 2014, E! News reported. And they started following each other on Instagram in July 2016, which might be when they became closer friends. (That's also the same month as Taylor Swift's unforgettable Fourth of July party, which both of them attended.)

Since then, Lively and Hadid have commented on each other's Instagram posts, supported each other's career endeavors, and even dressed up as Wizard of Oz and Mary Poppins characters together, along with a few other members of Swift's squad.

Hadid and Lively's friendship might seem slightly unexpected, considering there are a few years between them, but these two Hollywood stars have a mutual respect for each other, both professionally and personally. And their friendship goes beyond the fact that they're both linked to Swift. Lively and Hadid seem to love goofing off together — and with all of the pressures that come with being a mega-famous star, that's a pretty important thing.