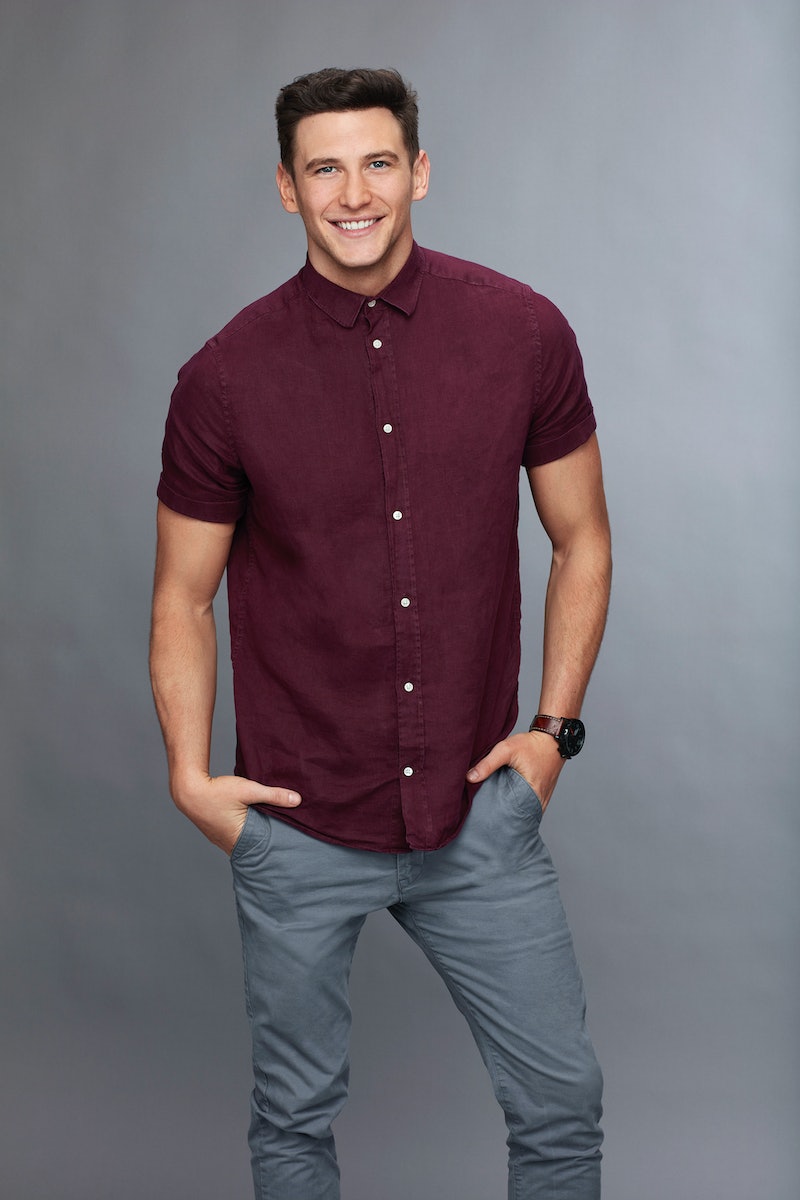 Becca's Bachelorette journey is winding to an end, and she has only three men left to choose from. Only one of those three can win Becca's heart, but there is a second prize up for grabs here — who the 2019 Bachelor will be. Usually someone in the Top 5 or so men from The Bachelorette is up for the spot. Being in the final three means that Blake should totally become the Bachelor — you know, if he doesn't win The Bachelorette, of course.

The Colorado native has charmed both Becca and Bachelor Nation, and fans would be crushed if he didn't win. But, a good consolation prize is getting to see him on TV come January if he's selected for the top spot on the next season. Blake's in the running along with fan favorites like Jason and Wills and Leo. It's pretty unlikely that either Garrett or Colton would get it, since Garrett had that whole Instagram controversy and Colton should probably just date Tia. That leaves Blake among the most likely to be chosen. So, if he does get his heart ripped out on national television, there are a lot of reasons he should get the consolation prize of being The Bachelor.

1. He Probably Isn't Going To Win The Bachelorette

Nice guys don't always finish first in Bachelor Nation, but that could be a bonus for Blake since not winning means he could soon have his own season of women to fall in love with. Becca does seem into Blake, but, given the apology tour she's basically done for Garrett, it seems much more likely that Garrett wins.

2. Blake Has No Known Controversies

This is apparently something we have to specify now when casting a show! Between the Lincoln and Garrett issues on this season, the show is definitely due for a squeaky clean Bachelor.

Blake has talked about some serious things while on the show. He opened up to Becca about his struggles with his parents' divorce and the school shooting that took place when he was in high school. The Bachelor is on an accelerated timeline, and those looking to fall in love have to be ready to talk about serious topics pretty early on. Blake clearly has no problem doing that.

4. He Has A Nondescript Bachelor Job

Sales is such a Bachelor field. Ben Higgins and Nick Viall had variations of that gig, and Blake does too. His ABC bio reveals that he's a sales rep, and that's the kind of job you can totally leave for eight weeks to go find love on TV.

Wander on over to Blake's Instagram to get a real sense of who he is. Blake's captions often poke fun at himself, which is a key ingredient to being a good Bachelor. No one wants to watch someone who can't take a joke.

There are far too many Bachelor dates that end in impromptu concerts where the couple has to awkwardly dance together in front of a crowd. Blake has been there, done that, and he loves it. Becca even raved about his Baha Men dance skills in her Bachelorette blog for People.

Now I have to say, I never knew Blake could dance like that! Apparently, he took swing-dancing lessons, and now I’m a firm believer that every man should. Fellas, take it from me — ladies love it. I have never felt more alive on a date.

7. He's A Romantic At Heart

Blake's ABC bio says he "considers himself a modern romantic who believes that two people need to be independent in order to truly love each other." He's also "looking for his equal match." That seems like a weirdly veiled way to say that Blake is (probably, hopefully) a feminist, and we could always do with more feminists in that Bachelor spot.

What Bachelor Nation wants, Bachelor Nation usually gets. (Just ask me, I started a petition to make Nick Viall the Bachelor, and ABC did. Do I regret that now? Only a little.)

Fans on Twitter have already started a #BlakeForBachelor campaign and he's not even off the show yet! If Becca sends him home, those cries will likely only get louder. Audience appeal is a big thing for this show, and if a lot of people are campaigning for Blake, producers will certainly take that into consideration. So, even if he ends up broken-hearted, there's still hope out there for Blake if Bachelor Nation has anything to say about it.