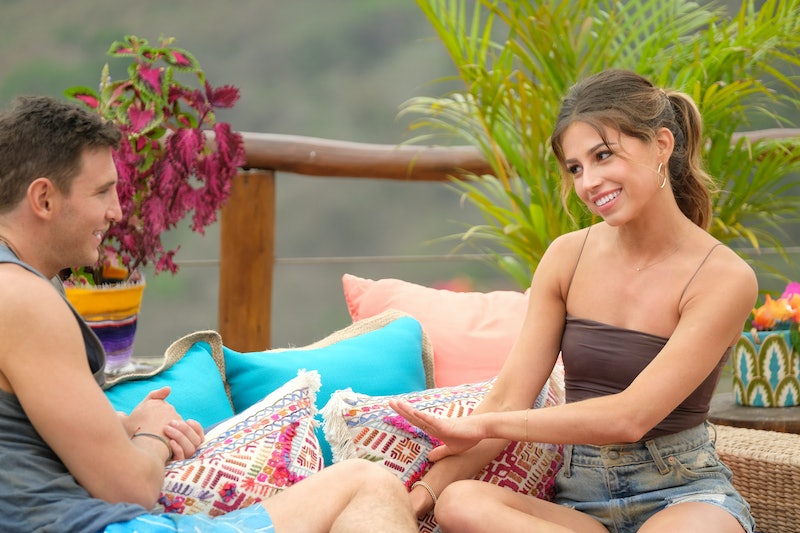 Every Bachelor Nation alum who went to Mexico just months ago is now rewatching their time there and reminiscing on social media about their time there. Expect for the guy at the center of all the scandal this season. Blake's Instagram posts about Bachelor in Paradise have taken a dark turn and it's likely only going to get worse in real time before it gets better. Moments after Blake's confrontations with Kristina and Caelynn aired on August 6, he posted a statement on Instagram explaining his actions and defending his character. Minutes later, he released old text messages from Caelynn that he thought would help his cause, but many in Bachelor Nation aren't so sure it did.

“I wanted to take time to address what is being portrayed in the episodes," Blake first wrote on Instagram. "I made a lot of mistakes this past year that I’m not proud of. I know some people don’t think this show is real, but it is. It is very real. Everybody handles heartbreak differently and everybody handles the public eye differently. I have a lot of insecurities I’ve been struggling with and lost myself this year. I’ve gotten way in over my head with women and have made a lot of mistakes and although never my intent, I hurt several people along the way."

He posted the note on his grid, and then went to his Instagram stories to share Caelynn's texts from when they reportedly hooked up at Stagecoach music festival in April, and then from days before they landed in Paradise.

The texts from Stagecoach revealed that Caelynn wanted to meet up with Blake "strictly for sex." The later messages from a week before Paradise addressed their discussions about whether or not they wanted to be honest about their past relationship on the show.

So far on Paradise, Caelynn has made it sound like Blake wanted them to keep it a secret, saying she felt like a "slimy, disgusting" person Blake was ashamed of. Although there could be other revealing messages Blake didn't share, based on what he did, they both seemed to agree to tell the truth in the texts.

After sharing the texts, Blake posted an apologetic video, saying he didn't want to have to take things this far. "Releasing the text messages is the last thing that I wanted to do," he said. "I know that it's not good but I feel like I have no other choice but to release those. I hope Caelynn can forgive me one day, but with my character and my name being attacked like that, I feel like I had no other choice."

Naturally, fans flocked to Blake's Instagram for the latest news. And well, most of them left confused.

All of this information is difficult to process, especially because Paradise was filmed months ago and Blake is speaking in real time. Fans have no clue what has happened between Blake and all of the women with whom he's been involved in between.

Some Are Taking Blake's Side.

Others Aren't Buying It.

In Paradise, Blake has already moved on from Caelynn to Hannah G. It's only a matter of time before that backfires, too, most likely.

At this point, a new night could bring a totally different story. And fan's will be waiting to follow it, no matter how hectic.