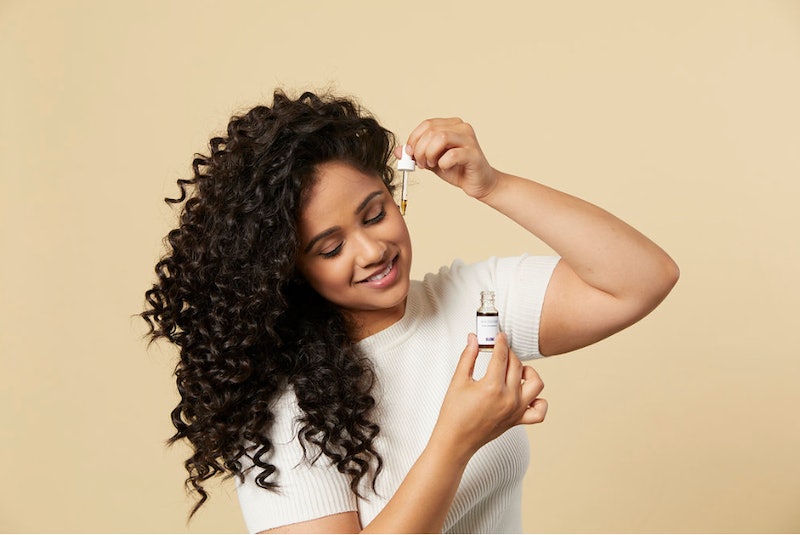 Across the country, just 24 states mandate that sex education be provided in publics schools, and just 20 of those require that sex education (or HIV education, as the case may be) mandate medically accurate information only. Or, that was the case in 2016: In 2018, the Trump administration leans hard on an abstinence-only agenda that often leaves teenagers with scant, factually flawed insight into their own bodies. That places people going through puberty at a distinct disadvantage. How do you navigate a confusing new biological landscape when no one has given you a roadmap?

Young people with vulvas must also confront the stigma long associated with menstruation. Many cultures approach periods as dirty things to be hidden, and certainly not discussed; indeed, when Taran and Bunny Ghatrora — co-founders of the period product subscription service, Ellebox — surveyed 1,000 girls and women, they discovered some pretty disconcerting trends. In total, 57 percent of participants felt fear when they first got their periods, 49 percent felt shame, and 63 percent felt embarrassed. Perhaps relatedly, 68 percent felt their schools didn't adequately prepare them for the onset of menstruation, and 60 percent were able to pinpoint the moment when their self-esteem plummeted: the onset of puberty. Looking at the data, the Ghatrora sisters — who grew up in a culture that didn't encourage period talk — saw a receptive and neglected market. On June 19, they launched Blume, a puberty-centric line of all natural self-care products intended for girls.

"Thinking back, [puberty is] the first time you were told to sit with your legs crossed, or pull up your shirt because you were showing cleavage — and you didn’t know what cleavage was," Bunny, Blume's Chief Operations Officer, tells Bustle. "You were taught to be ashamed about your body."

Blume's aim, she adds, is to turn "that fundamental pivotal moment" into something girls they can be proud of, excited about, rather than a source of embarrassment. "That then changes the way they feel about themselves as they grow up," Bunny says. "And being able to change it at the beginning allows us to not have to do all that damage [control] later on."

Bunny and Taran launched Ellebox in 2016, after Bunny learned her extremely painful periods were the result of polycystic ovary syndrome (PCOS) doctors had long brushed under the rug. At the time, Taran — Blume's chief executive officer — was in law school, and studying the ways in which menstrual stigma stands as a barrier to women's advancement around the world. They found a shared passion in helping people understand their periods, and decided to start a company dedicated to menstrual management and care. The Ellebox audience led them to Blume.

"We started to see this pattern of many many parents reaching out to us, saying [that] having this monthly box — which, at the time, had both pads and tampons and self-care gifts — really changed their relationship with their daughters in terms of talking about their periods," Taran tells Bustle. "The education we included spawned a conversation they’d never had. For the first time, their daughters really talked about their periods with pride."

Based on the feedback they received about the products included in Ellebox, Bunny and Taran zeroed in on the items they'd include in the Blume range: Organic, all-cotton tampons and pads (each at $11 for 16); a paraben-free, acne-fighting face wash ($14); an aluminum-free deodorant ($12); an acne treatment ($26); and an essential oil blend for PMS ($18). All the products have light, approachable names (save for the tampons, presumably because can you think of a cute and non-ridiculous moniker for tampons?): the wash is Day Dreamer, the deodorant is Hug Me, the acne solution is Meltdown, the essential oils are Cloud 9. All products come packaged in muted, minimalist designs that recall the Glossier aesthetic.

Some may be rolling their eyes at this point, because must we encourage teens to spend nearly $20 on PMS oil and even more on acne cocktails, when you can almost certainly find cheaper versions stocking the shelves at your nearest drugstore? Yet having run through the full slate of harsh, chemical acne products and pills when they were younger, the Ghatrora sisters wanted to offer natural alternatives that won't make the user's skin flake off in sheets. And in their experience, Gen Z customers constitute a new breed of buyer: Shoppers have gravitated toward the internet and social media, yes, but today's pre-teens and adolescents are a preternaturally well-informed bunch. They want to know what's in their product and where it came from, Taran says, but they also want the educational component. And that's what Blume wants to deliver.

The value in a service like Blume is twofold, and specific to our country's current climate. When the government winnows access to basic and necessary services, someone has to step in. For example, the president has waged war on the health care system, placing regular doctor visits out of reach for many low-income families. If seeing the doctor for an emergency illness proves prohibitively expensive for you, then seeing a specialist for acne treatment feels frivolous, laughably luxurious. In that context, the ability to go online and purchase trustworthy products — or, at least, products with pronounceable ingredients that probably won't hurt your face — serves a worthwhile purpose. Certainly, Blume won't be budgetable for everyone, but I am all for services that slash the high price tag on medical attention.

Doctors — pediatricians and family doctors, at least — also do the crucial work of talking about puberty with young patients, and as mentioned, schools cannot be relied upon to fill that knowledge gap. With the state of sex ed in appalling disarray nationwide, and without access to a medical professional or a comprehensive course in school, young people are often left to source that information from their parents, or (more likely), the internet. Companies like Blume become all the more important because of the work they invest in putting out digestible facts. Blume's online sex ed platform, Blume University, enlists sexual health experts and actual teens to break down the most pressing issues surrounding puberty in terms teens actually understand. They've also put together a comprehensive, accessible, LGBTQ-friendly guide on first periods to help dispel some of the stigma clinging to menstruation.

And that's what seems most exciting about Blume: Commitment to sussing out which pieces of information adolescents aren't getting, and finding the most resonant way to deliver them. Self-care products aside, what teens really need is fact-based education about their own bodies. I'm glad Blume is giving it to them.

More like this
How Do I Deal With Both ED & Premature Ejaculation?
By Sophia Benoit
Why Experts Say Sleeping With A Fan On Isn’t Totally Risk-Free
By Sophie McEvoy
Hinge's New NFAQ Feature Is Demystifying Queer Dating
By Emma Carey
The Best Time To Date After A Breakup, According To Experts
By Bustle Editors
Get Even More From Bustle — Sign Up For The Newsletter