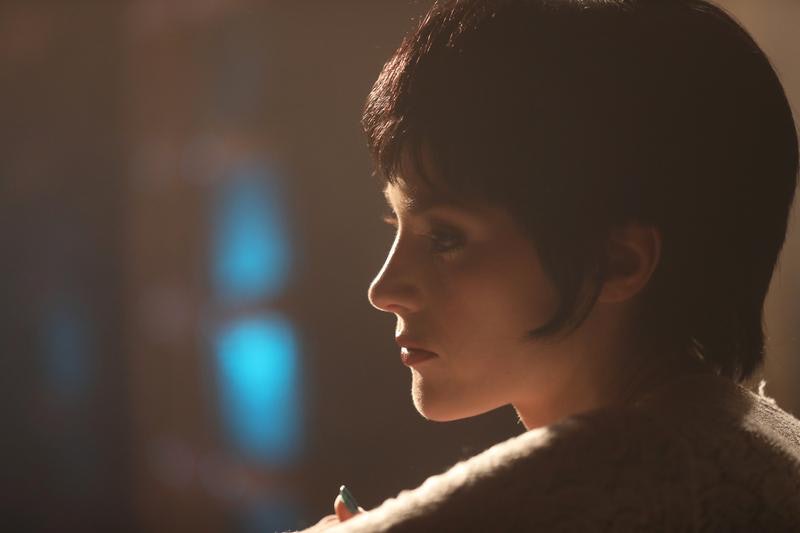 Before taking on the role of Bob Fosse's wife and collaborator Gwen Verdon in Fosse/Verdon, Michelle Williams was in Cabaret on Broadway in 2014. While the stage musical varies from Fosse's Cabaret movie, it's still a fun connection considering how the movie version portrayed in Fosse/Verdon shows how the film rejuvenated Fosse's career and made Sally Bowles a household name. And taking the time to learn a little bit about the history of Fosse's Cabaret ahead of Sam Rockwell's interpretation of the iconic artist will only deepen your appreciation of the series.

While Fosse was no stranger to success, he had actually experienced a film-related failure before Cabaret hit movie theaters in 1972. Three years earlier, his adaptation of Sweet Charity had been a "box-office disaster," according to TCM. Fosse had choreographed and directed the original 1966 Broadway musical with his wife Verdon and the 1969 movie with Shirley MacLaine. Although performances like "Big Spender" and "Rich Man's Frug" are now part of his revered catalog (and were featured in Fosse, the musical revue dedicated to his work), the movie Sweet Charity was a major flop. But that wasn't the case for Cabaret, which was both a critical and box office success for Fosse this time — no maybes about it.

While the musical version Cabaret had already hit the Broadway stage in 1966, Fosse didn't have anything to do with that production. But TCM noted that composer John Kander and lyricist Fred Ebb worked with Fosse on the film adaption to add three songs to the movie — "Mein Herr," "Money," and "Maybe This Time." As Playbill outlined, Fosse also changed the script significantly from the stage show, pulling more directly from the source material, the novel Goodbye to Berlin by Christopher Isherwood.

The show has undergone many revisions over its 50-year history, but Fosse's version had an influence on stage adaptations that followed per Playbill. Rob Marshall even used Fosse-inspired choreography for the 1998 and 2014 Broadway versions — the latter being the very same one Williams starred in.

If you needed more proof of the impact of Cabaret, you only need to look at how it was received at the 45th Academy Awards in 1973. Cabaret took home eight Oscars with Fosse winning Best Director, Minnelli winning Best Actress, and Joel Grey winning Best Supporting Actor as the Emcee. Sure, it lost out on Best Picture to a little movie called The Godfather, but it also won Best Cinematography, Art Direction, Editing, Music, and Sound. So besides being iconic and introducing Minnelli to a larger audience, Fosse's second feature-length film was pretty critically-adored.

But that was far from Fosse's only success during that time period. He also had directed and choreographed Minnelli in the 1972 TV special Liza with a Z. At the 1973 Emmys, the special won Outstanding Choreography, Outstanding Directing for a Variety Series, and Outstanding Variety Music or Comedy Special. And as if he wasn't already having a momentous year, Fosse had also won Best Director and Best Choreographer at the 1973 Tonys for Pippin. So while he was missing a Grammy, Fosse got three-fourths of an EGOT in just one year for his creative output in 1972.

With his massive success not only in that year but his accomplishments before with The Pajama Game and Damn Yankees and after with shows like Chicago and movies like All that Jazz, it's understandable that the Sweet Charity movie being a bit of a failure for Fosse isn't his lasting legacy. But audiences will still see what Fosse was going through — and how Verdon supported him — during that time period in Fosse/Verdon. And the world will always have Fosse to thank for saying willkommen to Minnelli as Fräulein Sally Bowles.

More like this
You Might Want To Rewatch 'Elvis' For This Britney Spears Easter Egg
By Grace Wehniainen
“The Door Is Always Open” For Another 'Breaking Bad' Spin-Off, Says AMC Boss
By El Hunt
18 Unanswered Questions From 'The Hills' That Still Haunt Us Today
By Ivana Rihter
Sadie Sink Would Escape Vecna From 'Stranger Things' With This Taylor Swift Song
By Grace Wehniainen
Get Even More From Bustle — Sign Up For The Newsletter