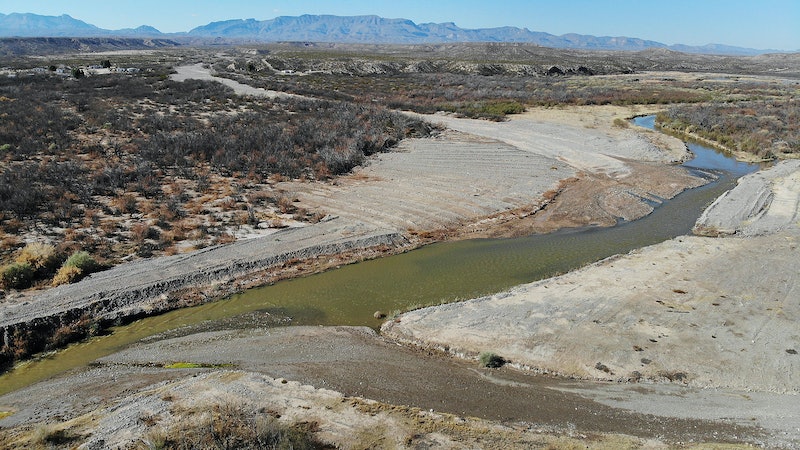 While the nation's attention is still fixed on the overcrowded Border Patrol facilities along the United States' southern border with Mexico, another tragic event has just occurred. Border Patrol is searching for a young girl who is missing after being swept away in the currents of the Rio Grande while trying to cross into the United States with her mother.

The 2 year-old Brazilian girl's mother, who is Haitian, told Customs and Border Protection (CBP) about her missing daughter on Monday night when she was detained after crossing the border from Mexico. CBP started searching for the child that night, according to a news release from CBP.

“Any time a child is lost it is a tragic event,” CBP Del Rio Sector Chief Patrol Agent Raul L. Ortiz said in a statement. "I can not imagine the anguish the parents of this young girl must be feeling and I hope our search efforts pay off with a positive outcome."

Mexican authorities have also gotten involved in the search, and CBP has employed not only boats and teams of divers but also a remote-operated water vehicle in the effort to recover the girl, according to CNN. As they haven't yet been able to find her, the search is ongoing. Bustle has reached out to CBP for comment.

The loss of this girl is particularly striking right now, because it happened only a week after the bodies of Salvadoran man Oscar Alberto Martinez and his daughter Angie Valeria were found face-down after having drowned in the river, an image that quickly spread through the news and shocked viewers, as CNN wrote. Having to rescue migrants from the Rio Grande has become an almost daily occurrence for the CBP this year. More snow than average fell in the Rocky Mountains, as the Guardian wrote, which has resulted in unusually powerful currents in the river. This makes the crossing even more dangerous, especially for migrants who might not be strong swimmers.

The desperate situation in the Northern Triangle countries, where most of these migrants are coming from, though, is clearly enough for people to risk not only a dangerous journey up to the border but also the river crossing — even with detention awaiting them on the other side.

Because of harsh Trump administration policies surrounding the detention of migrants and asylum seekers who cross the border, Immigration and Customs Enforcement was holding more than 50,000 people as of May, as Buzzfeed reported. CBP facilities at the border are also packed well over capacity, as the Department of Homeland Security's Office of the Inspector General found in a new report, according to Time. When a group of Democratic congresspeople visited CBP facilities in Texas, they spoke to women who told them, among other things, that they had been told to drink water from toilets.

All of these elements and more are contributing to the perception that there is a "human rights crisis" at the border, as Pennsylvania Rep. Madeleine Dean wrote in a tweet. In the case of this missing girl, though, the search will still continue.