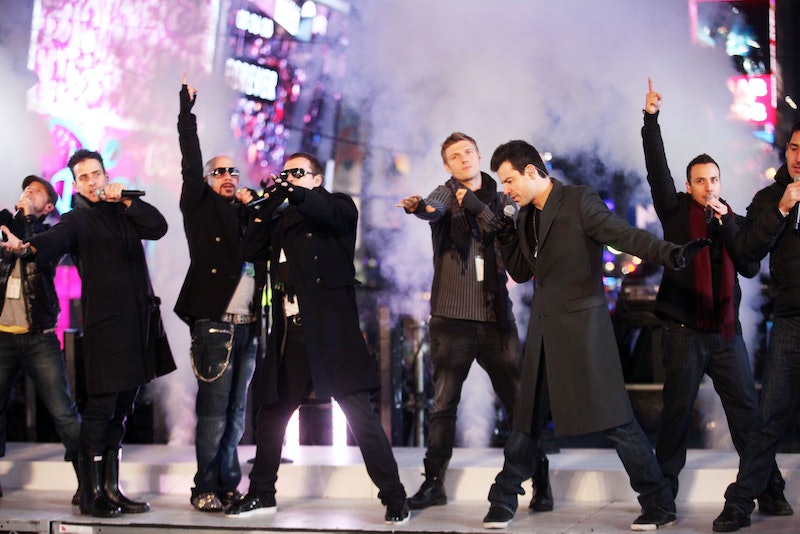 Here are some facts about forthcoming reality singing competition series Boy Band: It is slated to premiere this summer, I haven’t seen a single episode, I only found out about it a few hours ago, and I am already in love with it. On Thursday, The Hollywood Reporter reported that ABC ordered 10 episodes of Boy Band, “a reality competition where hopeful singers compete with one another to join a musical group.” A reality series that'll ostensibly introduce the world a new pop group by the end of the season? Sounds perfect so far.

As far as the cast goes, neither the judges nor the host have been announced. Can't wait to find out what one direction (sorry) the show goes in with the panel.

And as far as the host role goes, I would love it if Vanessa Lachey (née Minnillo) took the helm. Who better to lead a show about assembling a boy band than a Total Request Live host? Oh, and let us not forget that Lachey happens to have ties to another popular boy band called 98 Degrees.

If Carter, Dorough, Richardson, McLean, Littrell, and Lachey actually ended up on Boy Band, my feelings could be summed up in five words:

*Scream-laughs like McLean at the top of "Larger Than Life."*