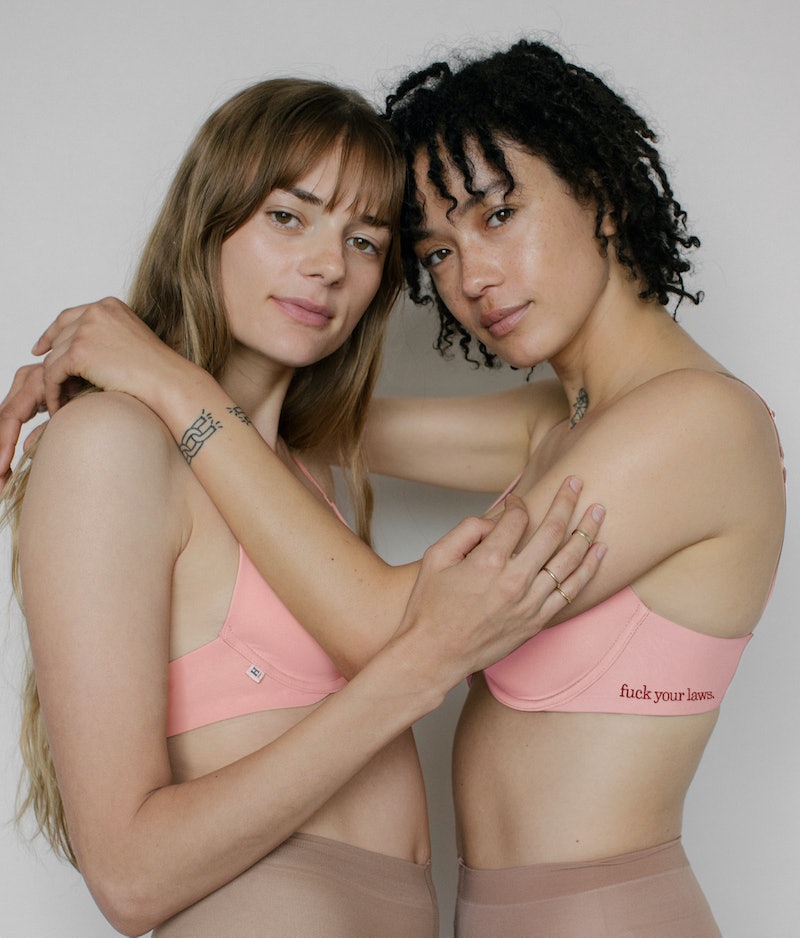 On May 15, Alabama governor Kay Ivey signed the nation's strictest abortion ban into law. Since then, reproductive rights advocates have been outspoken about the Alabama ban as well as similar legislative actions in Georgia. Now, bra brand Harper Wilde is donating 50% of proceeds to advocate for reproductive rights in response to the bans.

Harper Wilde is a women-founded and socially responsible brand. Since its inception, the company has been focused on the girls and women its bras are for as well as those who make the garment and those who work for the company. Through their Lift Up The Ladies initiative, the creators of Harper Wilde use their supply chain to advocate for factory workers by using a manufacturer that is home to gender equality initiatives, job advancement, and skill training. The brand also donates a portion of their sales to The Girl Project, a nonprofit that advocates for the secondary education of young girls around the world.

While the brand has been doing good for some time now, they're taking on more. Now, the brand is adding another initiative, and it's all about fighting back against the restrictive abortion bans that are being signed into law.

The Base Bra: F*ck Your Laws
Harper Wilde

Harper Wilde's new F*ck Your Laws bra is a reimagined version of their Base bra. The undergarment features slightly lined cups and full coverage, microfiber fabric for durability, J-hooks to covert the bra to a racer back, and adjustable straps. Perhaps most importantly, though, the bra features the slogan "F*ck Your Laws" embroidered on the side.

The bra doesn't just feature a meaningful slogan. The limited edition pink Base bra is also helping Harper Wilde give to those in the states where some of the most restrictive bans on abortions have been signed into law.

As part of the release of the F*ck Your Laws bra, the brand will be donating 50% of the proceeds to Access Reproductive Care Southeast (also known as ARC). The organization specifically helps those in the Southeast navigate reproductive care with financial and logistical assistance. ARC also conducts outreach, education, and leadership development through their various initiatives. The organization states its vision as, "...a world where all Southerners have full access to care and support around their reproductive health decisions without biases or barriers."

Harper Wilde isn't the only brand working to fight back against the bans and demand reproductive freedom. Beauty brand Lipslut Lipstick is also part of the fight. The company is donating 100% of its lipstick sales made using code "KEEP ABORTION SAFE" until May 24. The money will go directly to organizations working to keep the medical procedure safe and legal.

If you want to support the battle to for unrestricted abortion rights and provide support to those in the states where the abortion bans have been enacted, one way to do it is with your purchases. Whether its Harper Wilde's F*ck Your Laws bra or Lipslut's lipsticks, you can use your buying power as an agent of change.