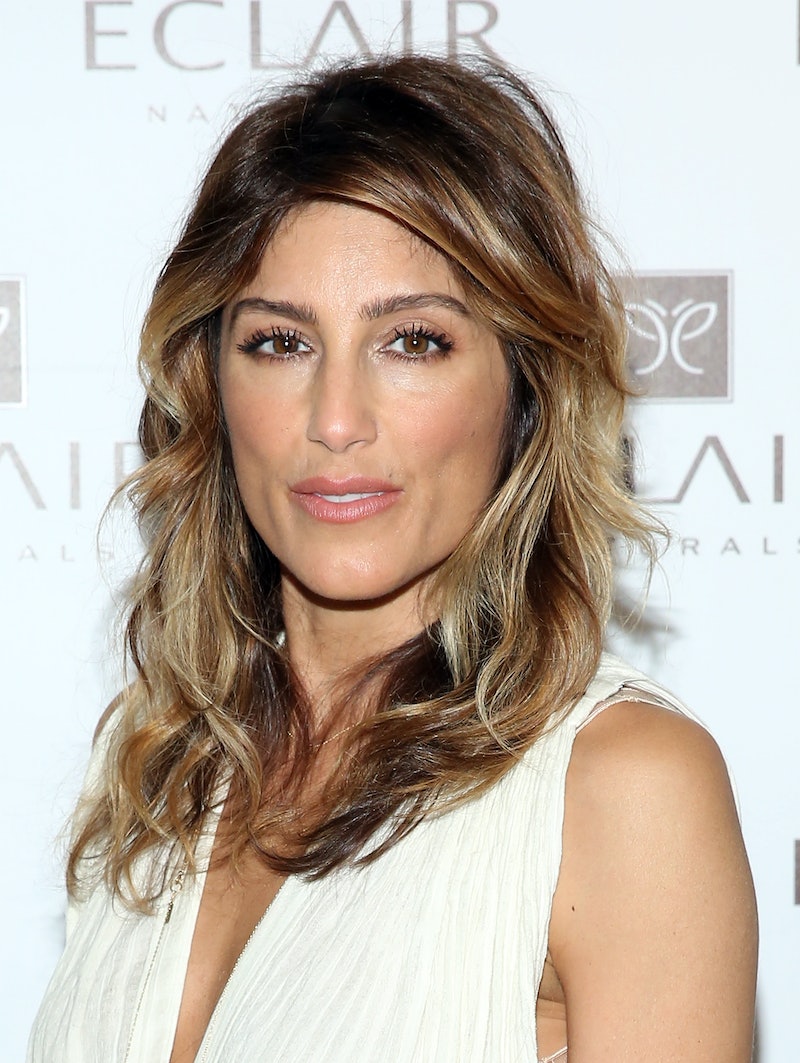 Jennifer Esposito isn't here for anyone twisting her words. Or more specifically, one word. Esposito, who was married to Bradley Cooper from 2006 to 2007, left a simple comment that had fans in a tizzy. Now, Cooper's ex-wife explained her Instagram comment about his Oscars performance with Lady Gaga. And it's clear that the NCIS actor doesn't appreciate her comment being taken out of context.

On Tuesday, Esposito shared a video on IGTV, in which she clarified her comment and responded to all the fuss. In the clip, the actor reminds fans that all she wrote was "Ha" — hardly a groundbreaking thing to say on Instagram. But fans pounced on her comment, debating what Esposito's reaction to Cooper and Gaga's "Shallow" performance really meant.

To recap, Esposito commented "Ha" in response to David Spade writing, "Is there any chance these 2 aren't f*cking?" in his own Instagram post about the Oscars performance. Esposito's comment on Spade's post was all in good fun apparently, and her new Instagram video makes clear that she was just laughing at the comedian's audacity, not making a statement about her ex-husband.

"I literally laughed at him because he was so bold in what he was saying, and I thought it was funny," Esposito explained. "I'm allowed to think something is funny."

"I didn't watch the Oscars, I don't know what went on, I don't care what went on," Esposito continued in her video. "I commented on something that I thought was funny."

The actor also called out Page Six, in particular, for bringing her book into the conversation. As she explained in the video, the memoir, Jennifer's Way: My Journey with Celiac Disease — What Doctors Don't Tell You and How You Can Learn to Live Again, was about her struggle with Celiac disease. (The passage in question comes from a 2014 article by Us Weekly, citing a portion of the book that mentions a "master manipulator" some fans believe to be Cooper.)

"To find that people are making judgment calls about me or them — or the people that the comment was about — is really psychotic," Esposito said in the clip. "Like, what else are you doing with your day?"

It sounds like Esposito wasn't trying to make any sort of statement about her ex at all, or his working relationship with Gaga. She was just laughing at Spade's audacity, but her two-letter comment was interpreted differently. And for the record, it's also worth noting that Cooper is in a longterm relationship with Irina Shayk, and they have a child together. Gaga, meanwhile, ended her engagement to Christian Carino earlier this month.

Esposito shouldn't have had to make a video explaining herself, but it looks like some fans really took the situation too far. Cooper and Gaga's chemistry while performing doesn't mean there's anything beyond a professional relationship between them — and Esposito wasn't saying that there was. So hopefully with her new statement, the speculation will quiet down once and for all.