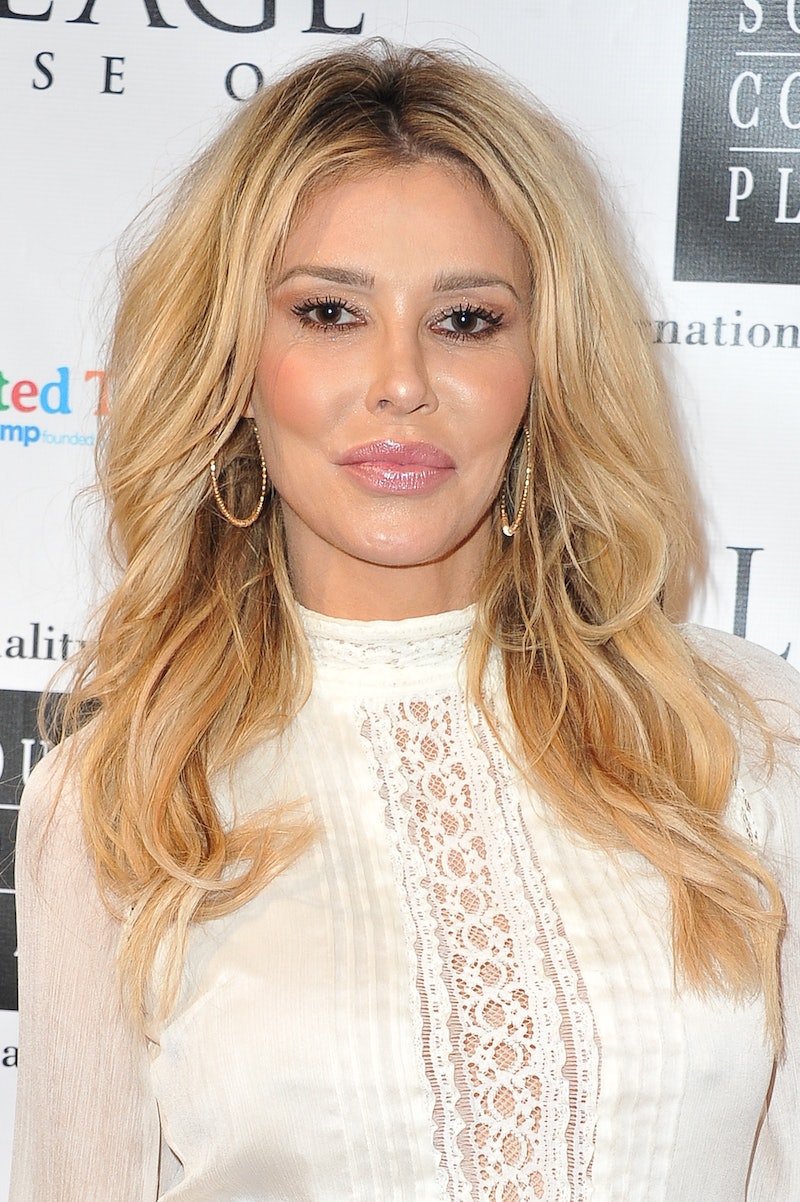 9021-OMG, indeed: The unfiltered blonde herself is coming back to serve up some drama in Beverly Hills. That's right, Brandi Glanville will be in The Real Housewives of Beverly Hills Season 9, as excited fans found out when People exclusively premiered the truly epic RHOBH Season 9 trailer on Thursday, Dec. 20. “Cheers, b*tch!” Glanville joked, while raising (not throwing) a glass to Housewives' newbie Denise Richards in the preview.

The scene's clip was but a brief — though not any less glorious — reappearance for Glanville, who gave up her RHOBH diamond following Season 5 (and only made a few appearances in Season 6). Despite previously tweeting she wanted to "let people wonder" if she'd return, Glanville later confirmed the news on Twitter, writing: "Let the games begin!! #RHOBH"

The reason for her comeback? As it turns out, Glanville and Richards are friends and also share the same agent, per People. Now, as a seasoned vet, Glanville — who's not part of the official Season 9 cast photo — is clearly going to show Richards the Housewives ropes.

"She’s ... sweet, but I look forward to seeing the naughty side!” Glanville previously told People of the Season 9 newcomer, who shares daughters Lola and Sam with ex-husband Charlie Sheen. "I think if she can handle Charlie Sheen, she’s got to have some kind of drama in her.”

And, oh, will there be plenty of dramatic moments when the new season of Bravo's RHOBH premieres on Tuesday, February 12 at 9 p.m. ET. Much like how Glanville was at odds (to say the least) with costar Lisa Vanderpump in the past, returning 'wives — Dorit Kemsley, Kyle Richards, Lisa Rinna, Erika Girardi (AKA Erika Jayne), and Teddi Mellencamp — will also be battling it out with LVP this year. (Camille Grammer will also have "friend" status this season.) And Glanville's already got all the tea on that, of course — though she's not spilling anything just yet.

“I know what went down because I'm friends with Denise, so I kind of have an idea of what it is,” she revealed to Entertainment Tonight in early December, also playing coy on whether she was going to be in the new season. “You know, I think that some of the girls are like 10 years younger, they're doing their own thing — they're jumping off cliffs, going to the Bahamas. I don't picture Lisa ever doing that, you know?”

Even so, in the same interview, she did call Vanderpump "a huge part of the show" and said she "can't really imagine it without her." And, for the record, Glanville does not think LVP will ever quit RHOBH.

Until Season 9 — which Bravo described in the sneak peek using the words "crazy," "epic," "unbelievable," and "shocking" — officially premieres, Bravo stans still have much to process. "Do y’all like the #RHOBH trailer?" Rinna tweeted. And Twitter users, of course, answered, with reactions to Glanville's return to the zip code of excess, in particular, yielding some of the most priceless fan reactions.

Many users saw no better way to depict their feelings than by using some hilarious GIFs. One fan may have even not-so-subtly intimated that Glanville may have had sneaky motives to get back on the show.

Some called it a Christmas miracle of sorts and had to share the love posting videos and screenshots.

Another fan felt the blessings from the Bravo gods after spotting another returning RHOBH alum: Kim Richards. (Richards may have a different take, however, as she seems to have become Kim's sparring partner, in the trailer.)

Not everyone was in the same boat, however, with one user comparing the news to the return of an ex.

No matter how you may feel, as Glanville herself once famously said on the show, "Thank god for Xanax."