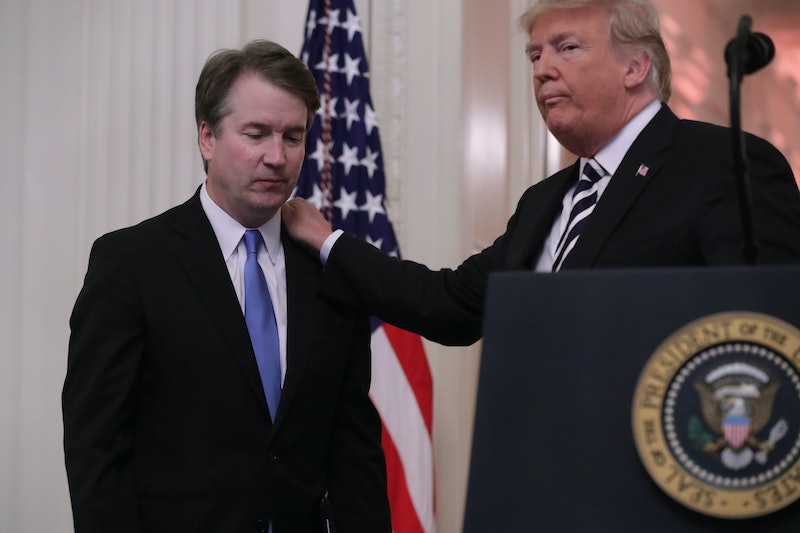 During his confirmation hearings, Supreme Court Justice Brett Kavanaugh lamented that, as a result of the sexual misconduct allegations made against him, he might not be allowed to keep coaching his daughter's basketball team. But the Washington Post reported on Tuesday that Kavanaugh is indeed coaching basketball again, suggesting that his fears were unfounded.

Kavanaugh has long denied Dr. Christine Blasey Ford's allegation that, as a teenager, he drunkenly pinned her to a bed at a party, groped her, tried to remove her clothes and pressed his hand against her mouth when she tried to scream. During his confirmation hearings, Kavanaugh partly blamed Ford's accusation on Bill and Hillary Clinton, called it a "grotesque and coordinated character assassination," and reacted indignantly to the suggestion that anyone would ever accuse him of doing such a thing.

In that same testimony, Kavanaugh also lamented that the "last-minute smears" against him could prevent him from continuing his side gig coaching his daughter's basketball team, regardless of whether or not he ended up on the Supreme Court.

“I love coaching more than anything I’ve ever done in my whole life,” Kavanaugh said during his Senate confirmation hearing. “But thanks to what some [Senate Democrats] have unleashed, I may never be able to coach again.”

Ultimately, Kavanaugh was confirmed to the Supreme Court, albeit by the smallest margin of any judge since the 19th century. And it seems that Ford's accusation didn't prevent him from returning to his coaching position: The Post reports that Kavanaugh successfully led his youngest daughter's basketball team to the championship game of a Washington D.C. tournament.

All of this stands in stark contrast to Ford, whose life was seriously upended — perhaps permanently — when she came forward with her allegation. She began receiving death threats shortly after going public; Kavanaugh says that he received threats as well, but it's worth noting that Ford has had to move out of her home on account of them.

In fact, Ford and her family have reportedly had to move no fewer than four times for fear of their safety since she publicly accused Kavanaugh of assaulting her. What's more, she was still receiving death threats more than a month after Kavanaugh was confirmed, her lawyer said in early November. In addition to moving several times and outfitting her latest home with a security system, Ford says she hired a private security detail to protect her and her family.

To pay for these expenses, a GoFundMe page for Ford was established in mid-September. She asked that it be closed on Nov. 21, at which point it had pulled in more than $647,000, and said she'd be giving whatever money was left over to organizations that provide support to trauma survivors.

"Although coming forward was terrifying, and caused disruption to our lives, I am grateful to have had the opportunity to fulfill my civic duty," Ford wrote in her last update to the page. "Having done so, I am in awe of the many women and men who have written me to share similar life experiences, and now have bravely shared their experience with friends and family, many for the first time. I send you my heartfelt love and support."