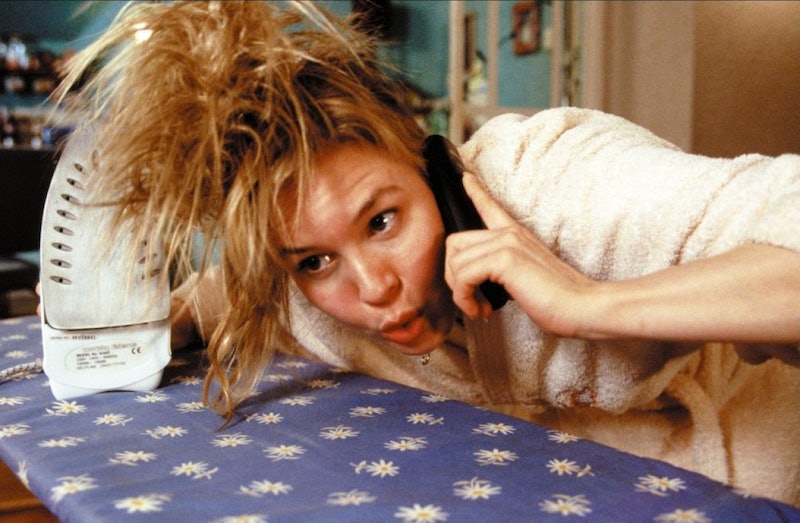 I've always said that Bridget Jones and I have some kind of spiritual connection, but now I'm rethinking that assertion, because the "Bridget Trump's Diary" Twitter account shows a yuuuge similarity between everyone's favorite hot mess and . . . everyone's least-favorite hot mess.

Created by Tiff Stevenson, Bridget Trump's Diary tweets fake journal entries for the president-elect, in the style of Helen Fielding's plucky heroine. According to Mashable, Stevenson "got the idea for the account in early January when she observed that one of Trump's tweets bore a similarity to Bridget Jones' Diary." Both characters have a penchant for sentence fragments and interjections, as Stevenson notes: "They share a love of words and exclamation marks too, such as vile!, tremendous!, media!, winning!, stupid!, weak!, smart!, loser!, love!"

"There are so many parallels between Bridget and Donald," Stevenson tells Mashable. "They are both utterly consumed with how other people see them and they are constantly chasing after the wrong guy." She adds that "[i]t's remarkable how little you have to change" in order to turn excerpts from Bridget Jones's Diary into Trump journal snippets.

Bridget Trump's Diary has taken on Donald Trump's clash with "vile Meryl," as well as his affinities for Russian Federation President Vladimir Putin — "MUST. NOT. THINK. ABOUT. VLADIMIR" — and UKIP leader Nigel Farage. Stevenson's parody account doesn't shy away from tackling Trump's uncomfortable relationship with his eldest daughter — "Must not think about how attractive Ivanka is, instead will pour efforts into becoming mega successful TV personality" — or the PEOTUS' trouble finding Inauguration Day performers.

Check out a selection of Bridget Trump's Diary tweets below, and head over to the parody Twitter account to read more hilarious entries.