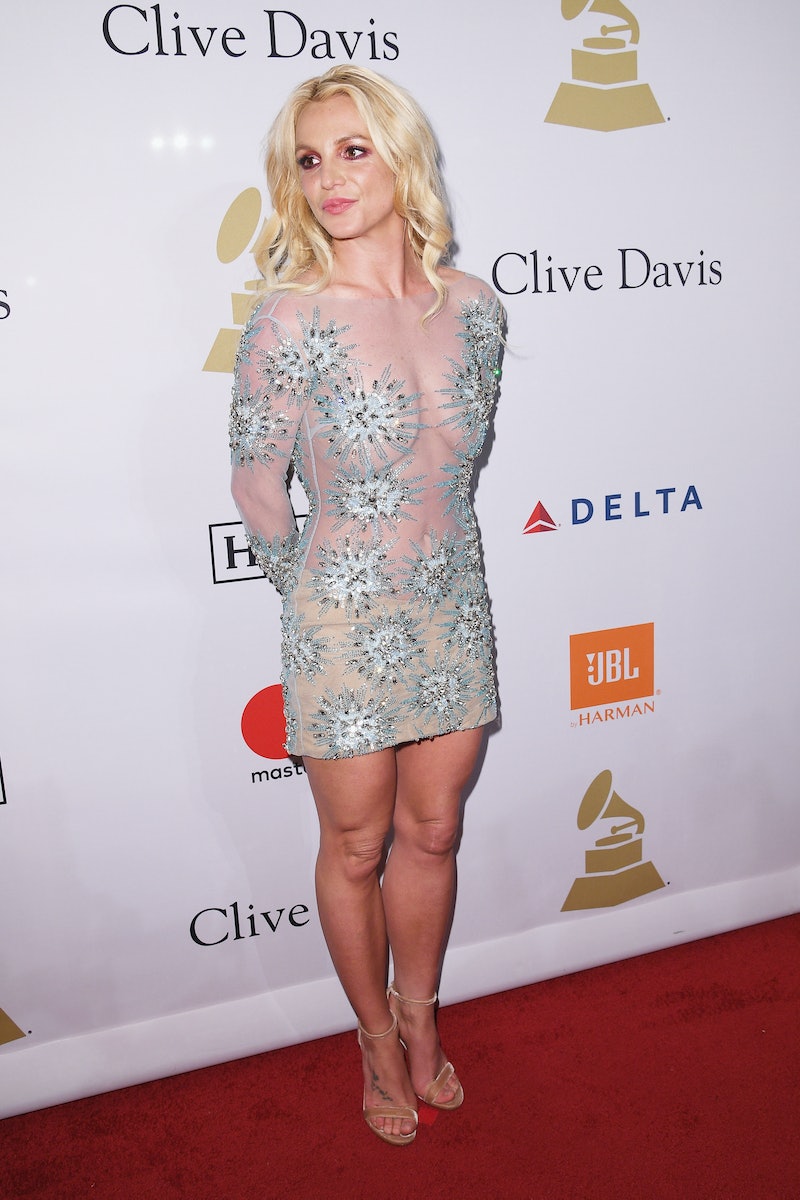 Britney Spears has been attending to personal and professional matters for much of 2019, which caused her to retreat from social media a bit. However, she pops back onto Instagram every so often to check in. In her latest post on June 12, Britney Spears debuted a new hairstyle. The singer went under the scissors for a subtle snip and is now rocking platinum highlights. Her new 'do and hue look absolutely amazing. But what's even more amazing is how excited Spears is about her coif. The "…Baby One More Time" singer made that abundantly clear in the Instagram video, which also offered a brief glimpse into how she's doing these days.

Spears' cut and color aren't too drastic nor are they something we haven't seen from her before. But it's been a minute since she has been this multi-tonal blonde shade and has had hair this long with layers. The length is likely an assist from from a new set of extensions. Her mega mane falls to her waist in big and loose waves. A slew of freshly cut layers frame her face and can be styled into faux and swoopy side bangs. Additional long layers appear to be mixed throughout the cut, giving Spears' new style lots of movement.

This bright and beachy look is summer-ready, and you cannot argue with the end result.

"I just got my hair cut and new highlights!" Spears chirped happily in the clip showing off her delightful bedhead. "A girl with new hair. What am I gonna do?" In the caption of the post, she stated that she may go shopping to celebrate her new style. When you are excited about a good hair change, you definitely want the whole world to see it.

Spears' new locks just might remind you of Hilary Duff's recent hair change, where the Younger star opted for '70s-inspired curtain bangs and long layers. This shot of Duff will leave you thinking that she and Spears are tress twins.

Ultimately, Spears bucked the biggest hair trend of 2019 with flowing strands. While fellow celebrities like Kim Kardashian, January Jones, Kaia Gerber, Reese Witherspoon, and Demi Lovato have chopped off their hair into angled bobs and wavy lobs, Spears went in the total opposite direction. She choose more length and more volume at the crown and roots.

The pop icon has remained committed to long blonde hair for a while now. But since she’s been on and off Instagram in sporadic spurts, any change she makes is going to be noticed by her legion of loyal fans. She posted this goofy car selfie back on May 31. When comparing Spears' two looks, you can see how much longer and blonder her hair is right now.

Spears also shared some shots while soaking up the sun and surf with her boyfriend Sam Asghari. Her locks were swept up and secured under a casual baseball cap in these images. She basically reminds you that really long hair is easy to style during hot weather months when you have ponytail holders and hats. Overall, Spears looks ready to tackle the summer by styling her sunny strands in various ways.