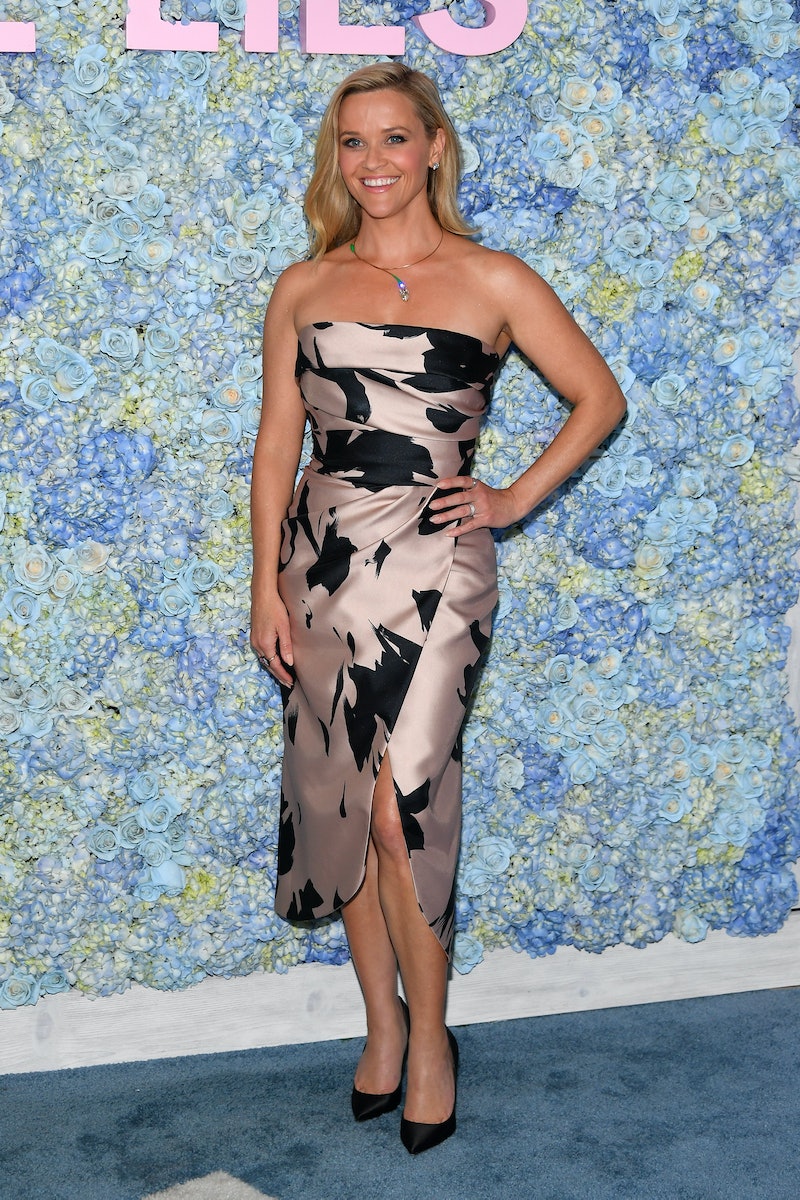 The bob is easily the trendiest haircut of summer 2019. There's a long list of celebrities who are currently rocking the style, and Reese Witherspoon's new lob makes her the latest one to join the crowd. On June 5, the Big Little Lies star shared a Boomerang video on her personal Instagram showing off her newly shorn strands. She clearly shed several inches of hair for this bouncy, warm weather-ready style.

In the debut shot, Witherspoon's golden locks are center-parted and blown back with volume at the hairline. The cut is a long and swingy style that skims her shoulders. It's also loaded with long layers. That makes it a versatile cut that the actor will be able to style in so many ways — from ponytails to beachy waves. You might find yourself instantly compelled to book an appointment at your salon for a similar snip after seeing the video.

In the caption of the clip, Witherspoon thanked her stylist Lona Vigi, who was responsible for this super summery style. Judging from Witherspoon's ear-to-ear grin, she loves her new look.

As recently as last week, Witherspoon was posting shots of herself sporting long and loose strands that fell down her back. That particular style has been her signature style for so long that this face-framing lob looks and feels like a dramatic change. It's also fresh, fun, and perfect for those hot and humid days.

This shot is plenty of inspiration to bring to your stylist for a fresh new cut, but if you still need to be convinced, don't worry: There are plenty more short celebs 'dos to copy.

Bobs and lobs have reigned supreme since the top of this year. But more people are going under the scissors and opting for shorter strands now. Here are eight other celebrities who have recently gone with variations of the bob and lob.