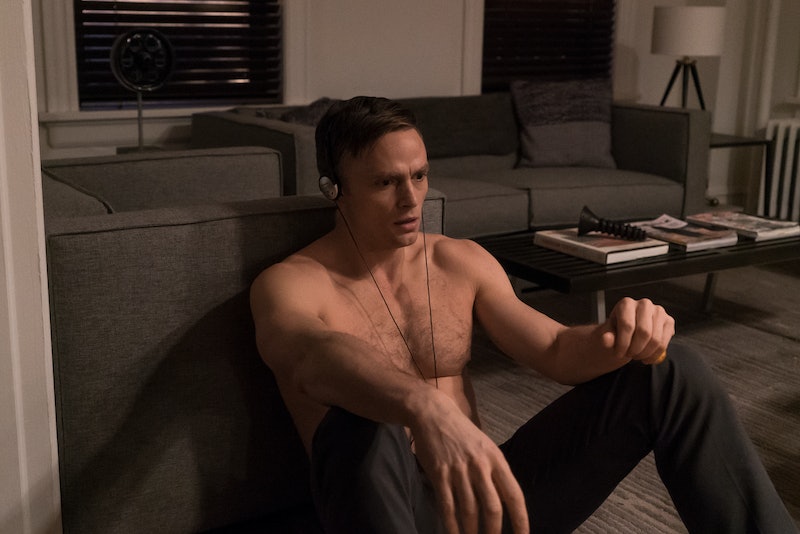 Spoilers for all of Daredevil Season 3 follow. There isn't enough room in New York City for two Daredevils and Wilson Fisk puts an end to the imposter he created in Daredevil Season 3. Bullseye's spine is broken in Daredevil and while it takes Agent Dex out of the final fight with Fisk and Matt, it's also a major Marvel Easter egg. In the comics, Bullseye also breaks his back — but it doesn't mark the end of Bullseye or his hatred for Daredevil.

Although the cause for his damaged spine is different, Bullseye in the comics has the same fate as his Netflix counterpart. In Daredevil #181, Bullseye escapes prison and kills Elektra. He's jealous because she has taken over from him as Kingpin's number one assassin. But obviously, it's far from OK with Daredevil that Bullseye just killed the love of his life. So when they battle, Daredevil actually seems to let Bullseye die. Daredevil had previously saved Bullseye from death in issue #169, which Bullseye resents (kind of like how Fisk wants Matt to kill him in the Season 3 finale instead of going to prison). So Bullseye doesn't want Daredevil to save him, but it's still shocking to see Daredevil let Bullseye plummet to his death.

But Bullseye doesn't die. Instead, he's shown in a hospital bed with a broken spine. His internal monologue goes:

"You just got lucky, that's all. I could've beat you. I almost did. Next time I'll... Oh, sure. I know what you're thinking. You're thinking there won't be a next time. You're wrong, Daredevil. Dead wrong. Prison couldn't stop me, and neither can this prison you've made of my body... My spine is shattered. I can't feel my arms or legs. I can't even talk. But man can I hate. I hate you more than ever. And that'll be enough. No matter how many months and years it takes, I'm gonna put myself back together. And then I'll come for you again. Just wait..."

While Fisk is to blame for his broken spine on the TV show, the mentally unstable Dex will probably take it out on Daredevil. Especially if Fisk is unreachable in a jail cell. Now with Julie (his "North Star") dead and his body broken, Dex can truly become Bullseye. And there's no mistaking that since the season ends with a zoomed-in shot of a bullseye in his eye. So this comic connection of Bullseye with a broken back promising vengeance is particularly ominous for Daredevil. And to add onto how big of a villain Bullseye will be in any possible future seasons, the Netflix series gave viewers another comic book-inspired tidbit.

The surgery in the series hints that Bullseye will have some sort of power beyond his natural abilities. That's further solidified by the fact that the doctors name is Oyama. In the Marvel comics, Kenji Oyama goes by the name Lord Dark Wind. He wants to make the ultimate soldier and he does so by using the steel metal alloy adamantium on the human skeleton.

Adamantium is the very same metal that's in Wolverine's skeleton and Oyama does heal Bullseye's spine in the comics with it. For the TV show, Dr. Oyama is using cogmium steel, which is a metal briefly featured the Iron Fist comics. Regardless, Dr. Oyama's experimental surgery will probably make Bullseye an even more efficient soldier than he was before.

So Bullseye could very well be a supervillain when he inevitably battles Matt in future seasons. Matt was already concerned in Season 3 that he couldn't defeat Dex on his own and with a super metal spine, Bulleye's aim could be even deadlier. That means viewers should expect plenty of Bullseye in Daredevil to come and for Dex's abilities to be all the more terrifying.