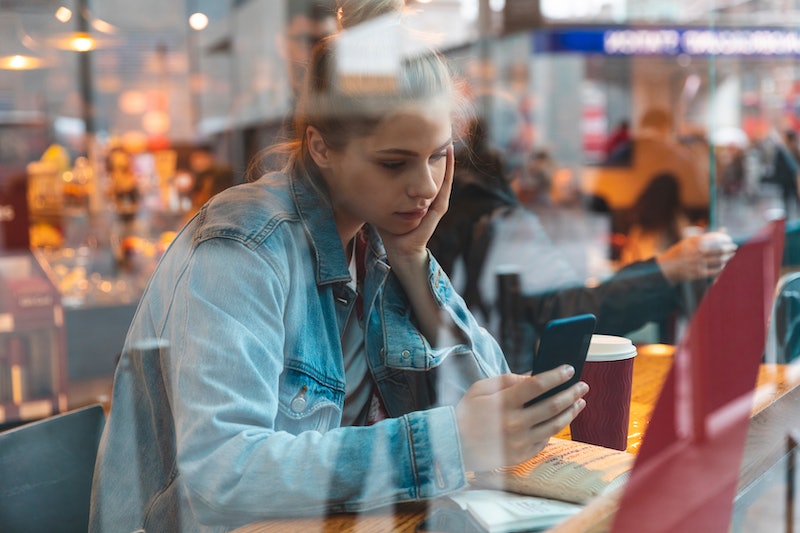 Whether you’re a seasoned dater, in a relationship, or relatively new on the single scene, you may have experienced ghosting. Ending a flirtation can be pretty tough. It’s never nice letting someone down and it seems that a lot of daters struggle with it. However, in the name of spooky season, Bumble’s dating campaign aims to put an end to ghosting once and for all. Realistically, it’s easier to get hold of people now that it has ever been so there’s no reason not to tell the person you’re saying how you really feel. And there’s some pretty easy ways to do so.

For the second year in a row Bumble is celebrating Halloween by launching an anti-ghosting campaign. Ghosting isn’t a new phenomenon yet it continues to haunt daters everywhere. The women-first social networking and dating app has teamed up with their in-house ghosting expert Kate Leaver to empower Bumble users to have the confidence to strike up difficult conversations about ending relationships in a nice way. This campaign is all about “breaking it off without the Boos.” Throughout spooky season, Leaver is working with Bumble to encourage users to have more conversations around ghosting.

In a statement Leaver said, "Ghosting is extremely hurtful. Take it from someone who has been both the ghoster and the ghosted; it’s bewildering and painful and strange. People tend to fill the silence left by the ghoster with their own insecurities. They look for explanations because they have not been given satisfactory closure on a potential romance."

Bumble surveyed their users about their experiences with the silent treatment and they received a massive 32,355 responses across the UK and Ireland. That’s a lot of ghosting. They found that 69% of Bumble users admit they would use text to let them down someone after a first date if they didn't intend on seeing them again. However, 62% said they would welcome advice on how to break it off with someone and 89% of people would prefer to know why someone didn't intend on seeing them again after a date.

Instead of leaving a former date in the dark, Bumble is encouraging people to get used to having open and honest conversations about cutting things off. Leaver points out that it’s difficult to be the ghoster as well as the ghostee. In a statement she said, "the simplest way to avoid ghosting is to always provide an explanation if you’re going to cease contact with someone romantically. On dating apps, chats often fizzle out naturally and that’s OK. But if you’re deliberately calling an end to an interaction you owe them the courtesy of a goodbye." So, if Bumble has anything to do with it, the only surprises you should be getting this Halloween should be trick or treat based.