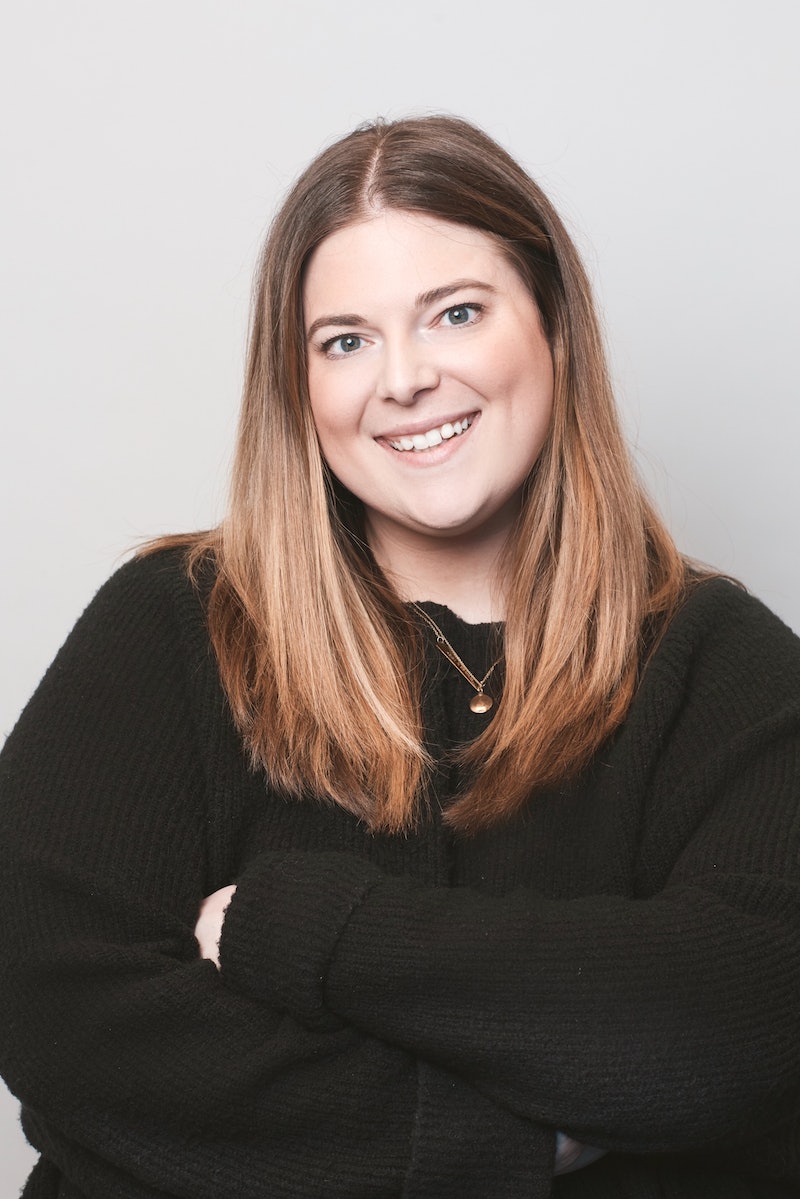 I'm one of those people who always has a lot to say — and probably more than my friends and family would prefer. I talk when I'm nervous. I talk when I'm bored. I talk to my mom and dad on the phone every morning about the very simple chicken recipe I cooked the night before. But, I've learned in the past year that there's a big difference between talking for the sake of talking and using your voice with intention. The latter is powerful — it can change the course of your life, and others'.

After all, in 2018 alone, we saw so many women use their voices in inspiring and influential ways. Dr. Christine Blasey Ford courageously faced the Senate to testify in a hearing for then-Supreme Court nominee Brett Kavanaugh. In Nanette on Netflix, Hannah Gadsby shared the intimate details of her personal life growing up closeted, as well as her sexual assault, in the first comedy special that left me in not-from-laughing tears (though there were plenty of from-laughing ones, too). Women and non-binary individuals are continuing to take control of their narratives by telling their stories how they want them to be told in movies, TV, and music.

That's why, for this 2019 awards season, Bustle is celebrating women and non-binary people who are using their words to amass power, make change, and achieve personal success. One woman who has found the power of her voice on and off screen is our cover star, Rachel Brosnahan. The current Golden Globe nominee for Best Performance by an Actress in a Television Series – Musical or Comedy (and 2018 winner) and star of Amazon's The Marvelous Mrs. Maisel doesn't just play a character with power, drive, and confidence, she has those virtues in life, supporting and fighting for fair and equal treatment for everyone in the industry and using her platform to urge fans and followers to be politically engaged.

Brosnahan is just one of the incredible women we're highlighting in this special issue. As a part of our 2019 Awards Season Pledge, we're asking women and non-binary individuals — working both on camera and behind the scenes in movies, TV, and music — what pledges they've made to themselves in their careers, and what they're doing to make sure the industry continues its progress toward gender equality. We're compiling all of their responses here.

One woman who created a viral and impactful moment this past year for many women behind-the-scenes is Aline Brosh McKenna, a co-creator of Crazy Ex-Girlfriend. In October 2018, McKenna wrote a viral tweet that highlighted how no one is ever too old to take their careers in a whole new direction, especially women who are sometimes led to believe, or even told, they can't. Along with many other incredible directors like her, McKenna has redefined making it in Hollywood by discovering new layers to her dreams — namely directing — and career after already establishing herself within the industry. We spoke to McKenna, as well as nine other prominent directors about why they waited, and how it felt to finally sit in the chair.

As part of this year's pledge, we also want to start collecting some data. In the year since Time's Up launched, millions of dollars have been raised and systemic issues within TV and film have started to be rectified — but just how has the way we consume entertainment changed in a #MeToo era? Bustle asked over 300 women and non-binary folks about their watching habits in the last year if accusations and the #MeToo movement have altered what they tune into, and how they think Hollywood has helped the effort by what the industry creates and the storylines they tell.

From the Golden Globes on Jan. 6 through the Oscars in February, some actors, directors, producers, writers, and more will have an opportunity to make particular use of their platform. When they go to accept their awards, many of those people will thank their agents, and others will tell their kids to go to bed. Then there are those that will use that 45 seconds (if they're lucky) to say something a little more impactful to those tuning in. It's their moment to make a promise to themselves and to others, to pledge their intentions for the future, and to encourage and inspire others to do the same. With this special issue, Bustle hopes to do something similar: give voice to those who are creating Hollywood moments that we love, celebrate those who are forging paths that otherwise might not be available to women and non-binary people, and encourage ongoing commitment in Hollywood to make sure things never go back to the way they were.