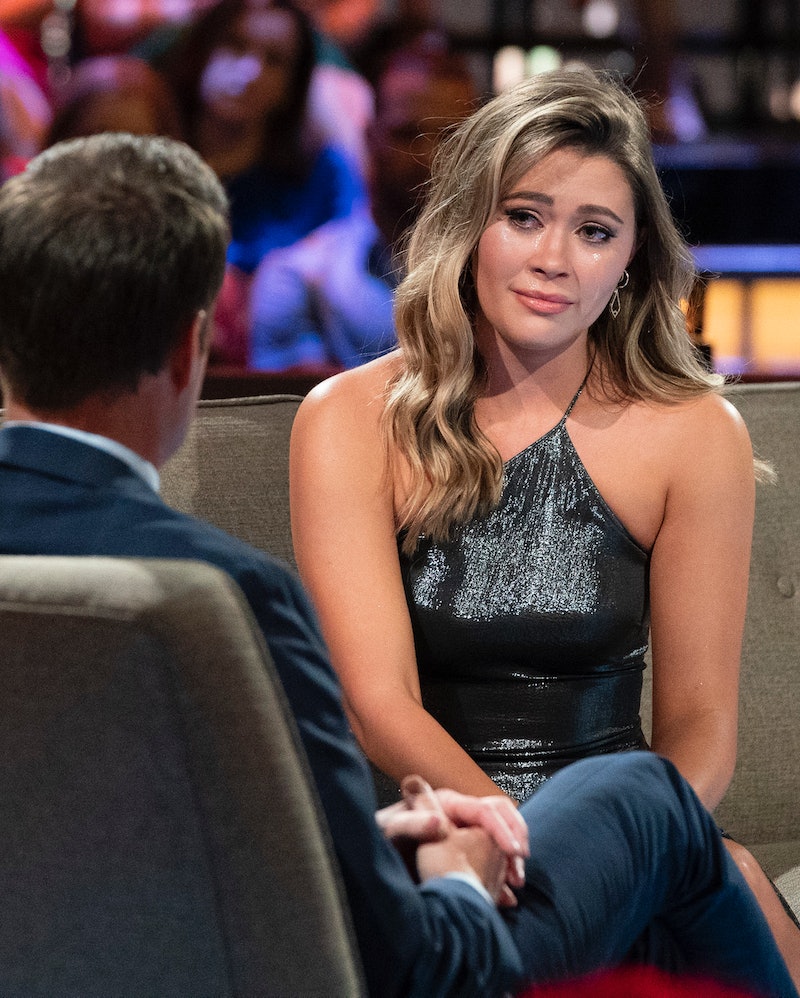 The current Bachelor season has had its fair share of drama and rivalries. But one contestant wants fans to remember that there are real people behind all the on-screen chaos. On Tuesday night, Caelynn's Bachelor Women Tell All Instagram post addressed the digital trolls, reminding viewers that contestants do read the comments people make about them online.

"This experience has been so incredibly difficult. This show is super easy to make fun of, I get it, but viciously tearing people down is absolutely disgusting," Caelynn wrote in her Instagram caption. "Girls on my season are getting death threats, I'm getting told to go kill myself. That's not okay."

Caelynn went on to admit that she's made mistakes. But that doesn't give trolls the right to attack her and the other contestants, especially not with death threats. Even if she's not your favorite person from The Bachelor this season, it's not doing anyone any good to make rude comments online.

"We are not perfect. We screw up (myself maybe more than others) but this show is partly about finding yourself, and that means falling in the process," Caelynn added in her post. "You can have your opinions, but keep the extra hurtful comments to yourself. The internet can be very dark, and instead of feeding into it, try taking a step back."

The pageant winner also took the time to remind fans that even though The Bachelor is a TV series, she and her fellow contestants are actual people, not fictional characters.

"We are real people. These emotions are real. You're watching a tv show, but we felt all of these feelings in a very intense way," Caelynn wrote. "Remember that the next time you go to someone's page to tear them down."

She's right — many fans do seem to have opinions about her and Cassie's supposed Bachelorette conversation. But the only people who truly know what the two ladies talked about are the people who were on the bus that day in Singapore.

Even Hannah B., Caelynn's former pageant rival, basically said as much during the Women Tell All special. When Chris Harrison asked Hannah about the conflicting reports from Katie and Caelynn, she was hesitant to take sides or go into detail about Caelynn and Cassie's conversation. Hannah also declined to share details about her past with Caelynn, saying only that they're in an OK place now, even if they're not the best of friends.

"This season was a complete whirlwind in terms of lies being spread about me. It's frustrating, but I'm happy it's over," Caelynn told E! News after the Women Tell All taping. "Cassie and I can stand by our word. I am not a liar and I can go to sleep knowing that."

In her Instagram post, Caelynn asked Bachelor fans not to share "extra hurtful comments" online, and she has a fair point. Even if she and Cassie aren't your favorite contestants, that's no reason to cyberbully them. All of the Bachelor Nation members are real people — and it's likely that they'll see at least some of the negative comments made about them on social media. Fans don't have to like all of the contestants, but they should still be treated with respect.