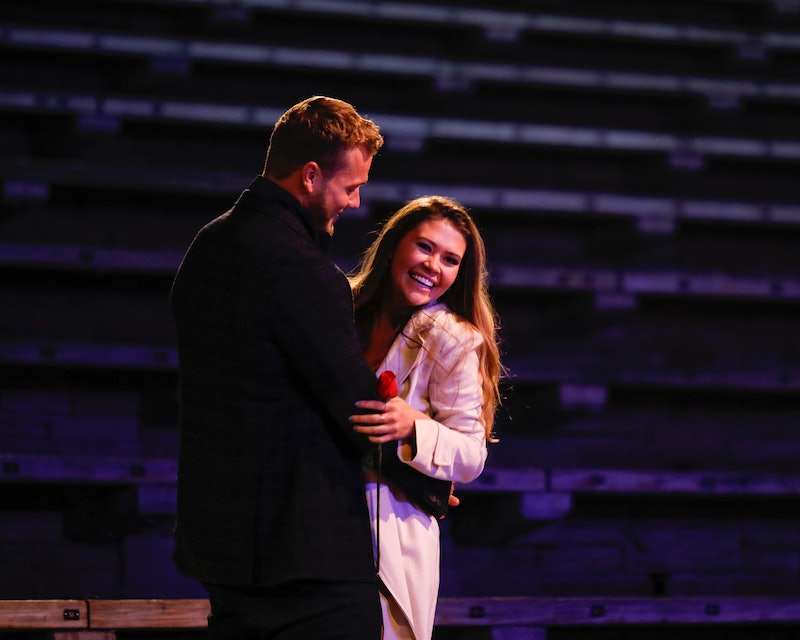 At the end of her hometown date, Caelynn Miller-Keyes told Colton Underwood that she was "in love with him." Not the Bachelor go-to of "falling in love," but that she was actually there and "in love." Even so, Caelynn was the only who didn't receive a rose on Monday night. Now, Caelynn still wants answers after her breakup with Colton on The Bachelor.

In an interview with Glamour, the beauty pageant winner confessed, "I'm continuing to heal my heart." That's understandable, especially after reliving their entire relationship by watching the episodes. She went on to explain,

"I thought I had processed this breakup fully, but there are still emotions to hash out. I mean, I hope Colton finds his person, and I hope he's happy. I want him to find that and to find love."

Glamour noted that this interview was done before the Women Tell All special. Hopefully, Caelynn had the opportunity to have a one-on-one conversation with Colton during the taping.

During the Feb. 25 episode, Caelynn admitted that she saw herself and Colton ending up together. In the Glamour interview, Caelynn was asked, "Do you still think Colton could have been right for you?" The Virginia native admitted, "I still think about this sometimes. I think we would have made each other very happy."

Nevertheless, Caelynn managed to find the silver lining of the breakup. She explained, "But if he didn’t love me, then I’m happy he sent me home when he did and we’re not together. I’d rather him send me home and deal with this heartbreak than us break off an engagement." A post-engagement heartbreak definitely would have been more difficult to deal with.

Even though she does see the bright side of getting dumped during that point of the Bachelor journey, Caelynn still needs some answers. She shared,

"My biggest question is: When did Colton know he didn’t want to be with me? Because a week prior, he told me he had been falling in love with me since Singapore. To hear that and then be dumped just a week later, I want to know what it was."

That's fair, especially since she was the only one who definitively said she was "in love." Then again, Colton can't date four women at the same time forever.

During the episode, Caelynn told Colton that he "blindsided" her when he didn't give her a rose leading to fantasy suite week. Did watching the show bring comfort? Or did seeing the episodes just leave Caelynn with more confusion?

In a Feb. 25 Instagram post, Caelynn discussed her time on The Bachelor. She admitted, "Wow, it’s a weird thing watching yourself fall in love on TV. These past few months have been really difficult."

Still, she managed to keep it positive, writing, "I put my whole heart on the line and I fell in love with an incredible man in the strangest way. Colton, thank you. You constantly pushed me and challenged me, and I walked away from all of this a better person."

Going on The Bachelor isn't all world travel and roses. Caelynn developed real feelings for Colton alongside some women who became her good friends. Then, she got dumped and had to watch their entire relationship play out on television. No one can blame her for having some questions. Hopefully, she is able to get some closure in the near future.