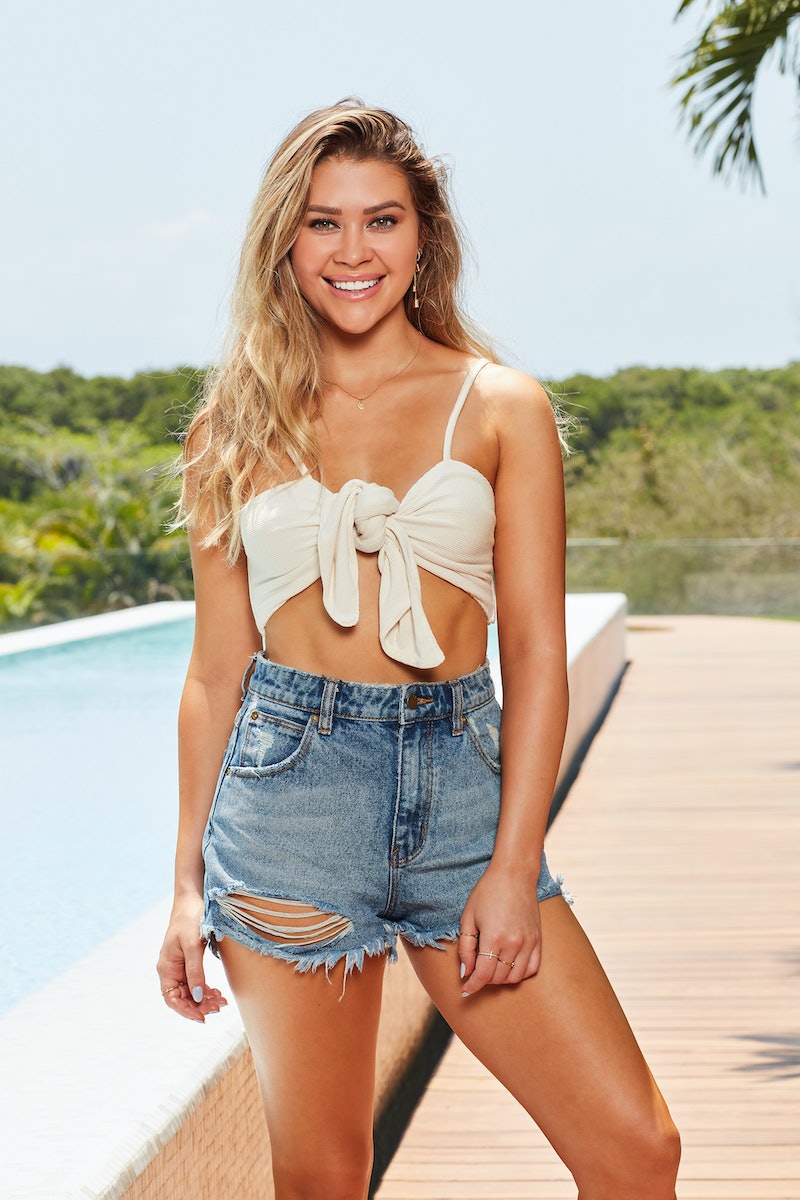 Bachelor in Paradise Season 6 is still a few weeks away, but that isn't stopping fans from speculating which Bachelor Nation alums will end up walking off into the sunset together when the season comes to an end. In particular, fans have been asking about Caelynn Miller-Keyes' relationship status. And Caelynn's response to the Dean Unglert dating rumors will make Bachelor in Paradise fans extra pumped for Season 6.

Though she still refused to confirm or deny that they're together, Caelynn did tease a few details about her Paradise experience during a recent chat with Ashley Iaconetti on iHeartRadio's Almost Famous podcast, which could potentially hint at how this all works out. "Paradise was great, it was horrible and great at the same time," Caelynn told Ashley I., per E! News. "Whether or not I'm in a relationship or not, you will just have to wait and stay tuned and watch on Aug. 5."

The fact that Caelynn described the ordeal as both horrible and great could indicate that she ends up having both good and bad experiences throughout the season. That's not exactly surprising given how much drama tends to bubble up on the beach in Mexico. But considering that she also had a "great" time while she was there could prove that she ultimately finds someone special when all is said and done. Could that someone be Dean? For the time being, all signs seem to point to yes. Bustle reached out to Caelynn and Dean's reps for comment on the dating rumors when they first started in early July but did not hear back.

A source reportedly shared with E! News that "Dean and Caelynn are dating," adding that "Caelynn traveled to Spain to meet Dean and they were together for four days." In an Instagram photo that has since been deleted from her social media account, Caelynn had posted an image of herself in Barcelona with the caption reading: "Clearly hating my time in Spain." Guess who also just so happened to post a photo of himself exploring Spain on that exact same day? Yup, that would be Dean.

Granted, all of this is just pure speculation since neither Caelynn nor Dean has confirmed the romance. But it definitely feels like more than just a coincidence that these two were visiting the same country at the same time.

For his part, Dean also spoke out about the dating rumors while co-hosting a recent episode of his Help! I Suck at Dating podcast, though he was coy with his remarks and didn't provide any clear-cut answers on the matter. “I’m not saying whether I am in a relationship now or I’m not, but I went on the show with zero intention to leave the show in a relationship,” he explained on Tuesday, July 16, as per Us Weekly. “Almost actually fighting it, to leave in a relationship.”

Clearly, neither Caelynn nor Dean is ready to have any relationship they may (or may not) have go public right now, which is totally their right. Viewers will just have to wait until BiP returns to see if any sparks start to fly.