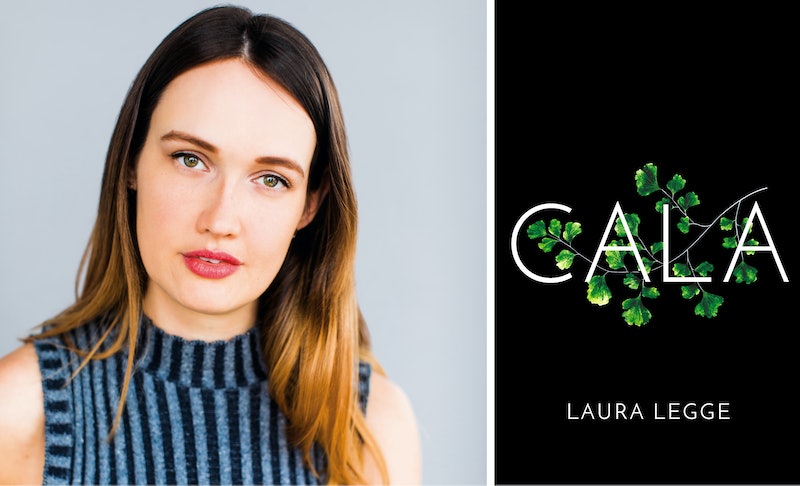 Laura Legge is an author who lives and writes in Toronto. She is the winner of the 2016 PEN International New Voices Award. 'Cala' is her first novel.

Satanists at Women’s Day marches. Lana Del Rey placing a hex on the President. The past three years have seen a rise in the visibility of the occult: tarot, astrology, crystals, rituals, natural magic. It’s no coincidence that these same years have been the most volatile in my living memory, from a global perspective. Evil is so often couched in one-sided, seemingly limitless power, as in our increasingly despotic governments and our monstrously large corporations. In the face of such widespread destruction, ordinary, measured responses may seem insufficient on their own. People want to couple them with a power that is equally limitless, and at the same time intimate, something that can be massaged into a means of resistance.

While the Internet works feverishly to reveal everything, to leave no stone or GIF unturned, the occult does the opposite. One definition is “knowledge of the hidden,” a knowledge that takes time, and curiosity, to access. Everywhere I look, people are working to mass-produce that mystic knowledge, from rose quartz water bottles to Palo Santo perfume, often appropriating traditions in which they have no genuine interest in the process. What the occult does, and the commercial sale of its accessories does not do, is invite a shift in perspective, quieting the media, pride, and insecurities that place the “I” at the centre of the universe. Mystic practices may hearten us to believe there is something more important than us out there, a higher order in which we may be held safe, sometimes, from harm. They may infuse us with hope, in the spirit of DeRay McKesson’s assertion that “hope is work” or Leslie Harrison’s that “hope is the blood with which you write letters.”

Those of us who identify as female, trans, or gender nonconforming may have a particular reason to turn to the occult, in its sexy, dark, spark-spitting finery: it is one way to combat both the presence and the menace of sexual violence, harassment, and dehumanisation. That particular problem has not become more ubiquitous in the past three years, but its ubiquity has been exposed. And, now laid bare, it can sometimes make the world outside seem outright hostile. The occult is in part about boundaries. When a girl makes a joke about reading her crush’s astrological chart, she may really be talking about reclaiming control. She may believe in astrology as a concept, yes. But she certainly believes in imbuing her body with a sense of welfare in this disturbing, if unspeakably beautiful, world.

For the six months following the U.S. election, when several disturbing events in my personal life overlapped with broader revelations of sexual violence by brave humans across the planet, the world seemed to vibrate with the latent threat of brutality. I am sure many of you have had this experience, and some to greater degrees, based on race, class, access to housing, immigration status, and a host of other factors that affect personal safety. The sense is so disorienting, so incredibly counter to how we should live in community, that it can make a person feel, well, that they are not much of a person.

For my birthday in April 2017, my dear friend Ilana laid out her late grandmother’s silk scarf on my dining room table and performed a tarot reading for me. I have always considered myself spiritual, but prior to that I had mostly been interested in the writings of the Christian mystics, who were really poets; in music, art, and the natural world as conduits to the divine. I clearly remember the spread she pulled, with sureness and grace: reversed V of Cups, Strength, The Lovers. The narrative she wove through that spread was uplifting, not necessarily because I believed in its prophetic power, but because I did not deny its potential. At a time when I was having trouble trusting the soundness of most things around me, it was comforting to surrender, to have a moment in which I could simply be — not be vigilant, not be on guard, but be. That night I felt an undeniable shift.

When I say that the mystic is both limitless and intimate, I hold that in contrast to the organised religion in which I was raised. Growing up, I went to a United Church most Sundays. In my experience, United Church is the loosest of all branches of Christianity, and it showed. I did not want to leave my typewriter (I was a weird kid) to see a random man perform Cat Stevens covers on his acoustic guitar, and I certainly did not see myself reflected in any of the Father and Son talk. But there was one part I truly treasured: opening those heavy, wooden doors to the noon light, the sounds of the natural world.

If I were to pinpoint what spirit — the occult — is to me now, it would be that moment. Having been trapped, or narrowed, and stepping outside. All the colours, creatures, and sensations of the world. The dangers, but oh, the possibilities.

What the occult offered to me in those months, and continues to offer me in its own quiet ways (collecting Balm of Gilead, bloodroot, burdock; honouring my ancestors; communing with the elements), was a tool to access my inner resilience. I do so with this disclaimer from Cunningham’s Encyclopedia of Magical Herbs in mind, especially with regard to broader social change: “Herb magic — as with all magic —must be backed up with appropriate and timely actions in the physical world.”

I no longer place any of my hard-earned hope in organised religion, but neither do I want to live a life without spiritual belief. What I carry with me is the potential of that moment, of transcendence, of profound feeling. Whether it comes when I burn holy wood alone, or when I show up to a rally, or when a dear friend reads my tarot. I know very little these days, but I know one thing: if something makes me feel alive, and seen, and safe, if something in this world makes you feel that way, you walk far and far and far into that noon light.