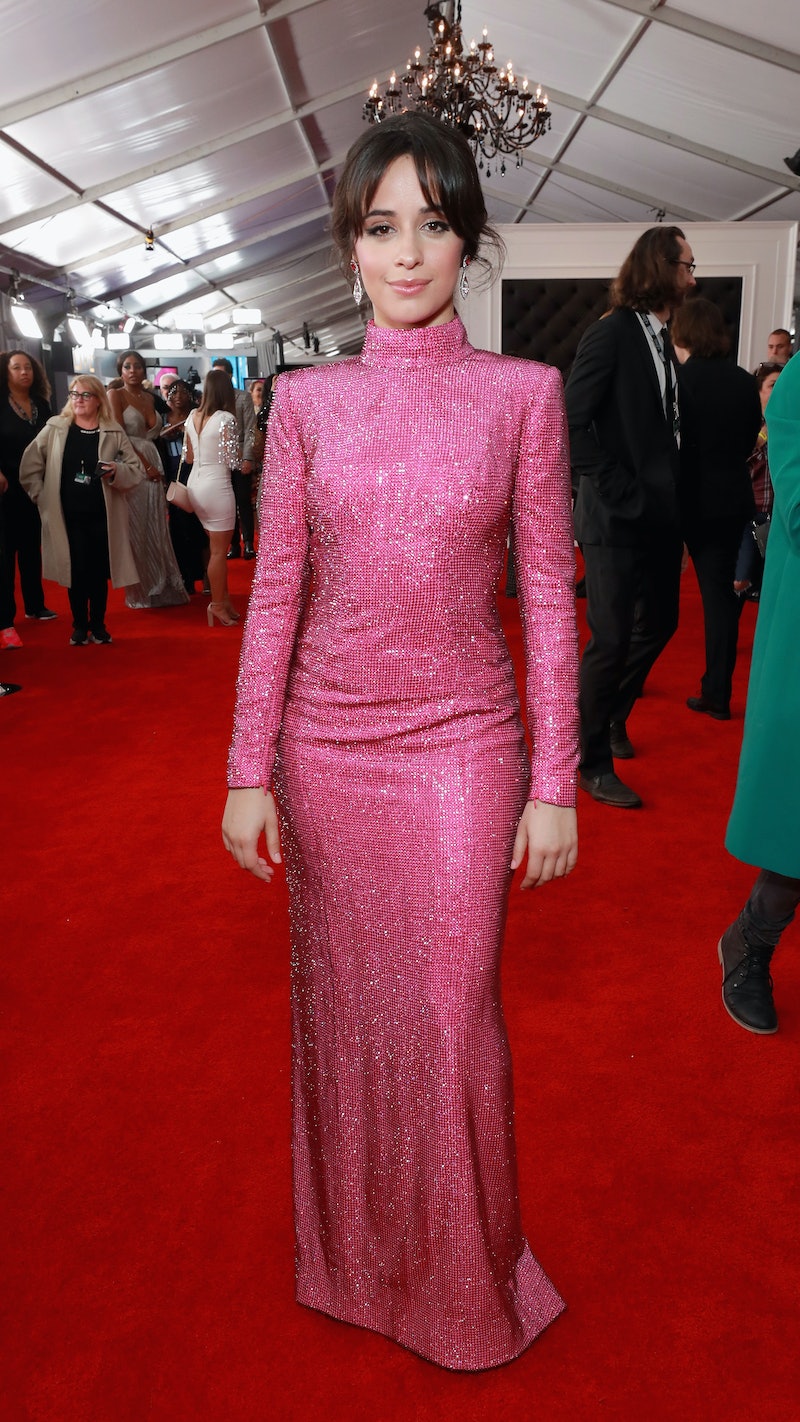 Following her breakthrough success as a solo artist, Camila Cabello is gearing up to add yet another amazing title to her already impressive résumé. On Tuesday, April 9, The Hollywood Reporter revealed that singer and songwriter Camila Cabello will star in a reimagining of Cinderella and there seemingly couldn't be a more perfect person to step into the iconic Disney character's coveted glass slippers. In addition to making her acting debut on the project, Cabello will also will be heavily involved in the film's musical landscape, according to THR.

Although she has yet to publicly comment on the new role, joining the Cinderella project appears to be something that Cabello's had on the brain for years given that she's penned music dedicated to the fairytale story in the past. Die-hard Camilizers may recall the singer's unreleased 2014 song entitled "Cinderella" that was leaked back in 2016. While the song never became part of Cabello's actual discography, fans may finally get to hear an authentic Cinderella-related release from the singer, thanks to the forthcoming film.

The whole thing is certainly exciting. However, there aren't many details surrounding the project and it's narrative that still remain scarce. The Wrap revealed that the premise for the revamp was an original idea of Late Late Show host James Corden, who will serve as the film's producer alongside his Fulwell73 partner Leo Pearlman. The outlet also shared that Emmy-nominee Kay Cannon, who had her directorial debut with Blockers and also wrote the Pitch Perfect franchise, has been tapped to write and direct.

Although no release date for the Cinderella remake has been set as of yet, THR's report indicated that Sony has put the project on the fast track for production. So fans can look forward to hearing more announcements in the very near future.

The recent news seems to prove that Cabello's ready to take over the world with both her singing and acting abilities. Prior to her breakthrough as a solo artist, the 22-year-old singer was part of the group Fifth Harmony. Her self-titled debut album Camila made major waves in its release with her hit single “Havana" which became Spotify's most-streamed song by a female solo artist, according to Billboard. The former X Factor contender has definitely been hard at work lately. Just last month, she collaborated with Cuban-American singer Alejandro Sanz on a song and accompanying music video called “Mi Persona Favorita” for his newly released studio album El Disco.

On April 8, Cabello also revealed that she's in the midst of writing her sophomore album. The singer took to Instagram to share details about her creative process with fans. Along with an illustration that was titled, "The Art of Kissing," Cabello wrote, "I’m in the part of my album process where I see it come to life in pictures I love, colors that feel like the stories, and aesthetics - this is what I love so much about making an album."

Speaking of the fear of bringing her new album to life, she added,

"Making a whole world in your head come to life. It’s so important to me that it comes out the way that I see it in my head, that it can honestly be terrifying. I get so invested in it and care so much that it feels so intense, important, and a little bit scary. But I think everything that you care about a lot is a little scary, because it means something to you. idk, maybe I need some wine and some chicken nuggets? Anyway, that’s my life right now."

It seems that Cabello's brief hiatus from the spotlight is certainly going to be worth the wait. Her Twitter bio also offers an added bit of telling insight about what the future may hold for her, simply sharing, "brb, trying to write the album of my dreams."

With her acting debut and a new album on the way, it looks like 2019 is going to be one hell of a year for Camila Cabello.