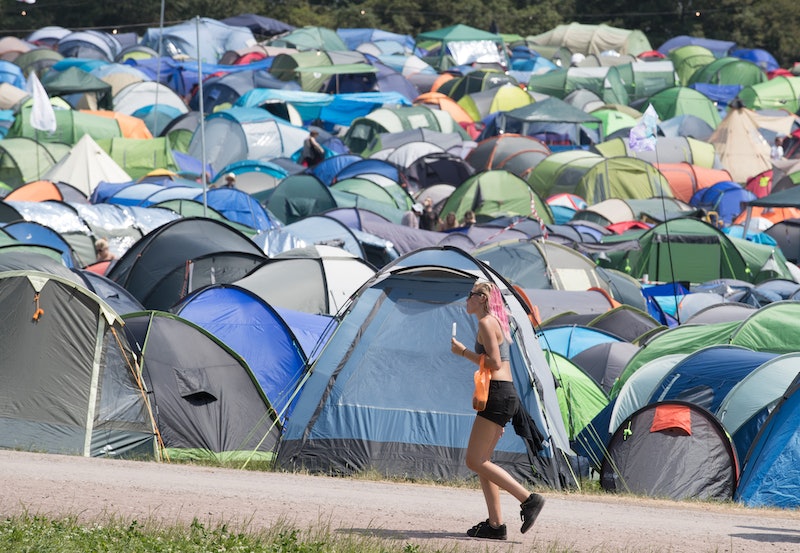 Whether you made it to any festivals this year or just caught the highlights on TV, there’s something so sad when Reading and Leeds come around, marking the end of the summer festival season for another year. There are few things more fun than packing up a car, picking up your mates, and hanging out watching music in a field for a few days. However, campaigners want festival goers to be more responsible. They argue that festival goers should pay a tent tax to encourage them to tidy up after themselves. The only downside to festivals, apart from the toilet situation, is leaving. It’s always so sad knowing you have to go back to normal life but seeing the mess left by campers on the fields where festivals are held is shocking.

Campaigners are calling for campers at Reading and Leeds festival to be charged with a £25 deposit due to the fact that so much mess is left after the festivals every year. After the end of the two festivals, which ran over the August bank holiday in 2019, pictures emerged of rubbish, tents, and even gazebos that had been left by revellers. This mess isn’t only really disrespectful to festival organisers and workers, it’s wasteful and awful for the planet.

Clean Up Britain is the campaign that is proposing the £25 tent deposit. Their founder, John Read, described the practice of leaving tents at festivals a "glorified form of flytipping" on the BBC. He said, "this is heartbreaking and such a waste of resources. It should not happen. You see a lot of people saying they care about the environment but their words and actions don't match up."

Reading and Leeds haven’t released a statement about the matter. However, I have reached out to their press team to ask if they have any comment and and will let you know if I hear anything.

A delivery service was introduced at Reading and Leeds, run by, FestivalBag. this year that let festival goers carry their tents and festival gear home. As the Reading website explains, "With FestivalBag you travel to the festival equipment free, pick up your FestivalBag, pitch up and ROCK out, then you throw your kit into the bag and drop it off as you’re leaving. You get the FestivalBag delivered home where you can REUSE your kit and for being a sustainable festival going legend you get a REWARD."

According to the think tank Powerful Thinking, UK festivals produce a massive 23,500 tonnes of rubbish every year. And, sadly, two thirds of that is being sent off to the landfill. Besides the fact that this is terrible for the environment it can also take weeks to clean up the fields once festival goers are back home.

Speaking to the Telegraph the CEO of Keep Britain Tidy Allison Ogden-Newton said, “that is hypocrisy, leaving tents in an age where we are doing our best to fight plastic bags and water bottles.” She continued:

“Because these festivals take place in large open spaces and farmland and often the landlords are private, it is not subjected to the same level of scrutiny. I think that’s an issue.”