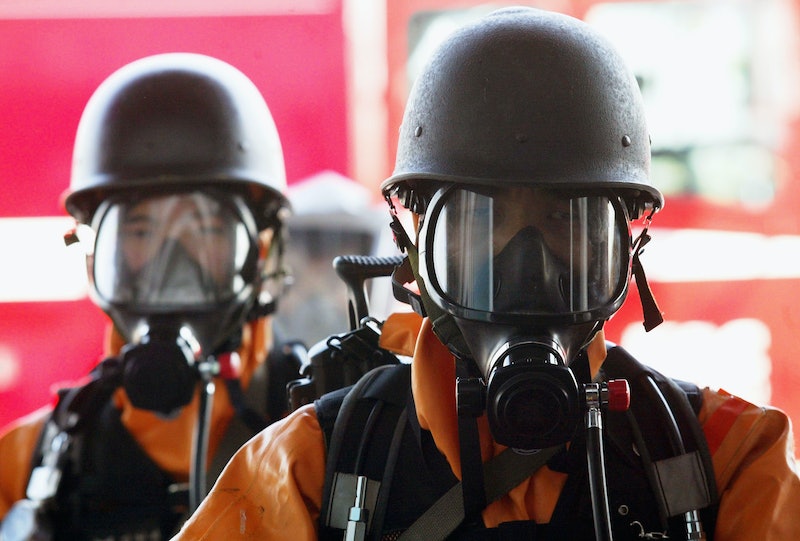 At the end of July, North Korea tested an intercontinental ballistic missile (ICBM) that was airborne for roughly 45 minutes before landing in the Sea of Japan. CNN reported that the missile traversed approximately 621 miles at a maximum height of 2,300 miles. But American, South Korean, and Japanese analyses of the missile test indicate the the missile could target major U.S. cities if it traveled along a flatter trajectory. Does this mean that a North Korea nuclear missile could reach the East Coast of the United States? Though it is still unclear, this possibility should not be ruled out.

Hawaii, Alaska, and the West Coast — as well as Guam, which North Korea has explicitly singled out — seem to be the most threatened by a potential North Korean missile launch, but Vox reported that the ICBM could target Chicago, New York, or even Washington, D.C. According to Jeffrey Lewis, who specializes in North Korea’s missile program at the Middlebury Institute of International Studies, a 45-minute flight time suggests that the missile could travel at least 6,200 miles.

It is unclear how heavy a payload the missile's warhead can carry — which is important information, because missiles bearing heavy payloads cannot travel as far — but if it meets Lewis' estimates, an upgraded ICBM could have the East Coast within range.

The Daily Beast article Lewis includes in his tweets points out that North Korea has a tendency to launch its test missiles straight up into the air. This means that during the tests, they're not intended to go as far as they potentially could — which consequently also means that Washington should not underestimate North Korea's nuclear capacity, despite Secretary of State Rex Tillerson's attempts to assuage the concerns of the American public.

North Korea made a significant amount of progress in a short period of time. At the beginning of July, it tested an ICBM that was capable of reaching Alaska. Less than a month later, it tested a missile that could go much further.

These missile tests have clearly stirred tensions in Washington. In an improvised response to North Korea's apparent escalation of its missile and nuclear program, Donald Trump demanded on Tuesday that the isolated country stop making threats or it would be "met with fire and fury like the world has never seen." However, it was Trump's rhetoric that catalyzed Pyongyang's threat to strike at Guam, and perhaps made other major American cities more vulnerable.