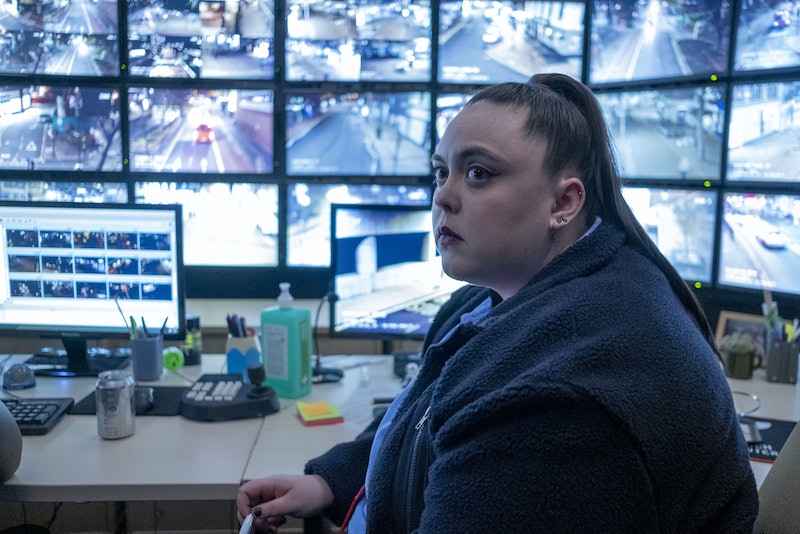 The BBC's drama department sure knows how to grip an audience, as they've only gone and done it again with The Capture. Despite only being two episodes in, this high-tech thriller has already filled the Bodyguard-shaped hole in my autumn viewing schedule. And with a premise that relies on the characters (and viewers) to question what they're seeing, The Capture plays on expectation and whether your actions can be manipulated by surrounding technology. But can CCTV be altered, and should you be wary of it?

CCTV has become a pretty common sight to most Brits, which was first implemented in the early 1960s. Since then, the number of cameras dotted around the country has grown exponentially, with the UK reportedly having "some of the most surveillance cameras per head in the developed world," according to The Guardian. Add to that the increased development of manipulation technology, the premise of The Capture reads more like a cautionary tale of how British surveillance could be manipulated than a fictional story.

While it seems that digital manipulation such as deep fakes haven't made their way to CCTV just yet (that we know of, anyway), it has been demonstrated to work. One example was in 2014 when a San Francisco based company removed "everything from individuals to dogs and moving vehicles" from a surveillance video, as New Scientist reported at the time.

In this instance, the removal of individual people and objects showcased how software could protect their privacy, but it stands to demonstrate how believable an image can look once it's been manipulated.

"The technology to do this certainly exists and with the growth of artificial intelligence it's going to become easier and easier to do that," former senior military intelligence officer and security expert Philip Ingram told iNews. "But there are programs that allow you to feed digital imagery to see if it's been manipulated. It then looks at the metadata behind the imagery and you can see what's been done with it or if it's been altered."

"You beat technology with technology. You don't beat it by banning it, because then it will go underground."

With the case of The Capture, it seems that DI Rachel Carey (played by Holliday Grainger) is starting to question whether the images she's viewing are being manipulated, so the next episode could very well see her use a similar program to see whether or not this is the case.

It won't be surprising if such a program is utilised in the series, as it relies heavily on realism when portraying the operation rooms that monitor CCTV footage and other forms of surveillance. As the Daily Mail writes, there are real CCTV hubs used by police, with one in East Lancashire that covers "nearly 250 cameras and was hailed as the model for the future" in 2017.

"There's a real authenticity underlying the research done on this," The Capture's executive producer Rosie Allison told the newspaper. "It does pose a few questions, which are of our time — almost slightly beyond our time — about technological advancements. But it's scarily real."

More like this
This Is When Netflix Is Going To Start Charging You For Sharing Passwords
By Darshita Goyal
6 'Happy Valley' Easter Eggs You May Have Missed
By Sophie McEvoy
Claire Foy Spoke Out About 'The Crown's Gender Pay Gap
By Sam Ramsden
Olivia Colman Stars In First-Look Trailer For BBC's 'Great Expectations'
By Sabah Hussain and Sam Ramsden
Get The Very Best Of Bustle/UK
Sign up for Bustle UK's twice-weekly newsletter, featuring the latest must-watch TV, moving personal stories, and expert advice on the hottest viral buys.