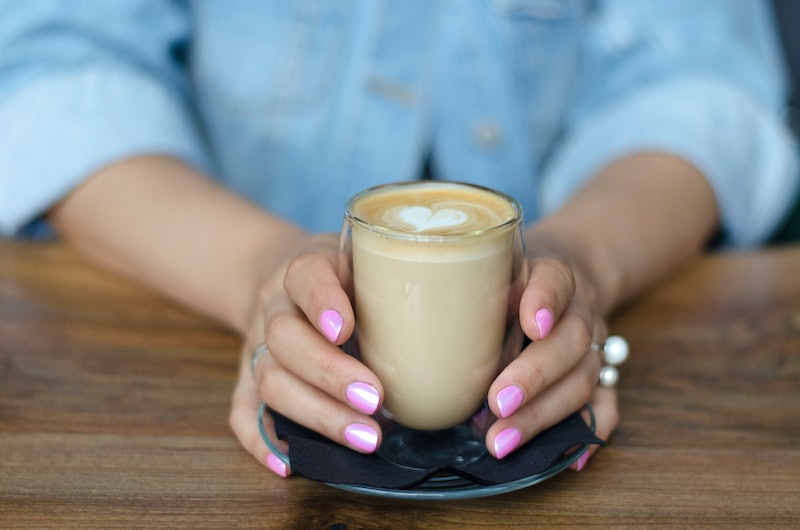 Coffee, like many beverages, has plenty of ups and downs. Aside from the 'high' it can give your snoozy morning self, it is said to have plenty of other benefits thanks to a high antioxidant content. But one question that remains up in the air is whether coffee can affect your sex drive.

“The impact of coffee on libido hasn't been extensively studied, but the little research that has been done suggests a small positive effect," notes GP and Medexpress medical advisor Dr. Clare Morrison. She says "this is true of both men and women" and " is thought to be because caffeine stimulates blood flow to the genitals."

For example, in 2006, scientists found that coffee could help boost the female sex drive, reports the BBC. And a 2015 study, published in the PLOS One journal, concluded that men who drank two cups of coffee a day lowered their erectile dysfunction risk.

There are some caveats to both of these studies. In the female-focused one, researchers linked the sex drive effect to stimulation of the brain region linked to arousal. However, the study only incorporated rats who had never consumed caffeine. Humans, therefore, may only see a similar effect if they are not regular coffee drinkers, noted researchers.

At the time, a spokesman for the British Coffee Association doubted the conclusion, telling the BBC: "We are not that convinced by this. Humans would have to drink 10 cups of coffee in one go to get the same effect and that is not the normal consumption level. There are health benefits of coffee, but, at this stage, I do not think we can include this as one."

The more recent study also capped any beneficial effect at two cups of coffee. As the Independent reports, men who consumed this amount were 42 percent less likely to suffer from erectile dysfunction. But this figure dropped slightly to 39 percent for men who drank three cups a day. In this case, the study authors thought the caffeine caused a chemical reaction that led to increased blood flow in the penis.

Drinking coffee in the morning, however, may not be the best thing for libido, according to one expert. “What happens with that morning cup of coffee is that you end up disrupting your blood sugar all day," hormone expert Alisa Vitti told Well+Good. “As a result, your adrenals start to under perform, and then you get too much cortisol and not enough DHEA.”

There is some evidence to suggest that steroid hormone DHEA can help people who are dealing with sexual function issues, including a lack of libido. But, as Medical News Today notes, no real conclusions can yet be made.

So while it's still unclear whether coffee can really impact your sex drive, other benefits have been proven. As the BBC reports, coffee may lead to improved memory and energy levels, may boost metabolism, and may even lengthen your lifespan. Some researchers have also claimed that coffee can protect against the likes of diabetes and Alzheimer's, although more research is still needed in these areas.

Of course, you shouldn't drink too much of it. Between four and five cups a day is thought to be the optimal amount, states Healthline.