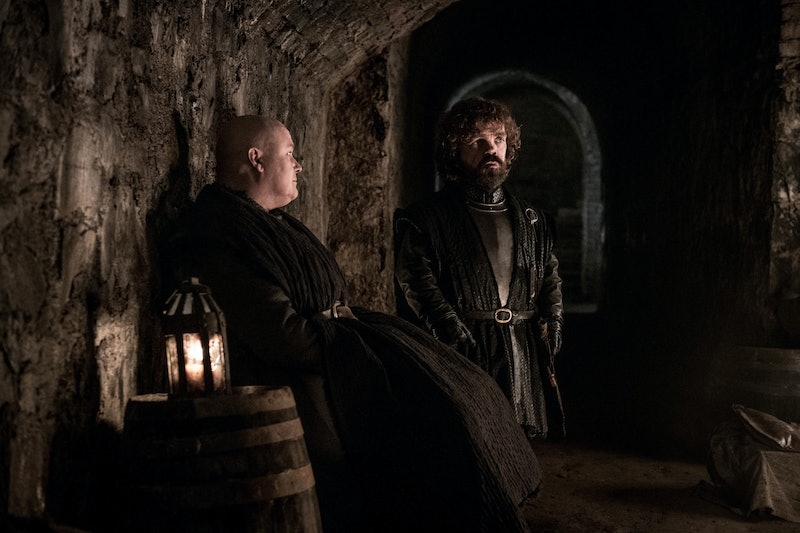 The second episode of Game Of Thrones' final season, "A Knight Of The Seven Kingdoms" features conflict, redemption, love, sex, wine, music, and pretty much everything that everyone loves about Game of Thrones. Between all of that, however, the show found opportunities for multiple main characters to mention that the crypts were the safest place in Winterfell, without considering whether or not the dead Starks will rise on Game of Thrones. You'd think that someone who is aware that the citizens of Winterfell are about to fight an army of the dead would say "hey, maybe don't stick people in the crypts, a location where the dead are traditionally stored," but that thought clearly hasn't crossed the minds of Westeros' wisest military leaders.

Game of Thrones is famous for killing of characters, but has taken special pleasure in its killing of Starks. The show has killed Ned Stark, Catelyn Stark, Robb Stark, Rickon Stark, and had so much fun killing the thought-to-be-bastard-son of Ned, Jon Snow, that the show brought him back to life just so that the show has the opportunity to kill him all over again.

But, while the risk of the dead Starks rising and attacking those hiding in the crypts is present, it actually isn't too likely. For starters, the person who built the Wall and instilled it with magical anti-White Walker properties, Bran the Builder, also built Winterfell, which suggests the crypts could have some anti-wight magic. Plus, the bodies of the royal Starks buried in the keep are likely entombed in such a way that should their bodies come back to life, they won't be able to escape their tombs. This also presumes that any of the recently dead Starks even ended up coming back to the crypts in good-enough form to be resurrected as warriors. The last that fans saw, Ned is without a head in King's Landing and Catelyn Stark and Robb Stark's bodies are somewhere in the Riverlands. If any Stark is going to come back from the dead it'll likely be Rickon who, frankly, isn't much of a threat.

While the dead in the crypts may not be a threat, the reason that so many people think the crypts are safe may simply be because there is informations about the crypts they are not privy too — specifically when it comes to secret entrances and exits. Maester Luwin revealed in Season 2 that, "There are... hidden passageways built so the Lords of Winterfell could escape." If there are ways to escape Winterfell through secret passageways — likely hidden within the crypts — then that means there are passageways through which someone could also get in.

While there are some theories that claim the crypts of Winterfell are hiding everything from The Great Other to a secret dragon, a twist like that may be a little too left-field for a show that hasn't dwelled too much about what impossible things could be lurking in the Winterfell crypts. If the crypts don't turn out to be the safest place in Winterfell, it likely won't be due to some great hidden evil or because the beheaded Ned Stark will start attacking his former citizens, but will instead be for the most mundane reason possible — a secret exit.