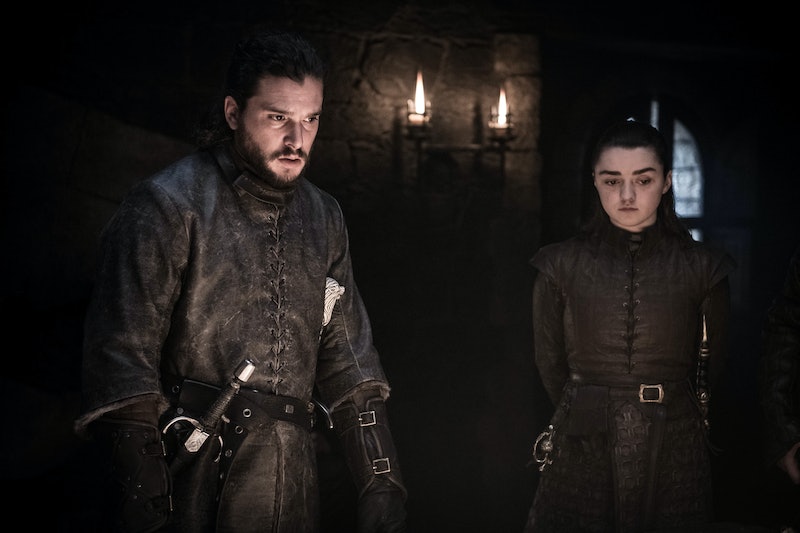 The Winterfell crypts have seen a lot of action in the final season of Game of Thrones. But Jon's Targaryen confession is tame compared to what's going to happen in the crypts during the Battle of Winterfell. Fans have been gearing up for the third episode with some Winterfell crypt theories on Game of Thrones. One theory in particular about the fact that the crypts are full of corpses and the Night King's whole M.O. is creating freaking zombies has been picking up steam. But there are plenty of more theories on Reddit where that came from. So before the White Walkers march on Winterfell and kill every character you care about, here are some ideas on what's going to go down in that totally super safe crypt.

During "A Knight of the Seven Kingdoms," you might have noticed how many characters kept saying how the crypts are the place to safely hide away from the White Walkers. And maybe all those mentions about the crypt being the safest place won't turn out to mean that everyone down there will die. Sure, it seems incredibly ominous to put the non-fighters in a place full of dead bodies while an army of the dead is headed toward them. But this is Game of Thrones, and there's gotta some information that the characters know about that viewers don't just yet. So maybe the people inside the crypt, which include Tyrion, Gilly, Little Sam, and Varys, aren't going to be sitting ducks for the wights ... or, even more horrifyingly, reanimated Starks. But this location has been getting too much attention to be ignored, so here are some theories about those Winterfell crypts from Reddit to consider.