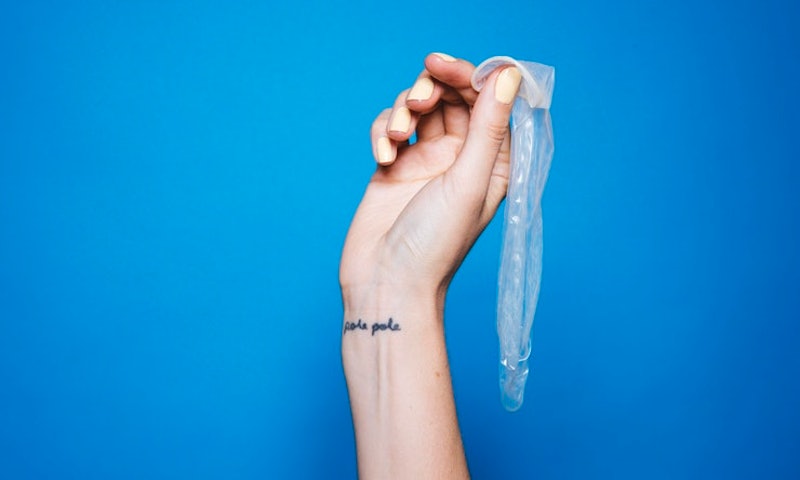 Can condoms be reused? At first glance, you might think… Maybe? Condoms are made of strong material, designed to take a lot of pressure and friction. That strength would suggest that you could reuse them if you wanted to? Maybe wash them out, lube them up again, and give it another go? I’m picturing a clothing line with little damp condoms hanging, all in a row. Could be a good way to help the environment and save some money, right? After all, “reuse” is part of the three Rs (reduce, reuse, recycle) of responsible environmentalism.

Sorry, my cheap and environmentally conscious friends but no. Condoms should never be reused, not even once, not even when you’re having sex with the same partner. Condoms are designed to be one-and-done: disposable after just one use. The fact that they're disposable is built into the design of how and why they're effective for blocking STD/STIs and preventing pregnancy. Beyond the “ick” factor, there are just too many variables at play when you’re considering reusing condoms for it to ever be a good idea — with one notable exception. But before we talk about that, let’s take a look at why it’s a bad idea to reuse condoms.

More like this
The 19 Best Tweets & Memes About Bisexual Awareness Week
By Lexi Inks
Breeding Kinks Have Been On The Rise Since Roe V. Wade Got Overturned
By Lexi Inks
Are Quality Time & Gift-Receiving Love Languages Compatible?
By Lexi Inks
6 Dating App Tips To Try If You're Looking For A Serious Relationship
By Lexi Inks
Get Even More From Bustle — Sign Up For The Newsletter