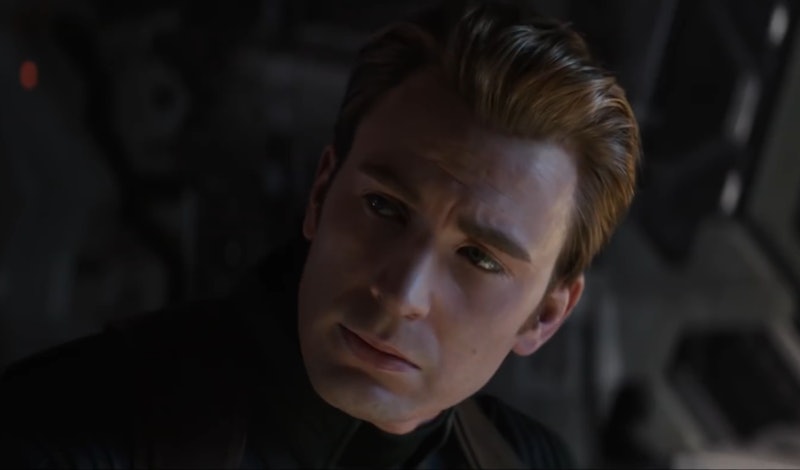 Cap shaves the day? After the long-awaited first Avengers: Endgame trailer dropped on Friday, Dec. 7, one of the many burning questions on fans' minds has obviously been: What happened to Captain America's beard? The dreamy facial hair Chris Evans' Cap rocked in this year's Avengers: Infinity War clearly had its time cut way too short, and now Marvel stans are mourning more than just Thanos' latest kills.

After all, they'd barely gotten time to marvel at Cap's glorious scruff. Even Thor (Chris Hemsworth) took note of his new look when he and the shield-carrying superhero came face to hairy face on an Infinity War battlefield. (Full disclosure: Thor did accuse Cap of stealing his look.)

Cap appears to obviously be grieving in the trailer, but moviegoers will have to wait until Avengers: Endgame hits theaters on April 26, 2019 to find out if it's due to the loss of his fallen comrades — or the loss of his beloved beard. In all seriousness though, there were some truly heartbreaking casualties in Infinity War, but despite heavy speculation going into the film, Cap, of course, didn't end up being one of them.

The character's fate moving forward, however, is a little more precarious. In early October, Evans announced on Twitter that he'd finished shooting Endgame (then known as Avengers 4) and was hanging up his shield after nearly a decade in the role.

"Officially wrapped on Avengers 4," Evans wrote to his more than 9.6. million Twitter followers. "It was an emotional day to say the least. Playing this role over the last 8 years has been an honor. To everyone in front of the camera, behind the camera, and in the audience, thank you for the memories! Eternally grateful."

To be fair, Evans had previously warned fans he'd soon be retiring the character. “You want to get off the train before they push you off,” he said in a March 2018 profile in The New York Times.

Plus, Marvel fans also got to see more of Evans' Captain America than the actor had originally planned. Evans previously told Rolling Stone that 2016's Captain America: Civil War would be "the last installment of Captain America." Even though the completion of that film would have satisfied his contractual obligations, Evans signed on for two additional Avengers films: Infinity War and, finally, next year's Endgame.

Before anyone has to even begin thinking about that though, today, the true heroes are the fans reacting to Cap's clean shave on Twitter. Two beard stans even went so far as to use their wit — and superb photo editing skills — to avert the existential fan crisis. "There. I fixed it for you all," Laura Sirikul posted along with an image that included illustrated facial hair.

Other Marvel fans were quick to point fingers toward a usual suspect. "I will never forgive Thanos for making Cap so tramatized [sic] he shaved his beard," tweeted Dani Fernandez.

@bratvaolicity claimed that they were the traumatized one.

Finally, some other fans, Casey Cipriani and @Weeaboo_Warren called it what it was: the real post-Infinity War casualty.

It's great to see Cap's short-lived beard get the all-star salute that it deserves.