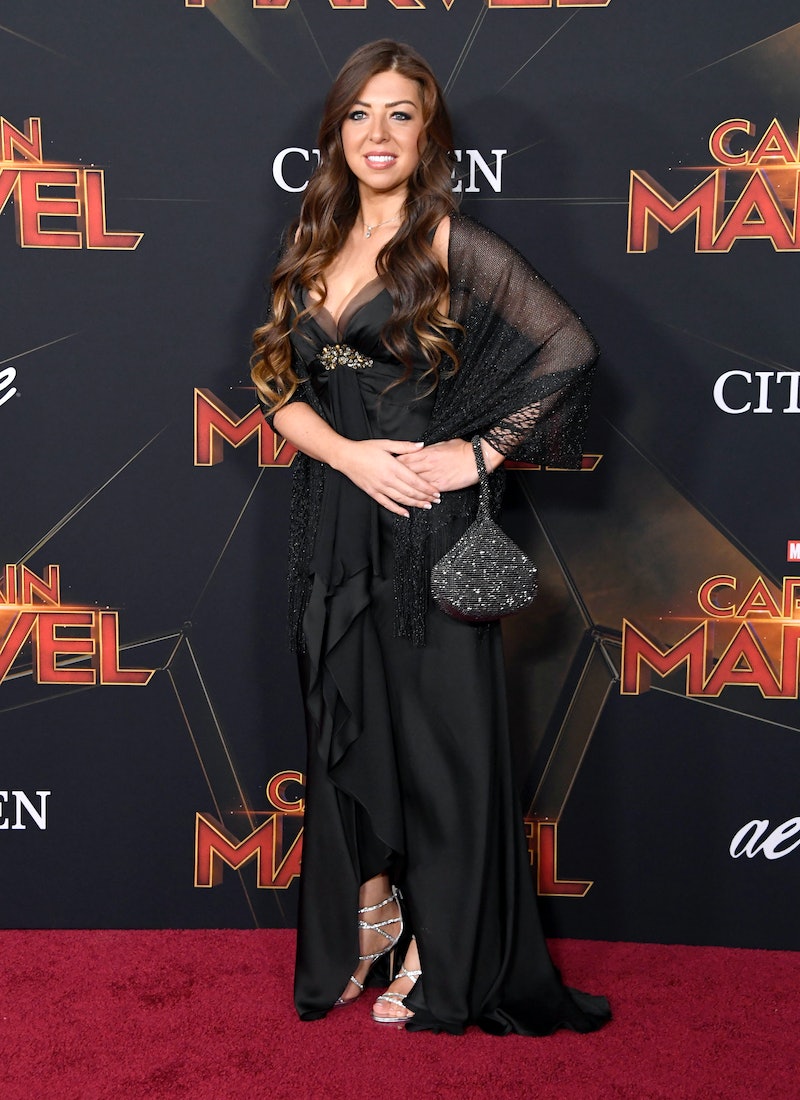 The arrival of Captain Marvel is a double-edged sword. Because it's the first Marvel film created around a woman hero, there's pressure on it to both be great and perform well. But in an ideal future, there will be many more Marvel Cinematic Universe movies where this one came from. Captain Marvel composer Pinar Toprak is the first woman to score an MCU film, but she doesn't think that qualification should be such a big deal. Speaking over the phone before Captain Marvel's wide opening, she explains why the phrase "female composer" makes her so uncomfortable.

"I have mixed feelings about that," Toprak says of the achievement. "I personally don’t like to be called a 'female composer.' I’ve never liked that because we don’t call male composers ‘male composers.’ So it’s an unnecessary piece of information in my opinion."

At the same time, Toprak can't deny that her hiring is a huge deal for the future of Marvel and action films in general. "I didn't really hit me until the premiere night," she says. "It’s hard to ignore what's being talked about. The need to say 'female' happens from the fact that there aren’t many. We need to get the firsts out of the way so that this is not news anymore, so that it becomes part of the norm. I understand the topic, but I’m waiting for it to not be news anymore."

Instead of focusing on Marvel's past hiring choices, Toprak was just thrilled to get this specific job job. "I had been a huge fan of the Marvel universe from the beginning so I was just really excited. As a composer, I always try to go higher, further, faster in my career, as well, so this was just an incredible opportunity," she says, quoting Carol Danvers herself. In fact, her most recent previous credits read like a clear path to Captain Marvel: The video game phenomenon Fortnite, the SyFy series Krypton, a Superman prequel, and additional music on Justice League.

To land the Captain Marvel gig, Toprak hired a 70-piece orchestra and a film crew to shoot an audition video for the Marvel powers that be. "I had to make sure that they see me in front of the orchestra," she says of her approach. "I also wanted to show another side of it, just me in my studio working in my intimate environment, and how I came up with the theme and just talked about my impressions and my approach. Because I knew that I wasn’t going to have any in-person meeting with everyone at Marvel."

That theme, Toprak explains, revolves around Captain Marvel's hybrid nature as a human and alien, soft and hard, tough yet tender. "The main thing for me was to capture her heart, her vulnerability, and her human side," she says. "The strength is kind of easier to convey, but how do you mesh the strength with the vulnerability? That’s the balance of writing something that hopefully doesn’t take away from the power, but it empowers you, it inspires you, it makes you understand her strength as well. But strength comes even more from the human side, from the emotions, from the heart."

Captain Marvel's score also utilizes some of the sounds of the era in which it's set. As more electronic instruments and methods came into play in the '80s and '90s, the movie scores of the time had developed a definite electronic vibe. Toprak wanted to incorporate those sounds to reflect the film's 1995 setting but also nod to its more science fiction elements. "We wanted to make sure to have that energy in some of the scenes and in the way we pay homage to the early '90s style of writing. For the cosmic scenes I wanted to create a different sound," she says.

All of her hard work and creativity paid off. Finally hearing her music for this film on the big screen was "euphoric," says Toprak. "I feel like time stopped and I couldn’t actually believe it. I said, 'Am I actually like daydreaming this? Is this actually happening?' and I lost the feeling in my legs. It was such a movie moment."

Growing up in Turkey, Toprak imagined from a young age that she would someday get to experience such a moment. Her love of movies and her love of music have always been intertwined, and she credits her father with sparking that initial interest in movie scores. "He loved American films so much so he would educate me on different directors and actors when I was really young," she recalls. "I was always fascinated with the music in all those films. I had a Walkman, being an '80s kid, and I would go near the TV and record the film so I could actually listen to the music and I remember being completely annoyed that there’s dialogue! I was really, really hooked."

From those early years, her favorite composers emerged. Ennio Morricone of the famed westerns like The Good, the Bad, and the Ugly is one. She also loves John Barry, who has scored many of the James Bond films; Elmer Bernstein (The Magnificent Seven, Ghostbusters); John Powell (the How to Train Your Dragon series); James Newton Howard (The Hunger Games and Fantastic Beasts series); Hans Zimmer (Inception, Interstellar) and John Williams (the Star Wars and Indiana Jones series).

That her heroes are all men speaks to the dearth of women in that section of the industry. According to the Center for the Study of Women in Television and Film, of the top 250 films at the domestic box office in 2018, 94 percent were scored by men. Growing up, Toprak didn't have many women in her field to look up to, and her female peers are slowly growing in number. So what advice might she give a budding young woman who wants to be a compose for films?

"Standing strong and staying true to your passions and looking at the overall arc rather than the daily ups and downs," she says, is key. "Put your horse blinders on. And once you’ve figured out the thing that lights you up, don’t have a plan B because if you have a plan B, you’ll end up doing plan B. There was time I listened to the people that told me I couldn’t do this. Luckily that didn’t last long."