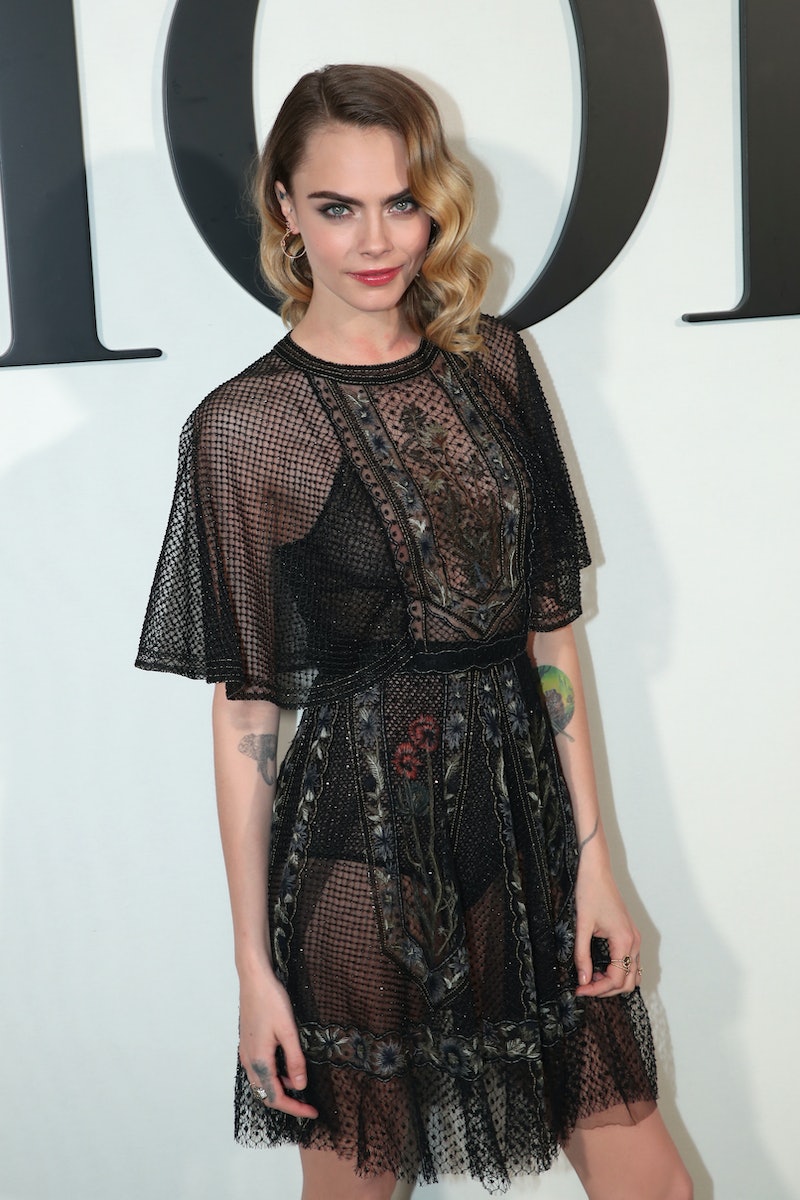 The dating life of a celebrity might look easy, but it's actually harder for some famous people than you might think. In a new interview, Cara Delevingne discussed dating in the public eye. She admitted that she feels bad for anyone she's dated in the spotlight, adding that being a public figure is one of the reasons she keeps her personal life so private.

"I’ve always felt bad for anyone I’ve ever been in a relationship with," she told Variety. "It's very hard to maintain the normality in it. I think it's why I tend to keep my private life a lot more private now, because that public thing can actually ruin a lot of things."

The Carnival Row star's dating comments come just a month afterher split from Ashley Benson after two years of dating. Their breakup first made headlines in May when People reported that multiple sources claimed they ended their relationship in early April. Neither actor has directly commented on their split, though Delevingne recently defended Benson and asked fans to not send the actor hate online.

Privacy is a matter of importance for Delevingne. While dating the former Pretty Little Liars star, Delevingne told Elle UK in September 2019 that her love life, specifically her relationship with Benson, was "sacred" and it's not something she'll just talk about with anyone. "I get why people care so much, and I don’t want to be so secretive that people think I’m ashamed of anything," she explained at the time, alluding to her and Benson. "But I’ve never been in a relationship where things are so public, or where I posted pictures of someone else."

At the time, she also said that she worried how outside influences might affect her relationship. "Because if it is something that is so good, you don’t ever want anyone to ever change it," she explained, "even though people shouldn’t have that power."

More like this
Bennifer's Relationship Timeline Now Includes A Grammy Date Night
By Jake Viswanath
Vanessa Hudgens Is Reportedly Engaged To Cole Tucker
By Jake Viswanath
Pamela Anderson’s Dating & Marriage History Could Be Its Own TV Series
By Jake Viswanath
Meghan Trainor & Daryl Sabara Are Expecting Their Second Baby
By Jake Viswanath
Get Even More From Bustle — Sign Up For The Newsletter
From hair trends to relationship advice, our daily newsletter has everything you need to sound like a person who’s on TikTok, even if you aren’t.